Boris Johnson Is in Trouble, the Question Is, How Much? 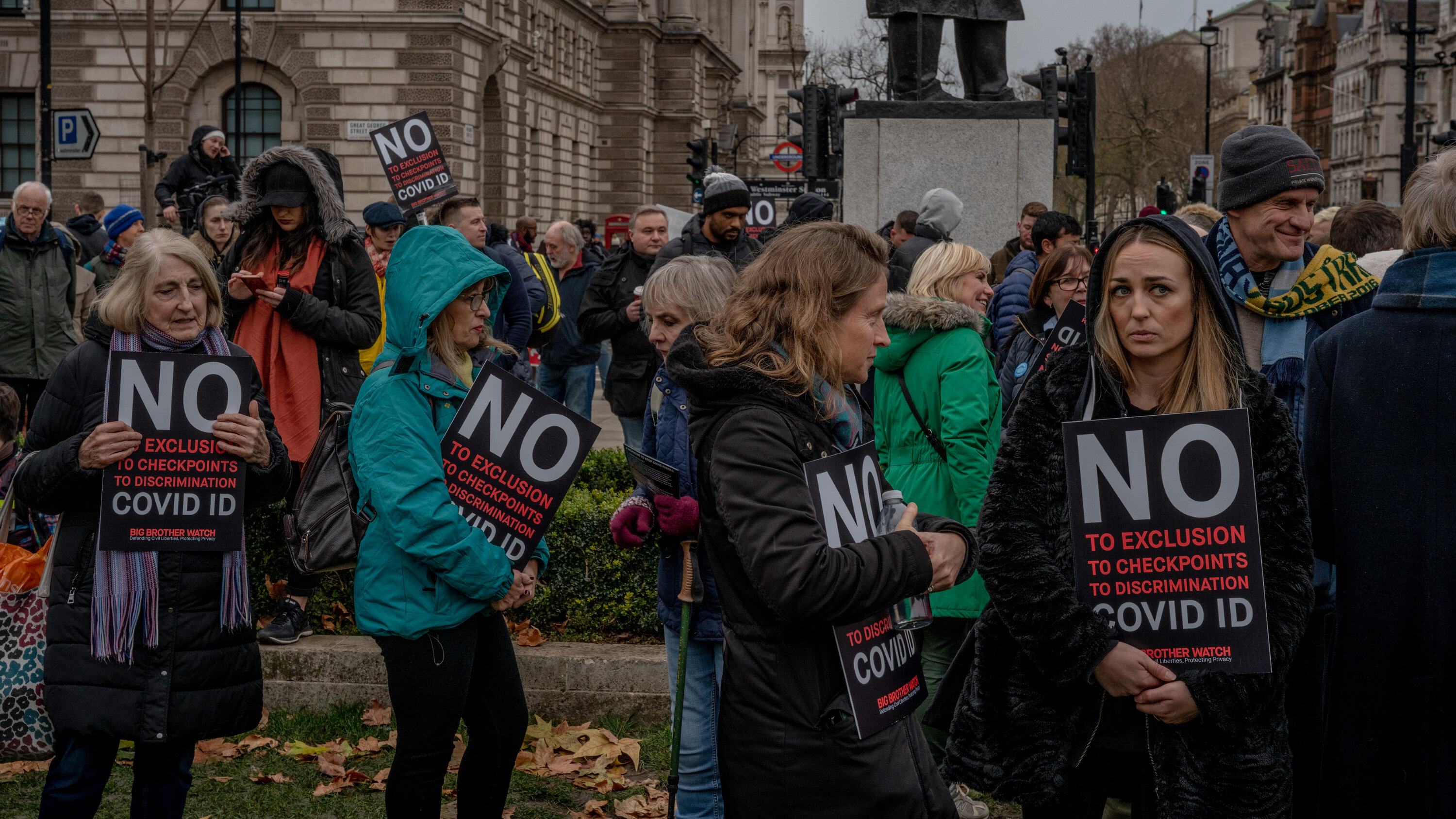 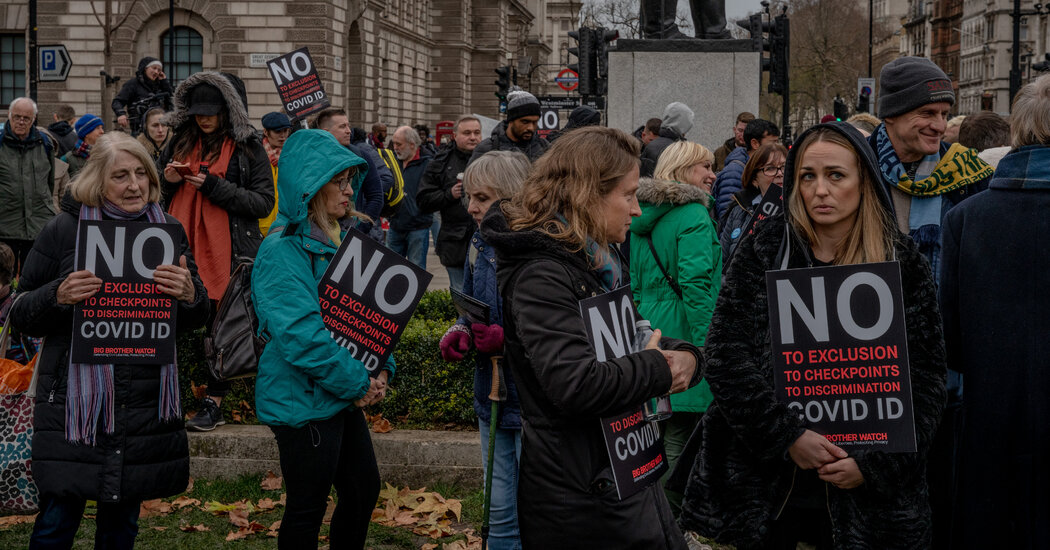 LONDON — When Prime Minister Boris Johnson of Britain warned his country in a televised address on Sunday night that a tidal wave was coming, he might well have been talking about his own political future.

Mr. Johnson’s reference was to the latest coronavirus variant, which is sweeping across Britain and prompted him to ramp up a campaign to deliver 18 million booster shots by New Year’s Day. But the prime minister faces a different kind of deluge: from a rebellious Conservative Party, collapsing poll ratings and persistent questions about whether he or his staff flouted the very lockdown rules they imposed on the public.

The cascade of bad news is so extreme that it has raised questions about whether Mr. Johnson will even hang on to power until the next election. It is an ominous turn for a leader who has long defied political gravity, surviving scandals and setbacks that would have sunk many other politicians.

“It’s not the end for him, but I think it’s the beginning of the end,” said Jonathan Powell, who served as chief of staff to a Labour prime minister, Tony Blair. “The problem is that these crises have a cumulative effect. As soon as he ceases to be an asset and the party is facing an election, they’ll get rid of him.”

With no general election likely for at least two years, there is no immediate threat to Mr. Johnson from the voters. But if Conservative lawmakers decide that Mr. Johnson’s unpopularity is jeopardizing their political futures, they have the power to eject him through an internal leadership vote — or a vote of no confidence. For the first time, political analysts and party members said, such a challenge seems plausible.

Mr. Powell cautioned that this could be a protracted drama; Mr. Johnson, 57, has shown an almost preternatural ability to bounce back from adversity, and despite the recent disgruntlement in his party, he retains an advantage of about 80 seats in Parliament.

But this week showcases the sheer number of problems threatening him, from a difficult vote in Parliament on the virus restrictions he announced, to an election in which the Conservative Party is at risk of losing a once-safe seat.

Then, too, there are a swirl of questions following the disclosure that Mr. Johnson’s staff held a Christmas party last year at a time when the government was instructing the public not to go to parties or even visit with family members. Mr. Johnson was pictured attending another get-together at 10 Downing Street — a Christmas quiz over Zoom, with two festively-clad colleagues at his side — around that time, which will add to the perception of a double standard for those in power.

The backlash has been swift and stark. Mr. Johnson’s rating has plummeted to 24 percent approval and 59 percent disapproval, the lowest of his tenure, according to a poll by the market research firm Opinium. The opposition Labour Party has jumped to a lead over the Conservatives of 9 percentage points, its largest advantage since February 2014.

For Mr. Johnson, the rapidly spreading Omicron variant could help him politically, giving him a fresh public-health crisis around which to mobilize another national vaccination campaign. Britain’s rapid rollout of vaccines early in the year buoyed the government, though the pace fell off later in the summer, and Britain’s rate of fully vaccinated people now trails those of France, Italy and Portugal.

There was anecdotal evidence on Monday that Mr. Johnson’s urgent call for booster shots had resonated with the public: people booked more than 110,000 appointments by 9 a.m. on Monday morning, causing the National Health Service’s website to crash under the weight of the demand. Long lines formed outside vaccination sites, including one that snaked around St. Thomas’s Hospital, across the river from Parliament in London.

Mr. Johnson’s target of injecting all people aged 18 and older with a booster by the end of this month — a month earlier than the target he set on Nov. 30 — seems far-fetched at best. But some experts point out that even if the N.H.S. achieved the goal, it would not avert a surge in infections, since the variant was already circulating widely in the population.

“It’s probably too late,” said Tim Spector, a professor of genetic epidemiology at Kings College London. “The boost takes a week to work, and Omicron will have taken over from Delta in two weeks.”

While the vaccine campaign is widely popular, factions of Mr. Johnson’s party stridently oppose additional virus restrictions, like urging people to work from home or requiring them to show vaccine certificates or proof of a negative test to enter nightclubs or large sports arenas. When the government puts these measures to a vote on Tuesday in Parliament, 60 or more Conservatives lawmakers are expected to vote against Mr. Johnson; that’s a striking number of defections, and one that would put him in the awkward position of relying on the opposition.

The backbenches of the Conservative Party are simmering with frustration about what many perceive as the government’s incompetence and Mr. Johnson’s serial duplicity. In addition to the holiday party affair — which is under investigation and could result in a finding of wrongdoing later this week — he faces questions over whether he misled his ethics adviser when he denied that he knowingly used political donations to pay for the costly refurbishment of his Downing Street apartment.

The drumbeat of questions about Mr. Johnson’s honesty has chipped away at his support, even in the pro-Tory news media. Daniel Hodges, a columnist in the right-leaning Mail on Sunday, recently likened Mr. Johnson to former President Richard M. Nixon and accused his aides of lying consistently.

“There are several reasons for this,” Mr. Hodges wrote. “One is obviously Boris himself. As a former minister said: ‘He treats facts like he treats all his relationships — utterly disposable once inconvenient.’”

In the normally friendly Daily Telegraph, for which Mr. Johnson once worked, Allister Heath, a prominent conservative journalist, questioned whether the prime minister could recover. “There is an overpowering fin-de-regime stench emanating from Downing Street that can no longer be ignored,” he wrote.

An early test of Mr. Johnson’s resilience will come on Thursday, when voters in North Shropshire, a district near Wales, fill a seat vacated after a Conservative lawmaker, Owen Paterson, resigned in a flap over his outside lobbying activities. Oddsmakers now expect the Tories to lose the seat to the Liberal Democrats.

That would be a demoralizing setback for both Mr. Johnson and his party; those are the type of working-class voters that swept Mr. Johnson to power and whom he needs to hold on to if he wants to win again in the next election.

“The Tories are more willing to get rid of their leaders than the other political parties: we do it much more quickly and ruthlessly,” Mr. Hayward said. “But the loss of support is attritional; it isn’t over one particular event.”