How to Prevent Climate Disasters 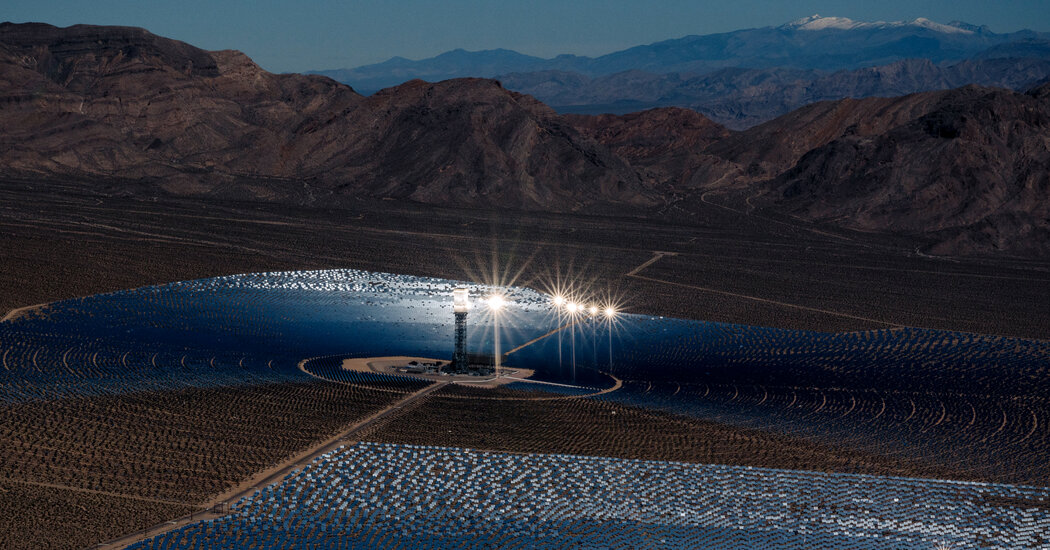 The world has made more progress combating climate change than you may realize.

Greenhouse gas emissions have been falling for about 10 years in the U.S. and Japan, and for even longer in Europe. More recently, they have begun falling in Brazil and Russia. A decade ago, the world was on pace to warm by about 7 degrees Fahrenheit by the end of this century. Today, the number is closer to 5.5 degrees.

The current scientific consensus is that the world should hold warming to no more than 2.5 to 3 degrees Fahrenheit (or about 1.5 degrees Celsius). Even that will cause substantial damage. But anything more could be catastrophic, with more deadly floods, wildfires and heat waves — as well as destroyed communities, animal extinctions and the potential for geopolitical chaos.

How can the world get from where it is to where it needs to be?

That is the focus of a two-week U.N. conference in Glasgow that began yesterday, including President Biden and other world leaders. (Here’s the latest Times coverage.)

I think it’s helpful to think of the climate solution as having two main parts. They are interconnected, and they’re the subject of today’s newsletter.

First, the rich nations of the world will need to accelerate their shift away from polluting energy sources like coal and oil. This acceleration will have to be substantial, but it is not too hard to imagine.

It does not depend on huge scientific breakthroughs, welcome as they would be. It can happen largely with existing technologies, like wind, solar and nuclear power and the electrification of vehicles.

For the U.S. to do its part, greenhouse gas emissions would need to drop 50 percent below their 2005 levels by the end of this decade. That may sound daunting, but emissions have already fallen about 19 percent relative to 2005. Without further action, they are on pace to decline 23 percent.

As Senator Ed Markey of Massachusetts, a co-author of the Green New Deal, told me, “We’re on second base, and people don’t even realize it.”

Finishing the job will still require significant changes. The climate provisions in the legislative framework that Biden announced last week would make a major difference, by giving consumers and businesses tax credits to use clean energy sources.

Using Markey’s baseball analogy, Biden’s plan would get the U.S. close to third base. From there, the federal government would likely need to regulate pollution more aggressively, while states, local governments and companies would need to take their own actions. It is all feasible, but hardly guaranteed.

The biggest obstacles are political. Nearly all Republican members of Congress oppose meaningful action to slow climate change, putting them at odds with scientists and conservative parties in many other countries. Republican appointees on the Supreme Court may make the job more difficult by blocking climate regulation. And several key Democrats, notably Senator Joe Manchin of West Virginia, have opposed pollution reductions at times to protect local industries.

Europe has made more progress than the U.S. has, but faces its own challenges. A recent surge of electricity prices in Europe — part of rising inflation around the world — has caused some unhappiness with the continent’s shift toward green energy, as my colleagues Melissa Eddy and Somini Sengupta describe.

This chart makes clear why the actions of rich countries are so important:

Some high-income countries, including the U.S., remain among the world’s biggest polluters per capita.

Of course, avoiding a catastrophic climate outcome does not depend only on rich countries, partly because of how many people live in lower-income countries.

Overall, China has become the world’s largest emitter of greenhouse gases, well ahead of the U.S. India ranks third and Indonesia fourth. And unlike the U.S. and Europe, poorer countries have made relatively little progress in moving toward clean energy.

This chart compares the trajectory of greenhouse-gas emissions in four major economies with what their leaders have pledged to do — and what they would need to do to keep global warming to 1.5 degrees Celsius:

(I recommend this newly published Times article, which has charts covering more countries.)

Leaders in China and India argue that when the U.S. and other countries were emerging from poverty in the past, they didn’t have to worry about what kind of energy sources they were using. That’s true. But the reality is that the world probably cannot avoid terrible climate outcomes without significant changes by poorer countries.

If China cares as little about the planet as England did during the Industrial Revolution, everybody will suffer.

International diplomacy — whether it happens in Glasgow or afterward — can play a central role here. As Brad Plumer, a climate reporter for The Times, told me, “We have seen the steady grind of diplomacy over the years result in some real progress, even if there might never be one decisive moment where everyone can declare victory.”

China has responded to diplomatic pressure on climate in the past, especially when the U.S. president was also taking the issue seriously. During the Obama administration, China took multiple steps to reduce emissions and, in September, it agreed to stop building overseas coal plants. India and other lower-income countries, for their part, have made clear that their actions will depend in part on how much aid they receive from richer countries.

One helpful dynamic is that many leaders in lower-income countries have self-interested reasons to reduce pollution. Doing so can increase domestic political stability, by improving living standards, and can help the countries compete in growing clean energy industries, like electric vehicles.

The world has a lot of work to do if it’s going to avoid catastrophic climate outcomes. And those outcomes have a frighteningly high chance of happening. But the most promising solutions are not a mystery.

Quiz time: The average score on our latest news quiz was 8.7. Can you do better?

A Times classic: Don’t believe these myths about estrangement.

Lives Lived: Jerry Remy spent seven seasons in a Boston Red Sox uniform and another 34 years as the team’s broadcast analyst. Fans elected him as the first president of the fan club Red Sox Nation. He died at 68.

Drink cocktails, and turn it into research. That’s what two experts on bars and alcohol did.

David Wondrich and Noah Rothbaum have created a book that they say has no clear antecedent: “The Oxford Companion to Spirits and Cocktails,” a 900-page tome with more than 1,150 entries on alcoholic drinks. They started the project about a decade ago. “Naïvely, going into it, I thought, ‘We’ll do this two, three years,’” Rothbaum told The Times.

In the book, you will find that rum got its start in Asia; that the secret recipe for the Italian aperitivo Campari was based on Stoughton’s bitters, an English product; and that rock and rye, a sweetened whiskey drink that has recently made a comeback, began as a quack cure for tuberculosis. — Claire Moses, a Morning writer