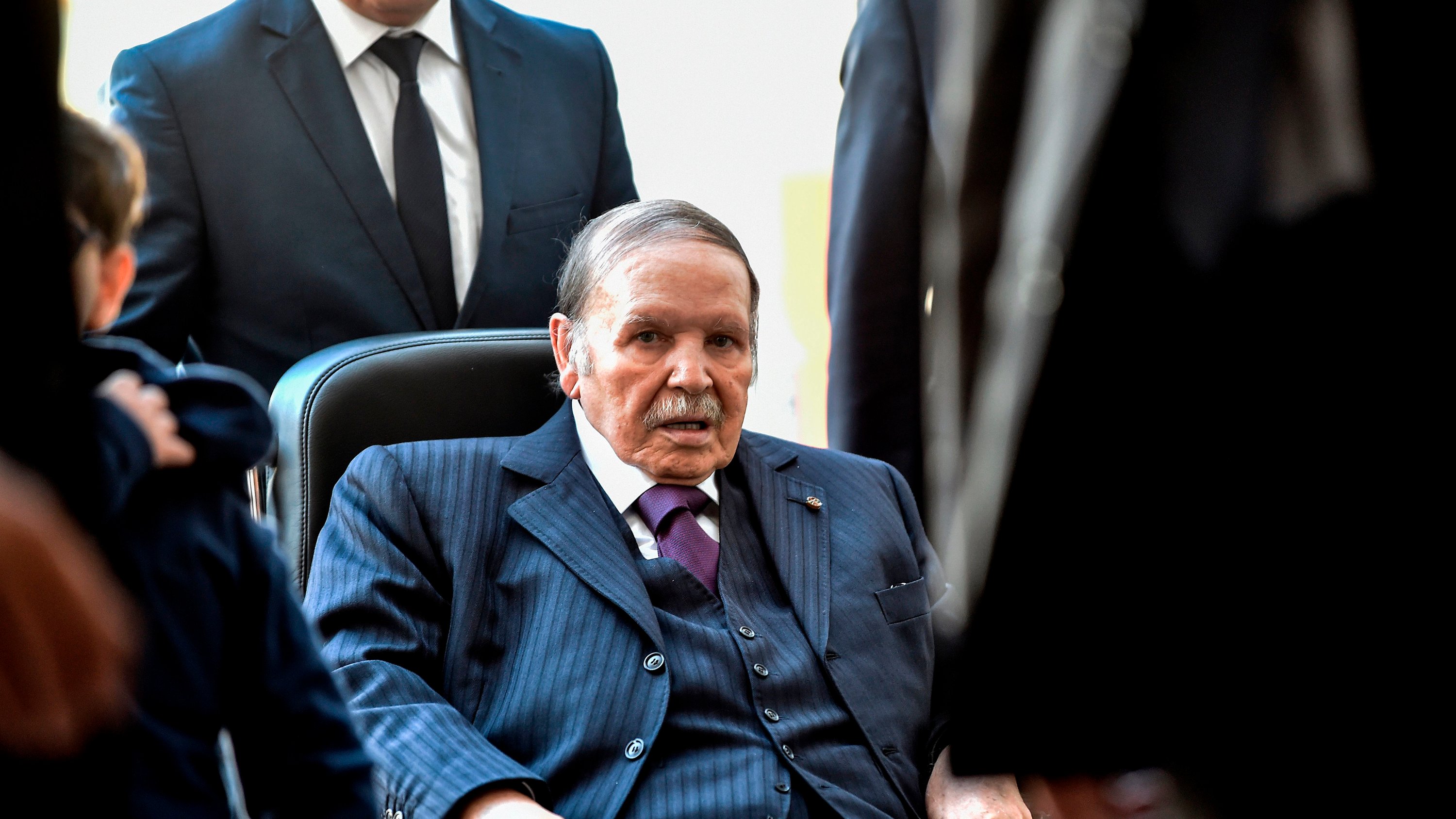 ALGIERS — Abdelaziz Bouteflika, who joined his country’s fight against French colonial rule in the 1950s, rose to foreign minister at 26, went into exile over corruption charges and then returned to help lead the nation out of civil war, has died, He was 84.

Algerian state television reported his death on Friday but provided no other details.

Mr. Bouteflika, who was forced out of the presidency in 2019, led Algeria for 20 years, longer than any of his predecessors.

He had a stroke in early 2013 and spent two and a half months in a French military hospital and many more months recuperating.

After the stroke, Mr. Bouteflika was rarely seen in public or on television, leaving the impression with many that the country was being governed by his inner circle, which was suspected in numerous corruption scandals.

Despite his health problems, he insisted on running for a fourth term in April 2014, a decision that divided the ruling elite, the military and the country’s intelligence apparatus. Algeria’s main opposition parties refused to take part in the election, and when Mr. Bouteflika was returned to power with an unlikely 81 percent of the vote, they refused to recognize the result.

Protests broke out in late February 2019, when it was announced that Mr. Bouteflika would run for a fifth term in elections scheduled for April 18. Hundreds of thousands of demonstrators protested peacefully in central Algiers on March 1, chanting “Bye, bye, Bouteflika” and “No fifth term!” amid news reports that he had left the country for medical tests in Geneva.

By April, the popular unrest had forced his resignation.

Mr. Bouteflika was born to Algerian parents on March 2, 1937, in Oujda, Morocco, then a French protectorate, where he grew up and went to school. (His Moroccan beginnings usually went unmentioned in his official Algerian biography.)

When he was 20 he joined the National Liberation Army in its insurgency against Algeria’s French colonial administration and served in the so-called Borders Army, which operated from Moroccan territory. He became a close assistant to the revolutionary leader Houari Boumediene.

After Algeria won independence in 1962, Mr. Bouteflika was appointed minister of youth and sports in the government of Ahmed Ben Bella, Algeria’s first elected president. He headed Algerian delegations to negotiations with the French in 1963 and was appointed foreign minister that year.

In 1965 he was an important actor in a bloodless coup led by Mr. Boumedienne that overthrew President Ben Bella. Mr. Bouteflika remained in charge of the foreign ministry until Mr. Boumediene’s death in December 1978. A talented and dashing foreign minister, he led a policy of anti-colonialism and noninterference and brought Algeria to prominence as a leader of the nonaligned movement and a founding member of the African Union.

For a while Mr. Bouteflika was mentioned as a potential successor to Mr. Boumedienne. That changed when he was arrested on charges of misappropriating millions of dollars from the foreign ministry’s budget over the years and tried by the Court of Auditors. He decided — or was forced — to go into exile abroad for six years.

Returning to Algeria in 1987, he rejoined the Central Committee of the National Liberation Front, the political arm of the independence movement. But he remained a backstage figure through most of the 1990s, when military and intelligence figures dominated the government amid Algeria’s war with Islamist insurgents.

The uprising began when the government aborted elections to avert a landslide victory by the Islamist party, the Islamic Salvation Front, also known by its French abbreviation, F.I.S.

Mr. Bouteflika made his way back to the forefront as the civil war was coming to an end. Running for president in 1999, he found himself the only candidate left standing after six rivals pulled out in protest, saying the conditions under which the election took place were unfair.

As president he promoted the concept of “national reconciliation,” imposing a de facto amnesty on all antagonists of the war, whether Islamists or members of the military. Both sides had been accused by human rights organizations of committing atrocities during the war, which left an estimated 200,000 Algerians dead.

Mr. Bouteflika won three more elections after that, the last one in April 2014, after the Algerian Constitution was amended to allow him to run without term limits. His supporters credited him with restoring peace and security to the country after a decade of ruinous war and suggested that he was the only person capable of uniting the country in its aftermath. Opponents blamed him for economic stagnation and increasing corruption and cronyism as his rule lengthened; by the end they were criticizing as selfish his refusal to cede power when his health was failing.

Nevertheless, he ensured that Algeria remained an important influence in North African regional affairs. He cooperated discreetly with France and the United States on counterterrorism strategy in the region, and he helped mediate conflicts and political instability in the neighboring states of Mali, Libya and Tunisia.

Mr. Bouteflika was only briefly married and had no children. He is survived by a brother, Said, who was imprisoned after Mr. Bouteflika’s resignation and convicted in 2020 of conspiring against the state and undermining the military.