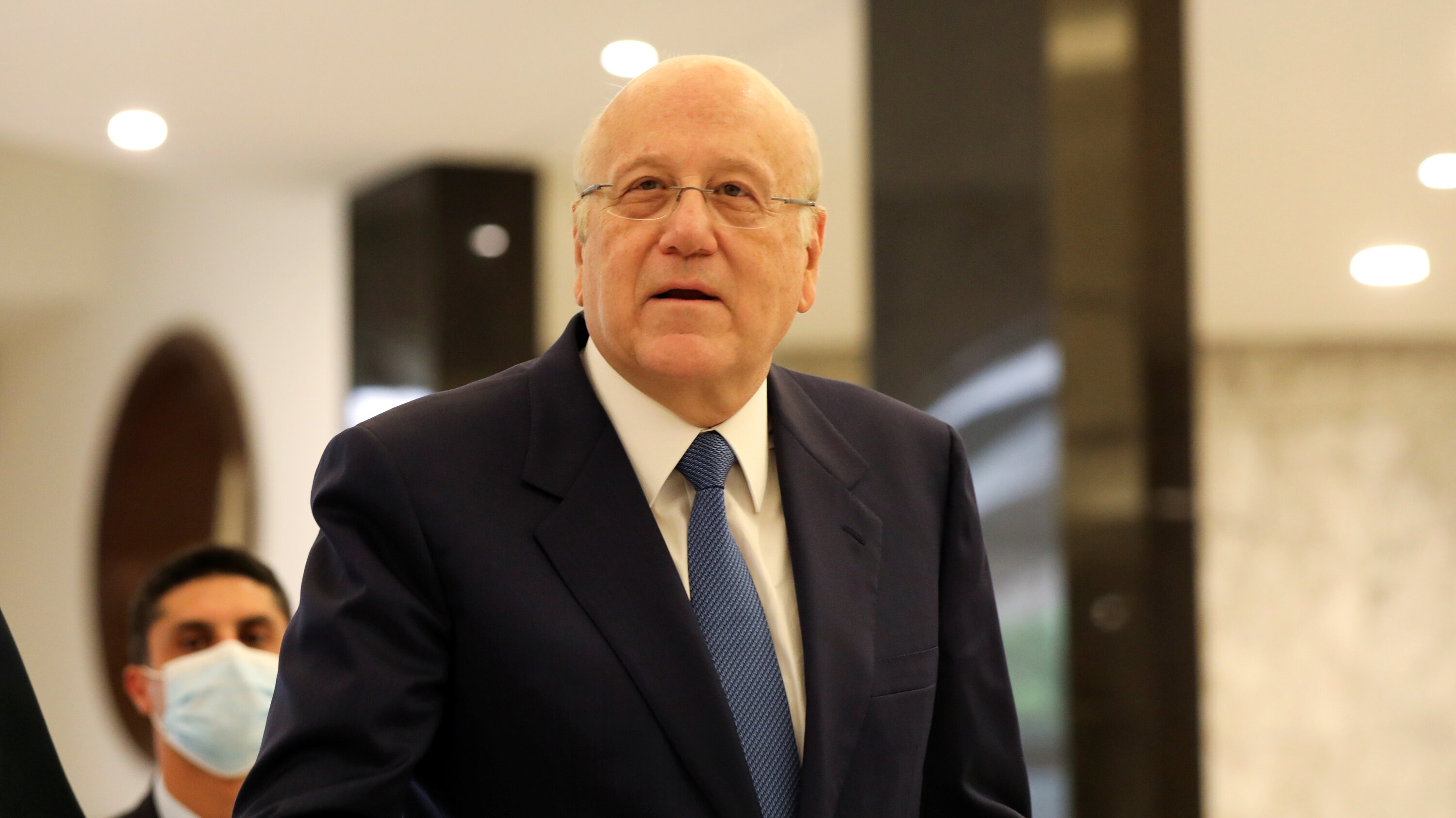 BEIRUT, Lebanon — Najib Mikati, a billionaire telecommunications tycoon, became the prime minister of Lebanon on Friday, seizing the reins for a third time in a country that has been without a government for more than a year while its people careened deeper into an economic abyss.

The formation of Mr. Mikati’s cabinet was announced from the Presidential Palace after Mr. Mikati and President Michel Aoun signed a decree to make it official in the presence of the speaker of Parliament, Nabih Berri.

Dispensing with the tradition of reading prepared remarks, Mr. Mikati delivered an emotional speech, summarizing the suffering of the Lebanese and calling for unity to pull the country out of the crisis.

Appearing to choke up, he mentioned mothers who couldn’t find basic painkillers or baby formula, fathers who couldn’t explain to their children why so many of their peers had fled the country, and workers who had lost their savings in insolvent banks and whose salaries were now worth a fraction of what they were just two years ago.

“The situation is very hard and all of us know it,” Mr. Mikati said. “But it is not impossible if we all stand together as Lebanese.”

Lebanon, a small, turbulent Mediterranean country, is suffering through an economic collapse that the World Bank has said could rank among the three worst in the world since the mid-1800s. Since fall 2019, the national currency has lost more than 90 percent of its value against the dollar, unemployment has spread, businesses have closed and prices have skyrocketed.

Grave fuel shortages in recent months have left all but the wealthiest Lebanese struggling with extensive electricity cuts and long lines at gas stations. The country’s once celebrated banking, medical and education sectors have all taken huge hits, as professionals have fled to jobs abroad.

Lebanon has been without a fully empowered government since August of last year, when Prime Minister Hassan Diab and his cabinet resigned after a huge explosion in the Beirut port that caused extensive damage to the Lebanese capital and killed more than 200 people.

The explosion was caused by the sudden combustion of whatever was left of 2,750 tons of hazardous chemicals that had been unloaded into the port years before. Many Lebanese saw the blast, and the efforts by powerful politicians to hobble the investigation into its causes, as the starkest example yet of the country’s deep dysfunction.

Two other designates gave up after failing to form governments in Lebanon’s complex system of sectarian power-sharing, and it took Mr. Mikati more than six weeks to succeed, an effort that included more than a dozen meetings with Mr. Aoun.

Mr. Mikati has served as prime minister twice before, most recently from June 2011 to May 2013, a background that critics said made him part of the political elite that had driven the country into the ground and an unlikely figure to press for wide-reaching reforms.

His 24-member cabinet contained only one woman, the minister of administrative development. The rest included some figures with clear ties to the country’s main political parties as well as some outsiders.

Lebanon has sought aid from the International Monetary Fund, the United States, France and other countries, but most promises of assistance have been contingent on the formation of a government and on the implementing of measures aimed at increasing transparency in a country where systematic corruption is a perennial problem.

It was not clear what immediate steps Mr. Mikati would take to stem a crisis whose causes have been accumulating for many years, but he said he would solicit aid from other Arab countries.

Traditionally, countries such as Saudi Arabia have invested heavily and supported preferred political parties in Lebanon, but much of that support has dried up as foreign backers have grown tired of the country’s perpetual dysfunction.

One exception is Iran, which continues to give financial and political backing to Hezbollah, the militant group and political party, which is committed to the destruction of Israel and which the United States considers a terrorist organization.

Mr. Mikati had previously said that he would work toward implementing a framework proposed by France and engage with the International Monetary Fund.

But Lebanon’s current financial straits could tie his hands.

One looming issue is the government’s inability to subsidize imports of food, medicine and fuel, which has caused shortages and rampant inflation.

Mr. Mikati told reporters that the subsidies would have to go, not because he wanted to get rid of them, but because the government was broke.

“Where are we going to get dollars to subsidize? We are dry,” he said. “It is not our desire, but we don’t have any reserves or money that allows us to help.”

Lebanon has long been a battleground for influence between the United States and its partners in the region and Iran and the so-called “axis of resistance” it leads, which includes Hezbollah, Syria and other anti-American forces.

Mr. Mikati did not talk about how his cabinet would handle this struggle, despite an international showdown over who can help fix the country’s electricity problems.

Iran has sent oil tankers that Hassan Nasrallah, the head of Hezbollah, has said will assuage the country’s power woes. U.S. officials have warned that accepting fuel from Iran or Hezbollah could lead to sanctions, and are working to fire up an arrangement by which Lebanon would receive electricity generated with Egyptian gas and transmitted from Jordan through Syria.

It remains unclear if the plan will work or when it will get off the ground.

Mr. Mikati, 65, has been a well-known figure in Lebanese business and politics for decades. A company he co-founded with his brother has international investments in telecommunications, real estate and other sectors, contributing to his net worth of $2.8 billion, according to Forbes.

A Sunni Muslim from the northern Lebanese city of Tripoli, he has held various cabinet portfolios in addition to his previous terms as prime minister and is a member of Lebanon’s Parliament.