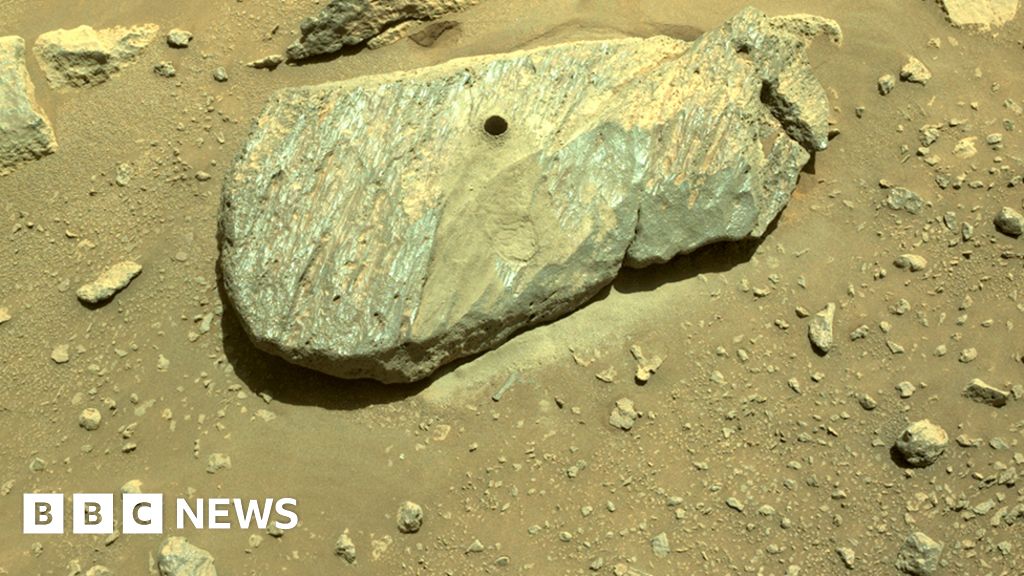 Before sealing this cylinder, however, the rover will image the contents. It was at this stage in early August during the first sampling attempt that Perseverance scientists realised they had nothing in the tube; the coring mechanism had shattered the rock to a powder that then fell back on to the ground around the drill hole.