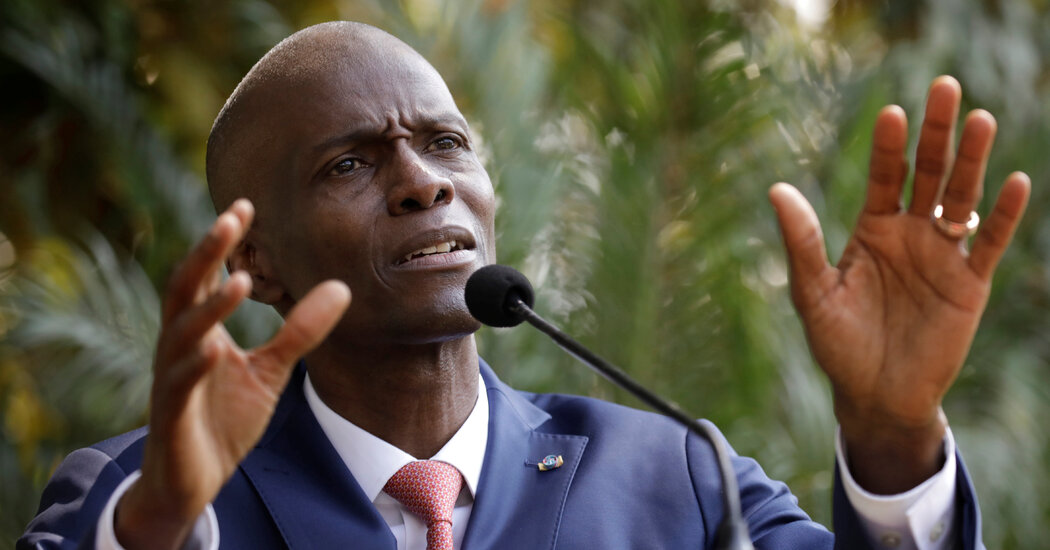 There had been no specific warning of the overnight attack, said the ambassador, Mr. Edmond.

It was not clear whether all the suspected assassins had been killed or arrested in the gun battle with the police. Because the country’s airport was closed down on Wednesday, some might have slipped across the border to the Dominican Republic, which shares the island of Hispaniola with Haiti, or escaped by sea.

Mr. Edmond said he has been in touch with the White House, the State Department and the American ambassador to Haiti, and has called on the United States for help.

The support, he said, would help “to make sure Haiti doesn’t go even deeper into a spiral of violence,” and specifically, “to make sure that the Haitian police have the necessary means to put the situation under control.”

Because of its chronic instability, Haiti has a large diaspora, with some of the largest communities based in the United States, Canada, France and the Dominican Republic. Generally politically divided, Haitians abroad followed the news of Mr. Moïse’s killing united by their shock and despair, said Leonie Hermantin, a Haitian community leader in Miami.

“Even for those of us who weren’t necessarily in support of him, this is not what we had envisioned as an outcome of regime change,” she said.

“The diaspora is united in its sadness,” she added. “There’s no one celebrating.”