Prominent Dutch Crime Reporter Is Shot in Center of Amsterdam 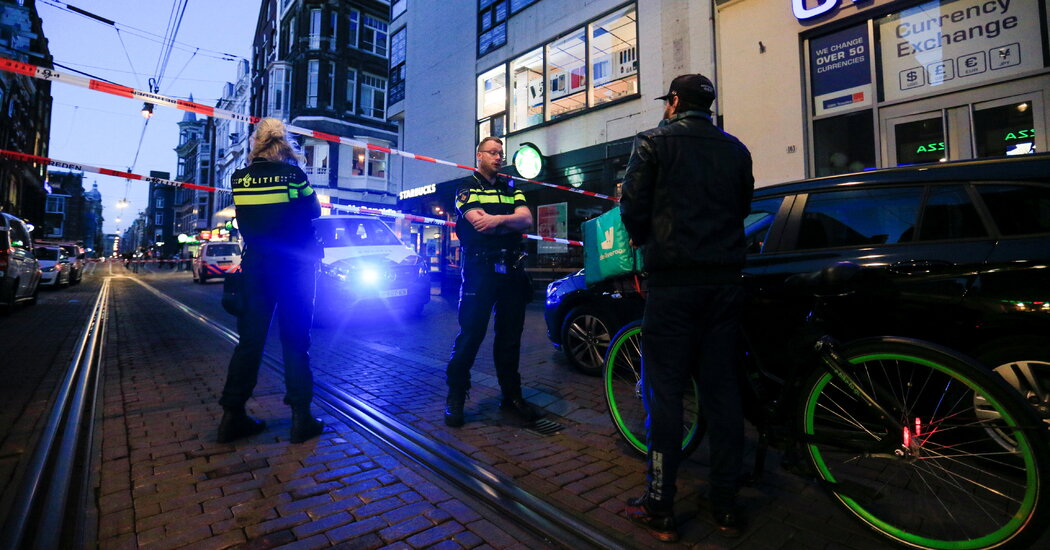 AMSTERDAM — A well-known Dutch crime reporter was shot in the head on Tuesday night after leaving a TV studio in the center of Amsterdam, the police said.

Videos on social media showed Peter R. de Vries, 64, lying on the street with blood streaming from his face. “He is still alive,” a bystander can be heard saying. The police wrote on Twitter that he was “seriously injured” and had been transported to the hospital.

Mr. de Vries, who has long been a fixture in the Netherlands for solving cold cases and hosting his own televised crime show for nearly two decades, has said he regularly received death threats.

Over the past year, Mr. de Vries, who is also the director of a law office, had been an adviser to a key witness in a trial over multiple killings allegedly ordered by a crime organization. Ridouan Taghi, accused of being the gang’s leader, is a Dutch-Moroccan, who was arrested in Dubai in 2019 and is the prime defendant in the case.

After the shooting, Prime Minister Mark Rutte and Ferdinand Grapperhaus, the justice minister, held an emergency meeting with security authorities. This was “an attack on a brave journalist and with that an attack on free journalism,” Mr. Rutte said.

The police said they had arrested three people, one of whom could be the “possible gunman,” but didn’t provide any more information about the suspects. The police did not comment on a motive.

Femke Halsema, the mayor of Amsterdam, called Mr. de Vries “a national hero for all of us,” at a news conference, describing the attack as a “brutish, cowardly crime.” She added that Mr. de Vries was “fighting for his life.”

Amsterdam — as well as other Dutch cities — has been the scene of multiple shootings over the past decade, in which criminals have targeted either each other or those interfering in their crimes. The nearby port of Rotterdam is one of the key gateways for importing cocaine into Europe, and the country is a leader in the illegal production of amphetamines and crystal meth.

“Normally those criminals kill each other, but now they are murdering lawyers and journalists,” said Minke Heino, who passed by the scene of the crime Tuesday night on her red bicycle. “They are acting with impunity. This is next level.”

Most recently, he has been in the news for the trial of Mr. Taghi. The lawyer for the key witness in that trial was killed in Amsterdam in 2019. The lawyer, Derk Wiersum, represented the same witness, known as Nabil B., whom Mr. de Vries is advising. The witness’s brother, Reduan B., was shot dead in 2018.

It is not the first time the Netherlands has seen a prominent figure attacked in a public place. In 2004, the provocative filmmaker Theo van Gogh was stabbed to death in Amsterdam, an episode that undermined the Netherlands’ image as a tolerant, peaceful country at the time. In 2002, the far-right politician Pim Fortuyn was assassinated days before a general election.

The news of Mr. de Vries’s shooting was met in the Netherlands with shock. “Unbelievable,” Thomas Bruning, the secretary of a Dutch association for journalists, wrote on Twitter. “This hits journalism right in the face.”

“This is terrible,” said Paul Vugts, a crime reporter for the Amsterdam newspaper Het Parool who lived under special police protection in 2017 and 2018. “Several people in connection to this case are either shot or killed. Peter would want us all to keep our heads cool and keep on working.”