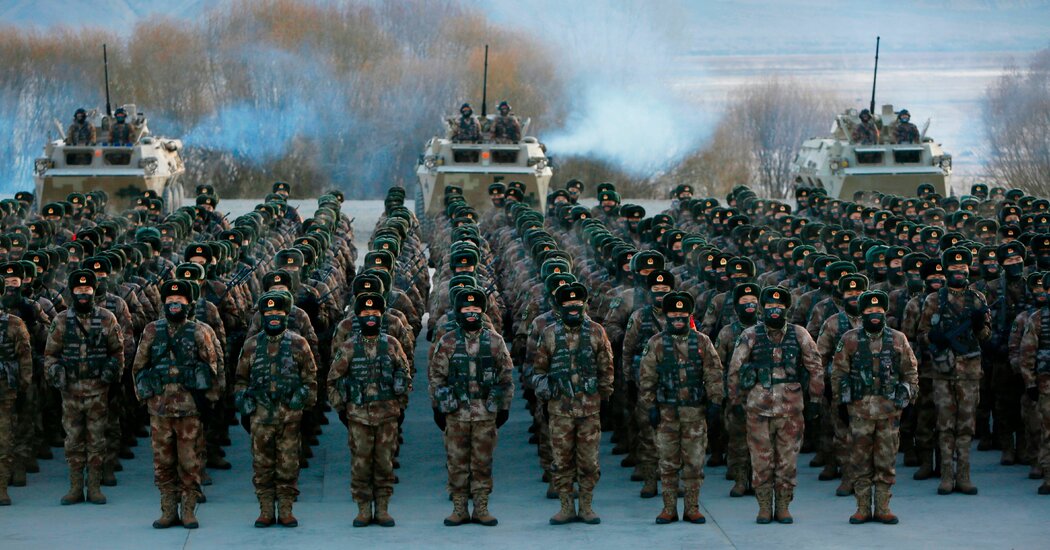 Prime Minister Mario Draghi of Italy spoke for many when he connected this summit with the Group of 7 summit meeting just concluded in Britain and compared them unfavorably with the period of Mr. Trump. “This summit is part of the process of reaffirming, rebuilding the fundamental alliances of the United States,” which were “weakened by the previous administration,” Mr. Draghi said.

Another key element of Mr. Biden’s European tour, which will conclude on Wednesday in Geneva, where he meets President Vladimir V. Putin of Russia for a highly anticipated conversation, is how the democracies of Asia and the West can stand up to the authoritarian challenge. While Russia is a particular threat to NATO and the Euro-Atlantic world, it is not an economic rival.

Speaking Monday night, Mr. Biden called Mr. Putin “a worthy adversary” and said he would look for areas of cooperation with Russia, while laying down red lines about Russian efforts to disrupt democratic societies.

“I’m going to make clear to President Putin that there are areas where we can cooperate, if he chooses,” Mr. Biden said. “And if he chooses not to cooperate, and acts in a way that he has in the past, relative to cybersecurity and some other activities, then we will respond. We will respond in kind.”

It is the rise of a rich, aggressive, authoritarian China, however, that Mr. Biden identifies as a major challenge to the United States and its allies, and his intention in Europe is to solicit allied support for efforts to meet that challenge — militarily, technologically and economically.