The C.D.C. director offers a stark reassurance: Only unvaccinated people... 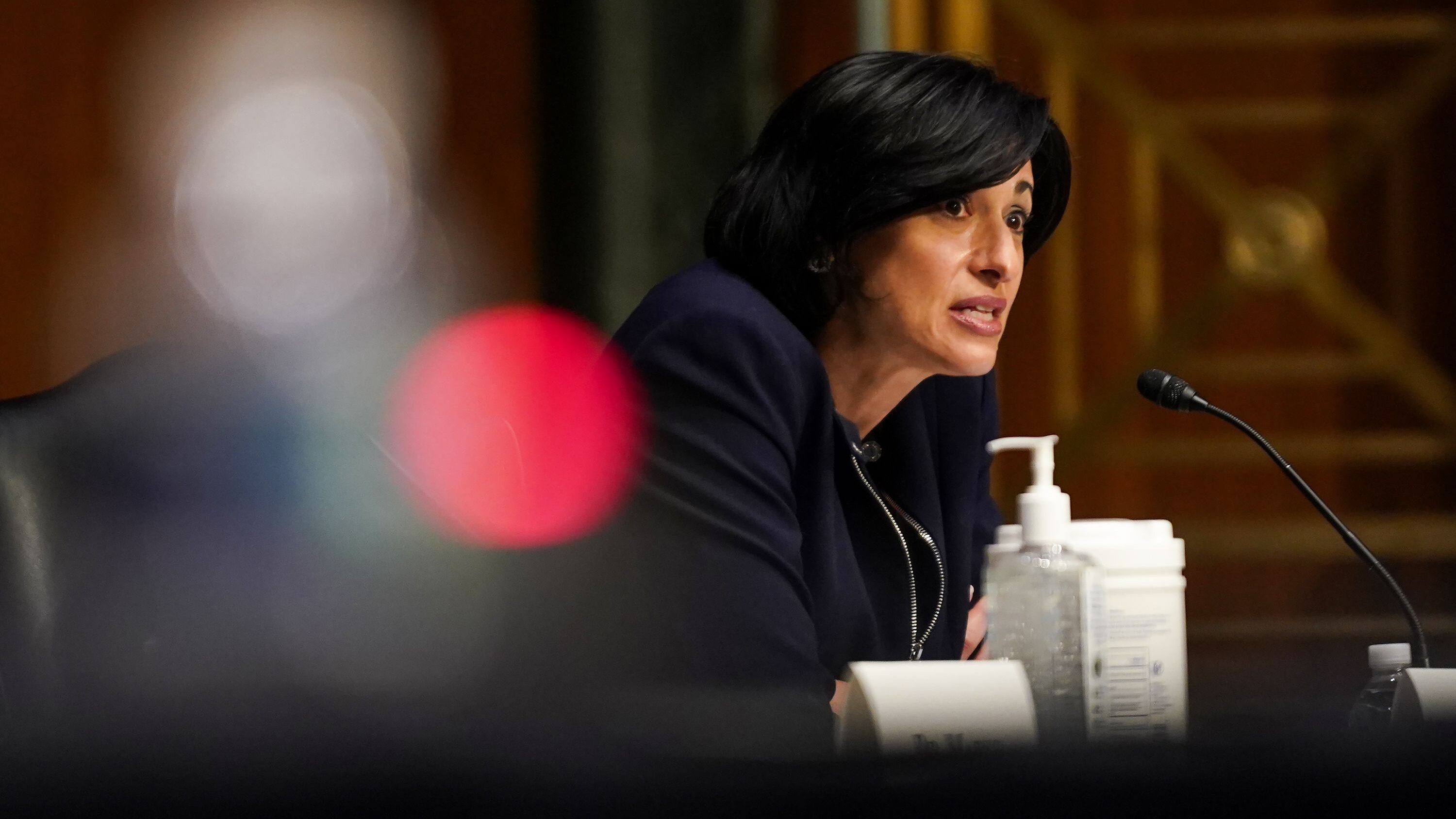 The head of the Centers for Disease Control and Prevention, facing blowback over the agency’s new liberalized mask guidelines, offered a stark reassurance on Sunday: Only unvaccinated people are at risk if they take off their masks.

“If you are vaccinated, we are saying you are safe, you can take up your mask and you are not at risk of severe disease or hospitalization from Covid-19,” the C.D.C. director, Dr. Rochelle P. Walensky, said on “Fox News Sunday.” “If you are not vaccinated, you are not safe. Please go get vaccinated or continue to wear your mask.”

Dr. Walensky’s appearance on Fox was part of a round of appearances on Sunday talk shows that came in the wake of the fresh guidelines and the confusion that has accompanied them.

The guidance the C.D.C. issued on Thursday said that it was no longer necessary for fully vaccinated people to mask or maintain social distance in many settings. The change set off public confusion and drew objections from some local officials and labor unions, including the country’s largest union of registered nurses. A number of major U.S. retailers have already lifted mask requirements, essentially turning to an honor system that relies on unvaccinated people to keep their masks on in public.

In her interviews on the Sunday news shows, Dr. Walensky revealed a subtle but marked shift in her agency’s emphasis from community to individual protection. She acknowledged on Fox that “for 16 months, we’ve been telling people to be cautious, be careful, cases are going up,” and made clear that the C.D.C.’s new bottom line is that individuals could make their own choices.

She also noted that communities where cases are high should consider keeping mask requirements, and that children who are not vaccinated — including everyone under 12 because they are not yet eligible for the shot — and people with compromised immune systems should keep their faces covered.

“This was not permission to shed masks for everybody everywhere,” Dr. Walensky said on the NBC program “Meet the Press,” but about “individual assessment of your risk.”

On Saturday, the C.D.C. recommended the continued, universal use of masks and physical distancing in schools. “Our school guidance to complete the school year will not change,” Dr. Walensky said on “Fox News Sunday,” adding that the agency would work over the summer to update its school guidance for the fall.

On a practical level, jurisdictions, including communities, schools and employers, look to the C.D.C. for guidance as they set policy. The new recommendations create the possibility that there will be an increasing number of unmasked people in public venues with no certainty that they have been vaccinated.

Dr. Walensky rejected the idea that pressure from the public and from elected officials frustrated by more than a year of restrictions had prompted the new guidance, saying that it stemmed entirely from evolving science that shows the vaccines protect not just against getting severely ill from the virus and its variants but also against spreading them.

In interviews this weekend with dozens of residents from Los Angeles to Atlanta, people said they were mostly encouraged by the C.D.C.’s new recommendations. But the details, many said, were perplexing and had stirred new questions about science, and also about trust, social norms and even politics.

Since the start of the pandemic, many conservatives have bristled at being told they should wear face coverings, while many liberals often took pride in masking, making mask mandates a constant source of debate and division. But the new guidance is creating tumult in the parts of the country where masks had remained common.

“At first, as a citizen, I was like, ‘Wow, these are so great. I haven’t been out to eat in a year,’” Angela Garbacz, 34, a pastry shop owner in Lincoln, Neb., said of the new recommendations. “But as a private business owner, it has been like panic and, ‘What do we do?’ Are people just going to think they can come in without masks? Do I get rid of my mask requirement? It’s just so much uncertainty with the one thing that’s helped us feel safe in a really scary time.”