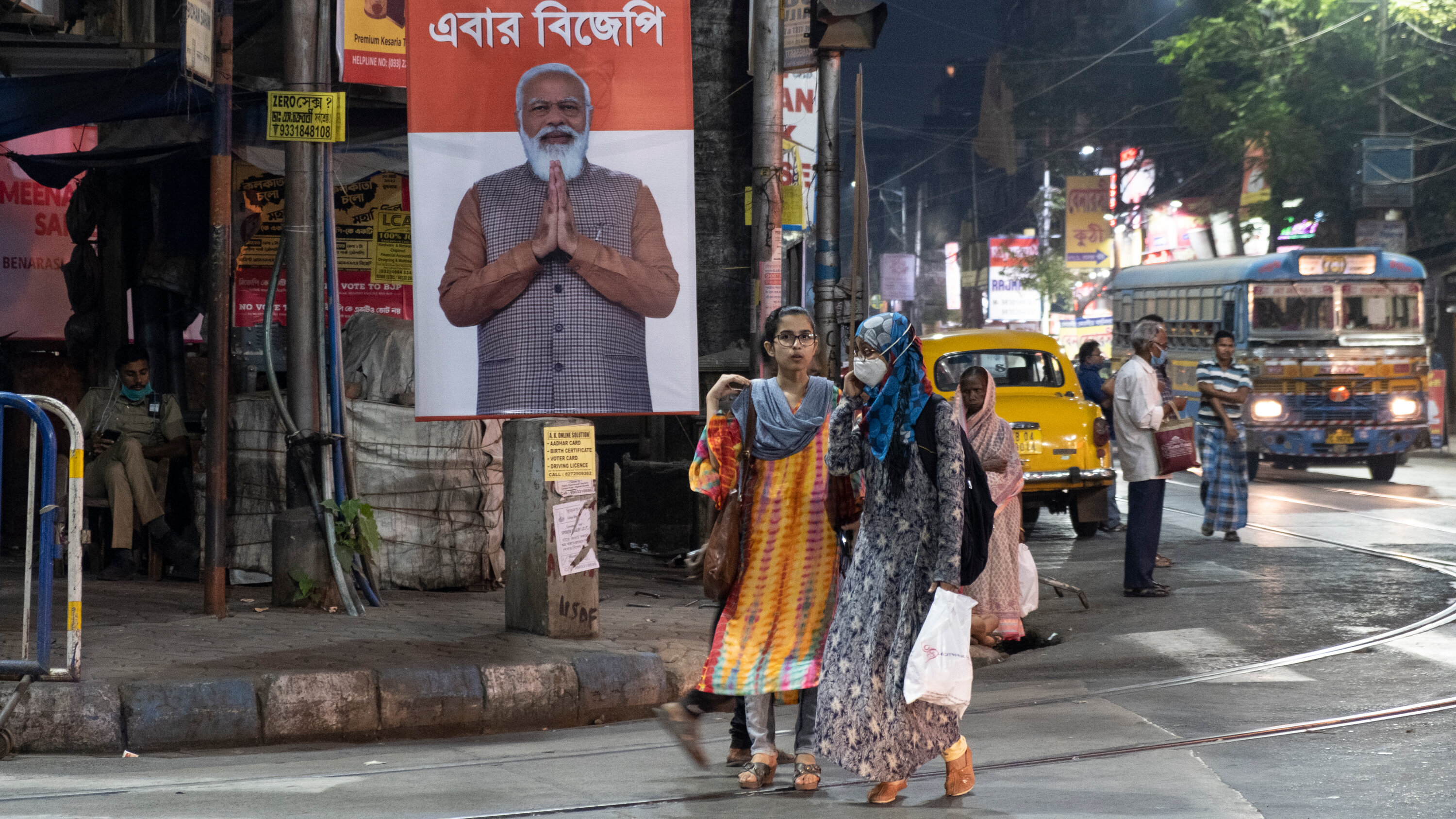 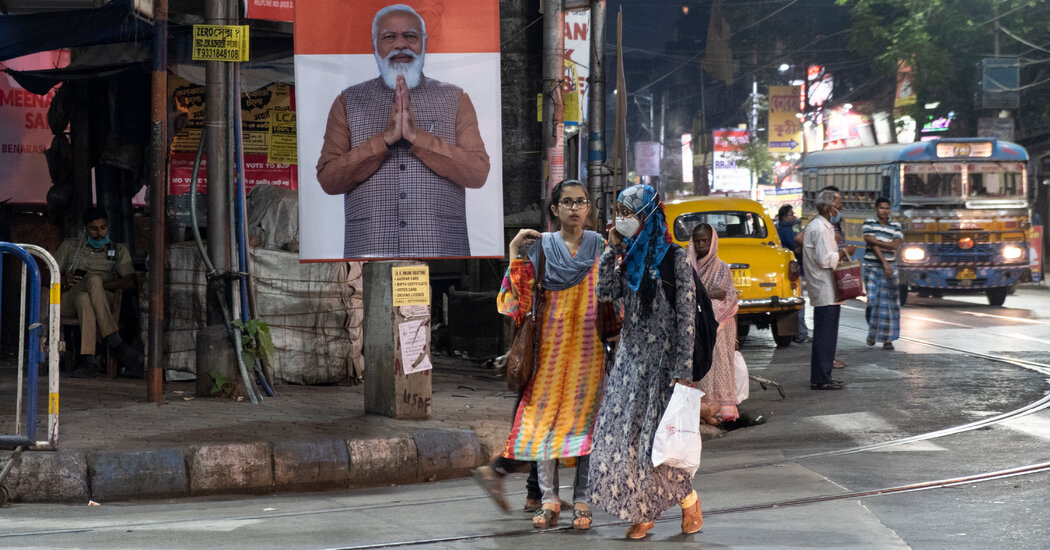 NEW DELHI — His Covid-19 task force didn’t meet for months. His health minister assured the public in March that India had reached the pandemic’s “endgame.” A few weeks before that, Prime Minister Narendra Modi boasted to global leaders that his nation had triumphed over the coronavirus.

Now, a second wave has made India the worst-hit country in the world.

New infections have reached about 400,000 a day. Vaccines are running short. Hospitals are swamped. Lifesaving oxygen is running out. Each day, cremation grounds burn thousands of bodies, sending up never-ending plumes of ash that are turning the skies gray over some of India’s biggest cities.

India’s stark reversal, from declaring victory to suffering its gravest emergency in decades, has forced a national reckoning, with Mr. Modi at its center.

Experts around the world once marveled at how the country seemed to have escaped the worst of the pandemic, entertaining explanations about the relative youth and health of the population that Mr. Modi and his government embraced, if not encouraged. Even now, Mr. Modi’s supporters say that India has been hit by a global phenomenon and that more time is needed to trace the causes of the second wave.

But independent health experts and political analysts say that Mr. Modi’s overconfidence and his domineering leadership style bear a huge share of the responsibility. Critics say his administration was determined to cast an image of India as back on track and open for business despite lingering risks. At one point, officials dismissed warnings by scientists that India’s population remained vulnerable and had not achieved “herd immunity” as some in his administration were suggesting, said people familiar with those conversations.

The growing distress across this country has tarnished Mr. Modi’s aura of political invulnerability, which he won by steamrolling the opposition and by leveraging his personal charisma to become India’s most powerful politician in decades. Opposition leaders are on the attack, and his central hold on power has increasingly made him the target of scathing criticism online.

With parliamentary elections three years away and no signs of defections from his government, Mr. Modi’s power seems secure. His government has stepped up efforts to get supplies to desperate patients and broadened eligibility for scarce vaccines to more age groups. Still, analysts say that his dominance means that more people will hold him personally responsible for the sickness and death exploding across the country.

“The bulk of the blame lies in Modi’s governance style, where top ministers are chosen for loyalty rather than expertise, where secrecy and image management is privileged over transparency,” said Asim Ali, a research scholar at the Center for Policy Research in New Delhi.

“In such a governance framework,” he added, “when Modi drops the ball, as he did on Covid, there can be disastrous consequences.”

At various points in recent months, officials made decisions that have come back to haunt India.

Though India is a vaccine powerhouse, producing vaccines to protect the world, it didn’t purchase enough doses to protect itself. Instead, while vaccination rates remained low at home, New Delhi exported more than 60 million shots to bolster its standing on the world stage.

Even as infections rose, Mr. Modi decided to let big groups gather to help his ruling Bharatiya Janata Party and burnish its Hindu nationalist credentials. His government allowed a Hindu festival with millions of worshipers to take place. He campaigned in state elections without a mask at rallies of thousands of maskless supporters.

Mr. Modi surrounded himself with allies rather than experts, analysts said. Officials felt too intimidated to point out mistakes, the analysts said, or to call into doubt his claims that the pandemic was over. His party and his allies have also moved to silence critics, ordering Facebook, Instagram and Twitter to take down critical posts and threatening to arrest ordinary people for pleading for oxygen.

Mr. Modi’s party, known as the B.J.P., and the government declined to answer specific questions but listed actions the government has taken, including Mr. Modi holding more than a dozen meetings in April with Air Force officers, pharmaceutical executives and many others.

In a statement, the government said it “maintained a steady pace of coordination and consultation to prepare an adequate response.” It added that the administration in February had “advised states to maintain strict vigil” and “not let their guard down.”

Any Indian leader would have faced challenges. Hundreds of millions of poor people live cheek by jowl, easy targets for a highly contagious virus. India has long neglected public health, spending less than $100 per capita per year, the World Bank says, less than many developing nations — a problem that predates Mr. Modi.

On Saturday, the country reported over 398,000 new virus infections and more than 3,500 deaths. Evidence suggests the official numbers vastly understate the toll. The country’s biggest city, Mumbai, just halted all vaccinations because it essentially ran out.

Analysts say Mr. Modi performed much better during the first wave. A longtime politician with humble roots and a penchant for dramatic moves, Mr. Modi, 70, embraced masks and social distancing from the earliest days.

On March 24, 2020, when India had fewer than 600 total reported infections, Mr. Modi ordered his country into one of the strictest lockdowns in the world at four hours’ notice. Anxious for guidance, most people dutifully stayed indoors. When Mr. Modi asked citizens to stand on their balconies and bang pots and pans in solidarity with health care workers, millions did just that.

Experts credit that lockdown, though flawed, with slowing the spread. But the restrictions were economically devastating, putting tens of millions out of work and imperiling many of Mr. Modi’s grandest ambitions, including turning India into a global power. He became fearful of locking down again.

After he eased many restrictions, infections rose, reaching almost 100,000 per day in September, but the health care system held. By the beginning of 2021, when infections had ebbed and the economy began to stagger to life, Mr. Modi and his team made a concerted effort to signal that India was back.

Many Indians shed their masks. They returned to markets and socialized. Even more restrictions were lifted. Covid-19 centers set up during the first wave were dismantled.

His party’s leadership declared in February that India had “defeated Covid under the able, sensitive, committed and visionary leadership of Prime Minister Shri Narendra Modi.” In early March, Harsh Vardhan, India’s health minister, proclaimed India was “in the endgame of the Covid-19 pandemic.”

Those who weren’t so sure were sidelined. India’s Covid-19 task force, which includes around 20 health professionals, had been meeting at least twice a month. But between Jan. 11 and April 15, the task force did not meet at all, according to three people with knowledge of their deliberations. Two said that the government simply believed the threat had passed.

Some scientists grew concerned with the official line that India, a nation of 1.4 billion, was approaching herd immunity, or the point at which enough people in the population are immune — either through vaccinations or through earlier infection — that the virus can no longer spread easily. V.K. Paul, head of the Covid-19 task force, said in January that “most of our highly populated districts and cities have had their run of the pandemic.”

The concerned scientists pushed back, according to the three people. Serological studies didn’t necessarily back up the idea, they said. Two people familiar with the research said the government cherry-picked results that suggested a move toward herd immunity.

The vaccination program lost steam as complacency set in. The Modi administration began exporting Indian-made vaccines to gain favor with neighbors who might be tempted to take vaccines from China, New Delhi’s regional rival. The government approved only two vaccines for use, both made in India, touting the country’s self-sufficiency. Less than two percent of the population has received two doses.

Rajeev Chandrasekhar, a spokesman for the B.J.P., said there were no shortages when the government exported vaccines and that “the government proactively has expanded production and procurement from alternate sources.”

As vaccinations sputtered, Mr. Modi hit the campaign trail. Several states were holding elections, and he focused specifically on West Bengal, a state controlled by an opposition party. Up until mid-April, Mr. Modi and Amit Shah, the home minister, campaigned relentlessly, drawing crowds of thousands, many not wearing masks and packed closely together. Results of the vote are expected on Sunday.

Though health experts warned of risks, Mr. Modi, an energetic campaigner, seemed to draw strength from the rallies. He told one in mid-April, as India topped 200,000 new daily infections, how happy he was to “see only people and people and nothing else.”

Though several factors are at play and new, more dangerous virus variants might also be involved, many people blame the elections. In a recent hearing, a judge told a lawyer for India’s election commission that “your officers should be booked on murder charges.”

In another court hearing in Delhi, after a lawyer representing the local government complained that Mr. Modi’s administration was not doing enough to help with the acute oxygen shortage, the country’s solicitor general responded: “Let’s try and not be a crybaby.”

Mr. Modi is likely to hold on to power, thanks to a weak opposition and his ability to fire up his Hindu nationalist base. Even his image has changed; Mr. Modi has lost the baseball cap and chic sunglasses he wore a year ago and grown his hair and beard long, reminiscent for some of a Hindu sage.

“He’s just a unique political animal,” said Milan Vaishnav, the director of the South Asia program at the Carnegie Endowment for International Peace. “He has this charisma, an allure, a magnetism, a very compelling personal story, and he has enormous personal credibility with the average voter.”

Even now, Mr. Vaishnav added, “people like Modi and they will find ways to justify it.”