The Arms Merchant in the Sights of Russia’s Elite Assassination... 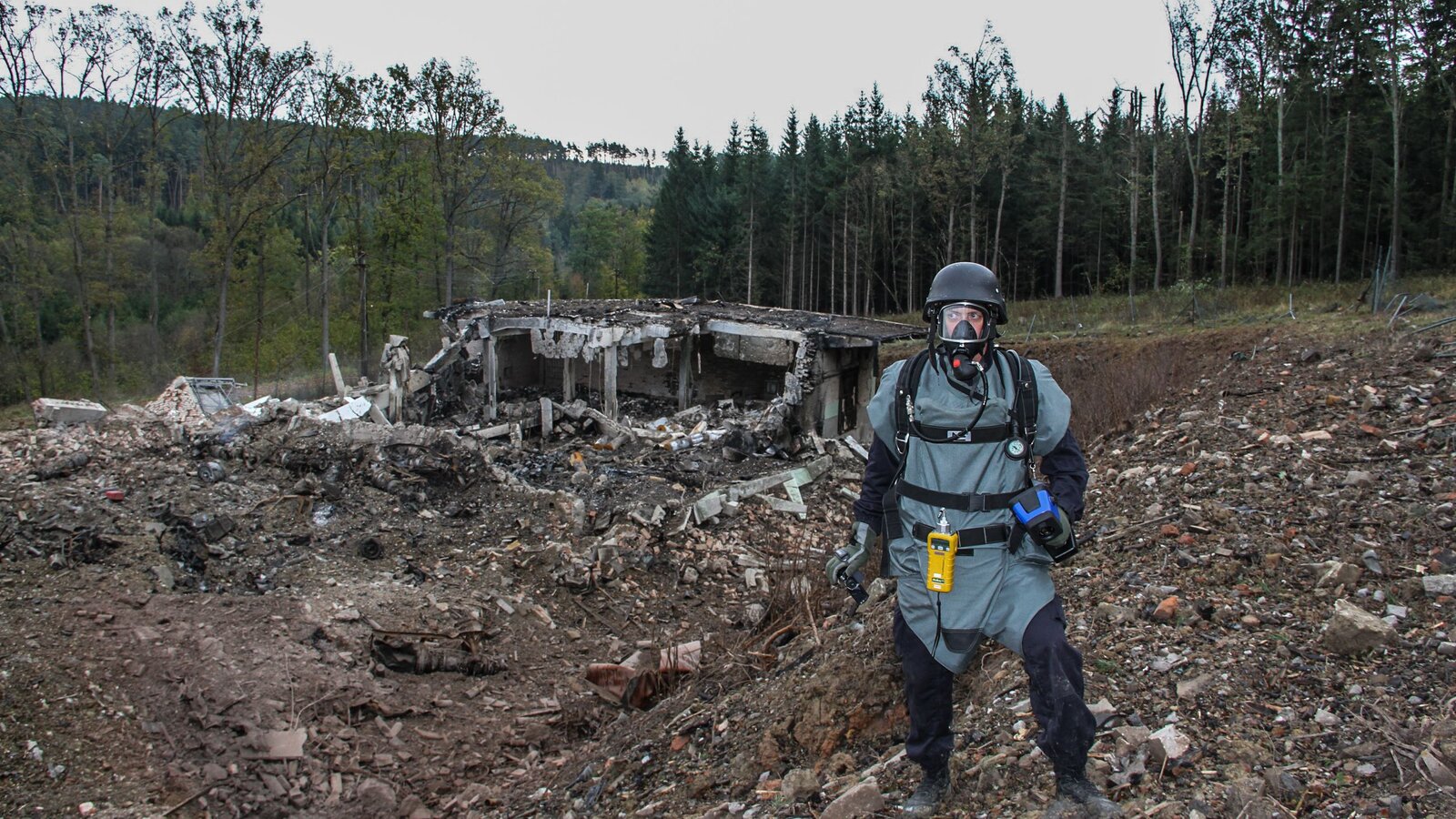 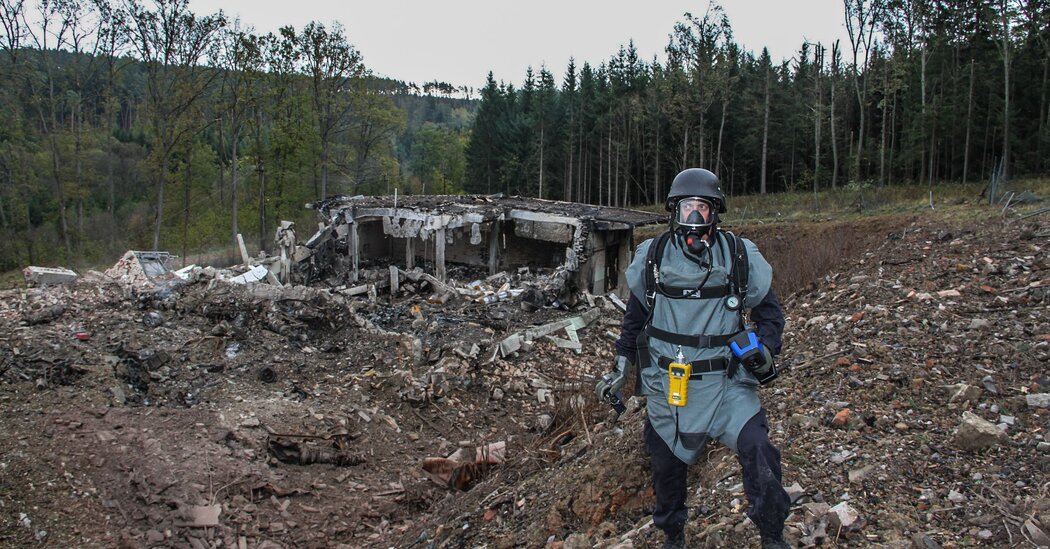 For a major arms merchant, Emilian Gebrev cuts the modest figure of a bemused grandfather, preferring soccer jerseys and polo shirts to suits and ties, driving his own car and insisting that he is of little importance outside his native Bulgaria.

But this week it became clear just how significant Mr. Gebrev is, at least to an elite squad of Russian operatives within the Kremlin’s military intelligence service.

Days after the Czech authorities accused the assassination team, known as Unit 29155, of being behind a series of 2014 explosions at weapons depots that killed two people, Mr. Gebrev acknowledged that his supplies were stored at the depots. And according to Czech officials, Mr. Gebrev’s stocks were the target.

The revelation is a new and startling development, given that the authorities say the group also twice tried to kill Mr. Gebrev. In 2015, the Bulgarian authorities say that officers with the unit traveled to Bulgaria and poisoned him with a substance resembling the same Novichok nerve agent used against former spies and obstinate critics of President Vladimir V. Putin of Russia. After the first attempt failed to kill him, they returned and poisoned him again.

There has always been an uncertainty about why the Russians were so determined to get Mr. Gebrev. Now the Czech case adds further evidence that the Kremlin was after him because of his business dealings.

In an email to The New York Times, Mr. Gebrev acknowledged that he was storing ammunition at the Czech arms depot and admitted something that he had long denied: that his company, Emco, had shipped military equipment to Ukraine after 2014, when separatists backed by the Russian military and intelligence services started a war with Ukrainian forces.

The Russian team’s involvement in the explosions in the Czech Republic add to a growing list of operations attributed to Unit 29155, and have further inflamed an intensifying standoff between Russia and the West.

On Thursday, the Czech government said it would expel as many as 60 Russian diplomats on top of the 18 it had already kicked out of the country in response to the explosions, potentially dismantling Russia’s diplomatic presence in the country. Russia has vowed to respond accordingly, and has already expelled 20 officials from the Czech Embassy in Moscow.

The tit for tat came just days after the United States announced that it would expel 10 Russian diplomats and impose sanctions as punishment for a huge breach of U.S. government computers systems that the White House blamed on Russia’s foreign intelligence agency. It also coincided with Russia massing troops on the Ukraine border, only to partly pull back this week.

For years, Unit 29155 operated in Europe before Western intelligence agencies even discovered it. A 2019 investigation by The New York Times revealed the purpose of the unit and showed that its officers had carried out the attempted assassination a year earlier of a former Russian spy named Sergei V. Skripal, who was poisoned in Salisbury, England.

Numerous other examples of the unit’s handiwork have since been exposed. Last year, the Times revealed a C.I.A. assessment that officers from the unit may have carried out a secret operation to pay bounties to a network of criminal militants in Afghanistan in exchange for attacks on U.S. and coalition troops.

Bulgarian prosecutors charged three officers from Unit 29155 with poisoning Mr. Gebrev in January 2020 and issued warrants for their arrest. They also released surveillance video of one of the assailants apparently smearing poison on the door handles of cars belonging to Mr. Gebrev, his son and a senior manager in a garage near their offices in Sofia, the Bulgarian capital.

But Mr. Gebrev questions whether the unit acted alone, suggesting that even if Russian assassins were responsible for his poisoning, they were likely in cahoots with his enemies in Bulgaria.

In the summer and fall of 2019, I met with Mr. Gebrev several times and even toured one of his ammunition factories near a Bulgarian town called Montana, where mortar rounds of various sizes are packed into green boxes and shipped around the world. He never revealed his connection with the Czech bombings and only reluctantly talked about the two times he was poisoned.

“If this is going to be some newspaper gossip, I’m not going to talk about it,” he said at the start of one of our meetings.

Mr. Gebrev has also been reluctant to discuss his company’s relationship with Ukraine. Initially, he said it had ceased all ammunition exports to the country at the start of the war in 2014. But on Friday, he acknowledged that Emco signed a contract with “authorized Ukrainian companies” in late 2014 after the war had begun. In an earlier email, Mr. Gebrev insisted that the weapons stored in the Czech depots had not been earmarked for Ukraine.

One current and one former Ukrainian official, speaking on the condition of anonymity to discuss classified military information, said Emco signed a contract in 2014 to provide artillery ammunition for the Ukrainian military. To prevent Russian sympathizers in the Bulgarian government from blocking the shipments, the boxes of ammunition were labeled as if they were destined for Thailand, the former official said. (Mr. Gebrev denied that his company had mislabeled any of its exports.)

The Russian government discovered the shipments anyway, according the former official, and pressured the Bulgarian government to put an end to them.

Providing military assistance to the Ukrainian government at any time since 2014 would have been playing with fire.

After pro-democracy protesters toppled the Kremlin’s puppet government there, Russian special forces units wearing unmarked uniforms seized and annexed the Crimean Peninsula and also instigated a separatist uprising that is still ongoing in the east. Meanwhile, Russian assassins fanned out across the country, killing senior Ukrainian military and intelligence officials who were central to the war effort, according to Ukrainian officials.

In a news conference this week, the Czech Republic’s prime minister, Andrej Babis, said the explosions were “an unprecedented attack on Czech soil,” but made clear that the real target was not his country but “goods belonging to a Bulgarian arms dealer.”

The explosions, which took place in October and December 2014, were initially attributed to a technical malfunction. It is unclear how, seven years later, the Czech authorities concluded that the blasts were acts of Russian sabotage.

Czech security officials identified two suspects, whom they said arrived in the country just before the first explosion and visited the depot near the city of Vrbetice, pretending to be buyers from Tajikistan’s military. The fake names they used to enter the facility, Ruslan Boshirov and Alexander Petrov, were the same as those used four years later by the two men who poisoned Mr. Skripal in Salisbury.

The Czech Republic has long been a staging area for Russian intelligence operations, Western security experts say. The Russian Embassy in Prague, the capital, is one of the country’s largest in Europe. All of the 18 embassy officials expelled by the Czech government so far in response to the explosions are believed to be spies.

One person in the embassy, Viktor Budyak, received his accreditation in early 2020 to serve as deputy military attaché. He had once served as a senior officer with Unit 29155 and likely was involved in supporting the unit’s activities in the Czech Republic and elsewhere in Eastern Europe in recent years, according to a European security official who has tracked Mr. Budyak’s career.

There are indications that the mission was a top priority for the Kremlin. Using travel records, the investigative organization Bellingcat determined that Maj. Gen. Andrei V. Averyanov, the commander of Unit 29155, traveled undercover to Vienna days before the explosions and possibly drove into the Czech Republic to the town of Ostrava where, according to the Czech authorities, the men using the names Petrov and Boshirov stayed during the operation.

That Russian spies would carryout military-style sabotage operations outside wartime has shaken many in Europe.

“I think for public opinion, not only in the Czech Republic, but for others in the European Union, this is shocking,” said David Stulik, a senior analyst at the Prague-based European Values Center for Security Policy. “It sheds light on how Russia is treating our countries.”