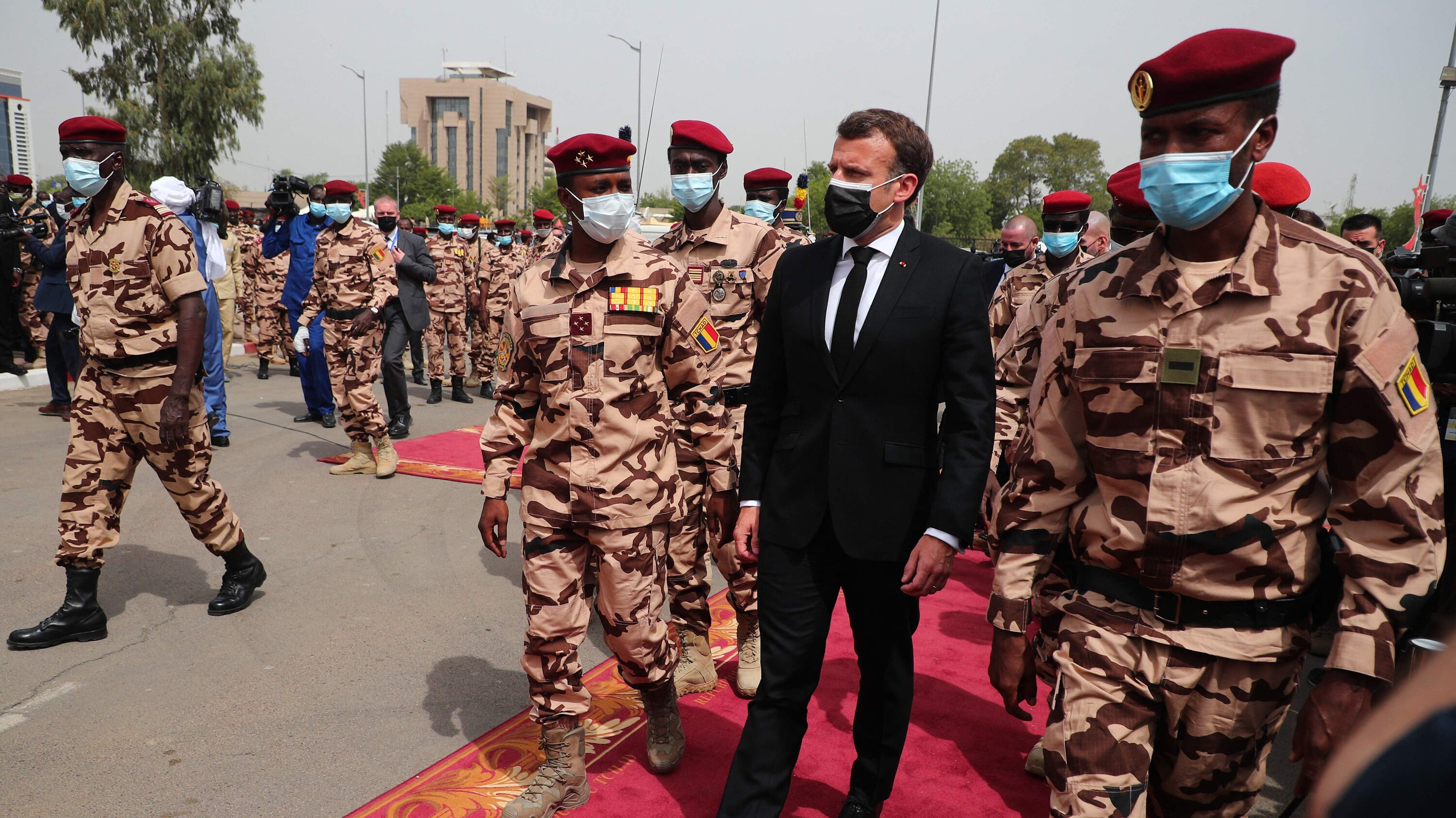 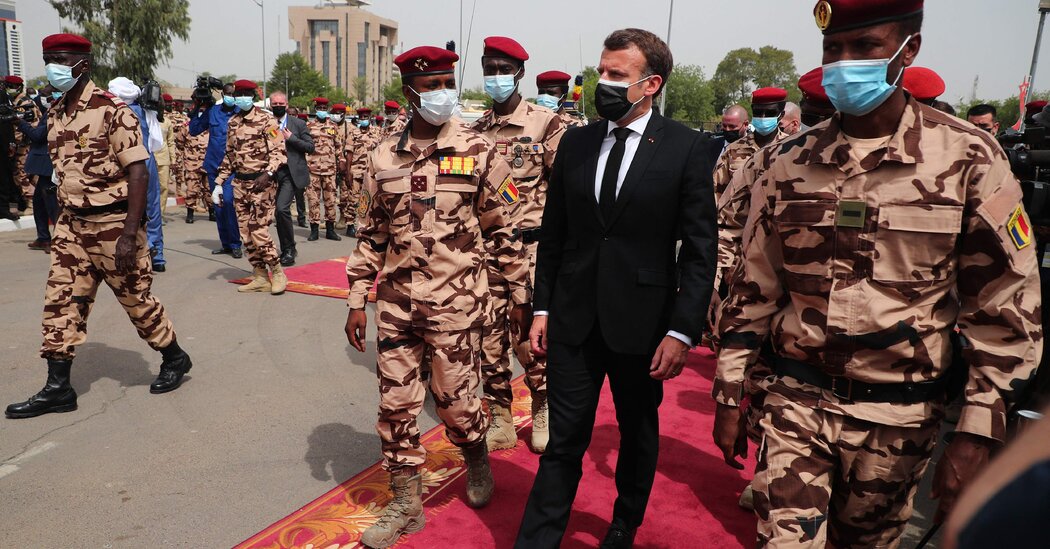 The leaders of several African nations and the president of France on Friday attended the funeral of President Idriss Déby of Chad, one of Africa’s most enduring and feared autocrats whose death was announced this week.

Military leaders said on Tuesday that he had died from injuries sustained in clashes between rebels and government forces.

Despite abuses directed at his own people during his 31-year rule, Mr. Déby had benefited from the indulgence of Western powers as he remained a steady linchpin for their military interventions against Islamist insurgents in the region. His death has thrown the future of the vast African nation into uncertainty.

The Chadian military announced this week that Mr. Déby, 68, had died on Monday — the same day that his victory in a sixth election, marred by irregularities, had been confirmed.

President Emmanuel Macron of France traveled to the Chadian capital, Ndjamena, for Mr. Déby’s funeral, a sign of the significance that his country has attached to Chad in recent years, amid a fight against insurgents.

Groups linked to the Islamic State and Al Qaeda have been active in the Lake Chad basin and the Sahel, an arid swath south of the Sahara spanning six African countries, threatening security in the region.

Jean-Yves Le Drian, the French foreign minister, said on Thursday that Chad’s stability was crucial to the Sahel, and “also Europe’s security,” in an interview on French television this week.

The European Union’s foreign policy chief, Josep Borrell Fontelles, also attended the funeral, along with the heads of state of Cameroon, the Democratic Republic of Congo, Guinea, and Niger, among others, despite security concerns.

The rebel group that claimed responsibility for Mr. Déby’s death, the Front for Change and Concord in Chad, threatened to march on Ndjamena on Friday, after the funeral, and had warned foreign leaders not to attend.

Thousands lined the streets of Ndjamena during the ceremony. Mr. Déby was expected to be laid to rest on Friday afternoon in his hometown, Amdjarass, near the border with Sudan in eastern Chad.

Tensions remained high in the capital this week after a military council installed Mahamat Idriss Déby, Mr. Déby’s 37-year-old son, as interim president. Political opponents have denounced the move as a coup d’état because the Chadian Constitution dictates that the president of the National Assembly should become the interim leader until elections are held.

And questions remain about the circumstances surrounding Mr. Déby’s death, with uncertainty over whether he was killed in clashes or during a meeting with the rebel group, or whether he was in fact killed by a rival.

At the funeral on Friday, Mr. Déby’s family praised “a great fighter” who was “obsessed with peace and the unity of Chadians.”

“You’ve left while walking toward the enemy,” said Abdelkrim Idriss Déby, another of Mr. Déby’s sons.

Mr. Macron said Mr. Déby had lived as a soldier and died as one.

“Idriss, you were an exemplary leader and a courageous warrior, but you also knew the value of diplomacy and cooperation between peoples,” Mr. Macron said at the funeral on Friday.

In Chad, one of the world’s poorest nations despite vast oil resources, Mr. Déby’s death leaves a major void. But it could also have a crucial impact on how France conducts security operations in the region.

France has long relied on Chad, a former colony, as a support base for its own troops and as a strategic partner for operations in the Sahel region, with a continued military presence in Ndjamena since 1986.

Its counterterrorism operation in the Sahel, known as Operation Barkhane, is headquartered in the capital. The French president’s office said on Monday that the nation had lost “a courageous friend” with Mr. Déby’s death.

Thomas Gassilloud, a French lawmaker who sits on a parliamentary committee focusing on the relationship between France and Chad, said that Mr. Déby had long offered stability in a region where that was difficult to find.

“Chad is at the crossroads of zones that have faced multiple security crises in recent years: Libya to the north, Niger to the west, and the Central African Republic to the south,” he said, noting that Mr. Déby had studied at the prestigious Paris-based military school that trains senior French Army officers. “France was used to working with Déby, and when it came to military operations in the Sahel, they spoke the same language.”

Mr. Macron arrived in Ndjamena on Thursday evening, before the funeral, and met with Mahamat Idriss Déby at the presidential palace. The French authorities have said that “exceptional circumstances” in Chad justified the installation of Mr. Déby’s son as interim president.

Roland Marchal, a longtime expert on Chad at the Paris-based Sciences Po university, said that Mr. Macron’s meeting with Mr. Déby showed French approval for what several analysts consider a coup, noting that Paris had not publicly called for the Chadian Constitution to be respected, unlike U.S. officials have.

“France wants to keep a privileged relationship with the Chadian authorities,” Mr. Marchal said, “and for that it is ready to accept that the constitution of a country be swept away.”