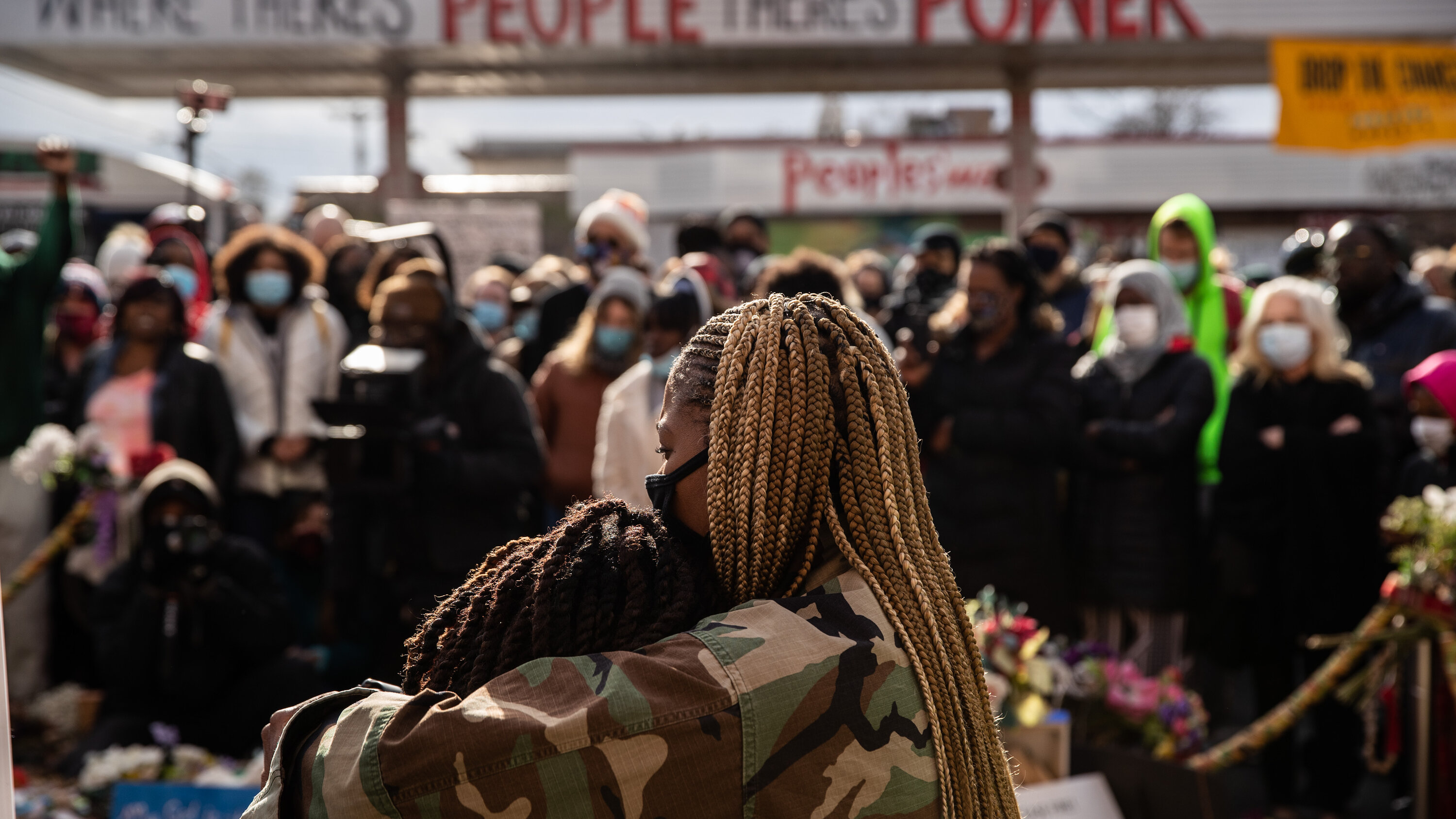 The murder conviction of a police officer is an exceedingly rare event.

There have been only seven murder convictions of officers for fatal police shootings since 2005, according to Philip Stinson of Bowling Green State University. That suggests the chances of a killing by the police leading to a murder conviction are about one in 2,000.

Yet a jury in Minneapolis yesterday convicted Derek Chauvin of second-degree murder (as well as two other charges) for killing George Floyd last May. A typical sentence for that felony in Minneapolis is 12½ years in prison, although prosecutors have asked for more and the maximum is 40 years. A judge will sentence Chauvin in about eight weeks.

Floyd’s relatives said they felt relieved by the verdict. “I finally have the opportunity to hopefully get some sleep,” Philonise Floyd, George’s brother, said.

Chauvin’s conviction does not automatically signal a new era of police accountability. The Floyd case was the exception of all exceptions. A video, watched around the world, showed Chauvin pressing his knee onto Floyd for more than nine minutes. That footage led to weeks of protests that were among the largest in U.S. history. And at the trial, the so-called blue wall of silence — that is, many officers’ willingness to protect colleagues, regardless of their misbehavior — crumbled. “For so many, it feels like it took all of that for the judicial system to deliver just basic accountability,” President Biden said late yesterday.

Most of those factors will not apply to future police killings. Those cases will instead be more likely to resemble the deaths of Michael Brown, Philando Castile, Eric Garner, Freddie Gray, Daniel Prude, Tamir Rice, Breonna Taylor and hundreds of other cases that have not lead to a murder or manslaughter conviction.

Still, the Chauvin trial is not guaranteed to be simply a one-off event, either. Some of the same factors that make it distinct could also cause it to have a wider impact. Before Floyd’s death, it was hard to think of a signature trial of an American police officer, one that received sustained national attention, as the trial of a celebrity might.

This trial, of course, did receive such attention. Television networks halted their normal coverage yesterday to broadcast the verdict, and the president of the United States organized his schedule around it.

That attention has made it clear that a police officer can be charged with murder and convicted of it. It’s an idea that will linger in the minds of prosecutors and future jurors. Perhaps most important, it may affect the thinking of other officers, when they find themselves considering whether to use physical force when it is not necessary.

The YOLO Economy: Flush with cash and burned out by the pandemic, some workers are quitting their jobs to move closer to family, focus on a side hustle or finally write that screenplay, The Times’s Kevin Roose writes.

Lives Lived: In 1980, Chuck Geschke and a colleague created a way to send documents between a computer and a printer. The company they founded, Adobe, got the attention of Apple, and the rest is history. Geschke died at 81.

The everlasting appeal of gardening

Before the pandemic, the actress Drew Barrymore was not exactly known for her gardening skills. Still, last spring, she planted her first lawn. She bought some chickens, grew tomatoes, and “felt really empowered,” she told The Times. And now, she is among the celebrities capitalizing on the pandemic-induced gardening boom: She is the face of a lawn-care subscription service.

Many people turned to gardening last year, fueled by a desire for a hobby, self-sufficiency, or both. Celebrities and other brands took notice: Kate Hudson’s vodka brand teamed up with a plant delivery service to release a potted “love fern.” HGTV added shows on gardening, like “Martha Knows Best,” Martha Stewart’s reality series about life on her estate in Bedford, N.Y., and a coming topiary competition series.

“We get letters and comments on our social feed constantly,” the president of HGTV said. “Where is the gardening? You’re HGTV. Put the ‘G’ back in HGTV.”

Celebrities are vying for the lucrative role of guide to the growing audience of garden enthusiasts, as Ronda Kaysen writes in The Times. “Someone needs to explain the difference between a shovel and a spade.”

The pangram from yesterday’s Spelling Bee was backyard. Here is today’s puzzle — or you can play online.