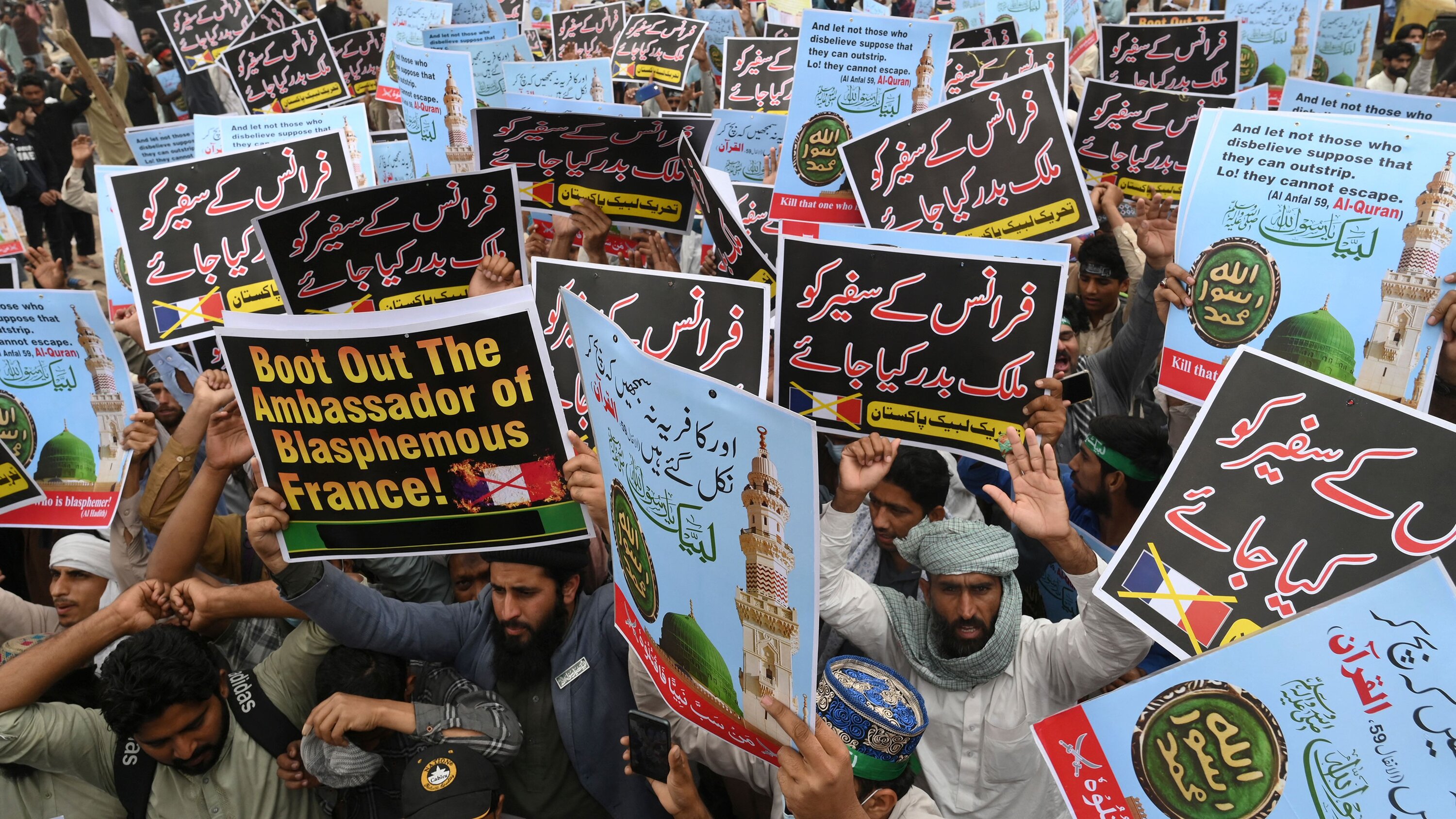 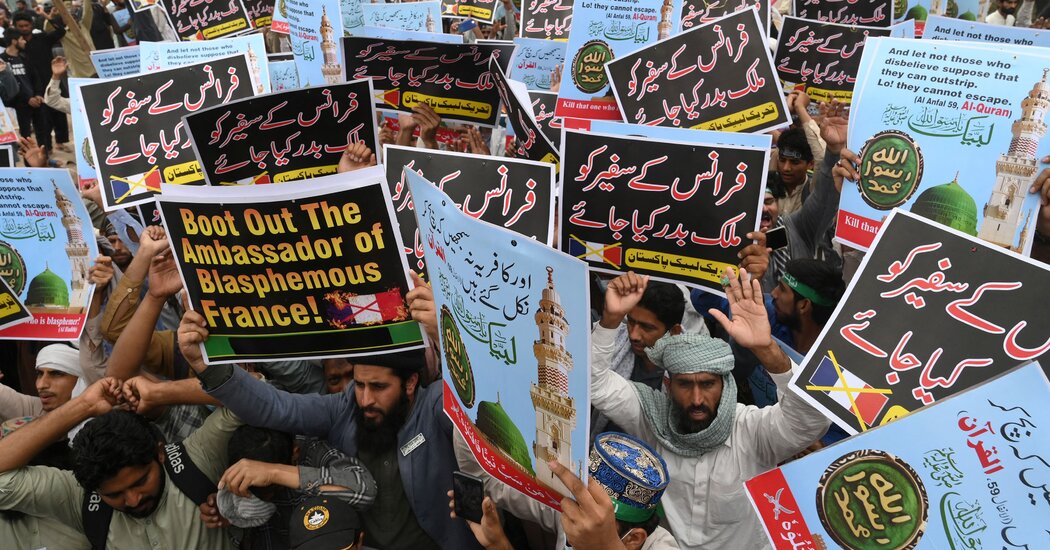 Pakistan’s Parliament is expected to vote on Tuesday on whether to expel the French ambassador, a move widely seen as a capitulation by the government to a militant Islamist party that has led large protests and clashed with the police.

The vote illustrates how deeply unsettled Prime Minister Imran Khan’s administration’s feels amid a reeling economy, a new wave of coronavirus infections and spreading social unrest. It also suggests the party, Tehreek-e-Labaik Pakistan, which has capitalized on public anger over the publication of caricatures depicting the Prophet Muhammad in France, could pose a major threat to Pakistan’s stability.

Just a week ago, the government declared Tehreek-e-Labaik a terrorist outfit and banned it. At least four police officers have been killed in clashes with the group, and at least 11 officers have at one point been taken hostage. Police officials acknowledged the death of three protesters, but the party claims that a larger number of their supporters have been killed.

Intermittent protests since last winter were sparked by President Emmanuel Macron of France, who last year gave a defiant eulogy for a French teacher who was murdered after showing caricatures of the Prophet Muhammad in a classroom. Mr. Macron said the teacher, Samuel Paty, was killed “because the Islamists want our future and they know that with quiet heroes like him they will never have it.”

That provoked members of Tehreek-e-Labaik, which sees itself as a protector of Islam’s honor at home and abroad. The party has built a wide base of support in recent years, rallying around cases of perceived blasphemy, which is punishable by death in Pakistan.

The protests intensified after the government last week arrested Saad Hussain Rizvi, the party’s 26-year old leader, in a pre-emptive move to scuttle his calls for large gatherings.

In a deal reached in November to to call off similar protests, Mr. Khan’s government agreed to hold a parliamentary vote on the expulsion of the French ambassador. In an effort to hold the government to the agreement, the group returned to the streets last week. Soon after the government declared the group a terrorist organization, it found itself in the awkward position of negotiating with it.

Pakistan has long struggled with militant groups on the margins. The Pakistan Taliban, for instance, has long waged an insurgency from the vast tribal areas bordering Afghanistan.

Tehreek-e-Labaik poses a thornier challenge. It draws its support from the Barelvi school of Islam, to which a majority of Pakistanis belong. It has shown it can mobilize large crowds to major urban centers by targeting emotional issues like protecting the honor of the Prophet Muhammad.

The group first came to prominence as an organized force when it protested for the release of Mumtaz Qadri, a bodyguard who in 2011 murdered his own boss, Salman Taseer, the sitting governor of Punjab Province. At the time, Mr. Taseer sought justice for a Christian woman who had been jailed on dubious charges of blasphemy.

Mr. Qadri was eventually sentenced and hanged in 2016, but the group tried to free him by justifying the murder he committed. Since then, it has shaped itself into a political party contesting elections and continuing to unsettle governments.

On Tuesday, it was clear Mr. Khan’s government had made some concessions to the group, while trying to give itself political cover by putting the ambassador’s expulsion to a vote in Parliament.

Sheikh Rashid Ahmad, Pakistan’s interior minister, said the 11 police officers who were taken hostage during the week of protests had been released. He also said that Tehreek-e-Labaik have pledged to call off a nationwide protest while the government seeks a dialogue with France.

“After long negotiations between the government of Pakistan and Tehreek-e-Labaik, it has been agreed that the government will present a resolution on the expulsion of the French ambassador to the National Assembly today,” Mr. Ahmad said in a video message early on Tuesday.

Mr. Ahmad said that, as part of the agreement, any judicial proceedings against the members of the group would also be scrapped. The National Assembly, Pakistan’s legislature, which was not scheduled to meet on Tuesday, announced a special session for the afternoon to take up the expulsion resolution.