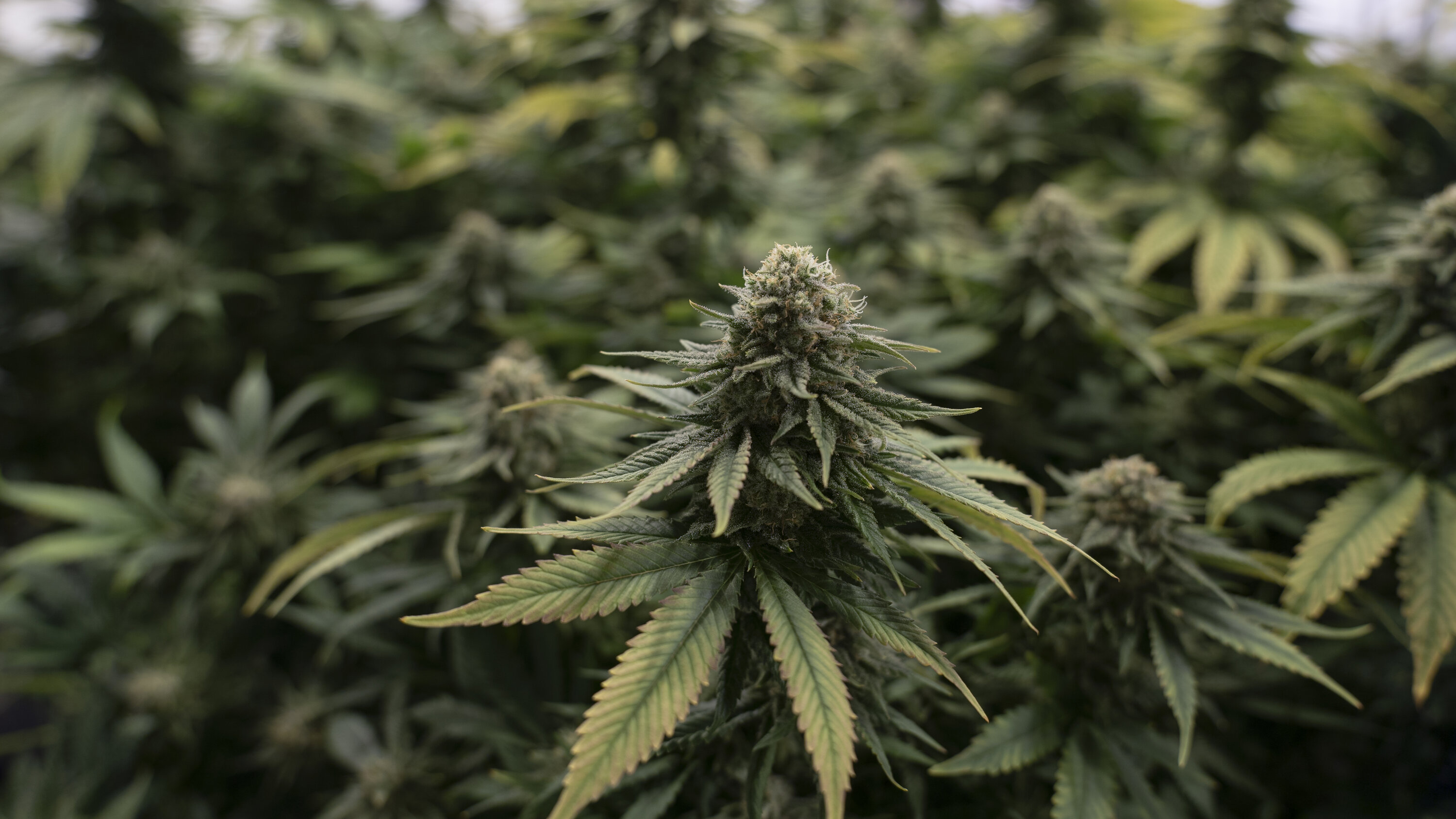 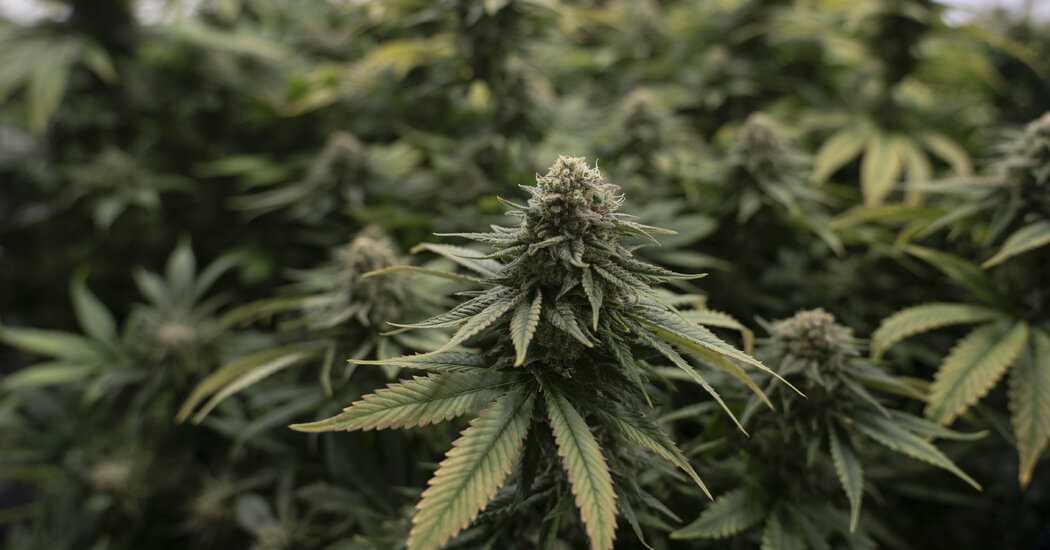 EXETER, Ontario — The mayor of the largely rural community of South Huron, Ontario, was looking forward to an employment boom when a marijuana producer used its soaring stock value to buy an enormous greenhouse on the edge of the municipality’s largest town.

The purchase three years ago, in Exeter, promised to make his sprawling community a major hub for what seemed like Canada’s next big growth industry: legal pot and the high-paying jobs it would bring.

But before any of the 200 or so anticipated jobs in the greenhouse were filled — or before a single marijuana seed was even sown there — it became apparent that Canada was already growing far more marijuana than the market wanted.

After sitting idle for two years, the one-million-square-foot greenhouse was sold last year for about one-third of its original purchase price of 26 million Canadian dollars, or $20.75 million.

Exeter’s experience with the greenhouse — high hopes, followed by disappointment — mirrors the broader Canadian story with the business side of legal pot.

Analysts say one reason the sunny projections have failed to materialize is the tightly regulated distribution system introduced by Canada, which largely bans advertising and marketing. The halting roll out of stores in some provinces — particularly Ontario — is also a factor. Plus, surveys have suggested that many Canadians are simply not interested in adopting a new vice.

“We were looking forward to it,” said the mayor, George Finch, standing outside Exeter’s 19th-century Town Hall. “Sounded too good almost, eh? It’s too bad. So it may well revert to vegetables again.”

Investors, however, thought otherwise, and in the time leading up to legalization, a “green rush” swept the Toronto Stock Exchange. Money poured into companies starting up to service not only the Canadian market, but also eyeing other opportunities, particularly the U.S. market, where more states were embracing legalization.

Long dormant greenhouses were renovated and sold for record prices like the one in Exeter, and new indoor growing facilities popped up across the nation. Newspapers that had been cutting back on staff hired journalists to cover new marijuana beats. Like plastics in the film “The Graduate,” marijuana seemed destined to become Canada’s next big thing.

The investment craze produced a strong echo of the dot-com stock boom of the late 1990s. And it ended with the same collapse.

Even with a slight recovery propelled by the spreading legalization in the United States — New York legalized marijuana last month, and voters in four states backed legalization in November — one marijuana stock index is still down about 70 percent from its peak in 2018.

Two and a half years after legalization, most marijuana producers in Canada are still reporting staggering losses.

And a major new competitor is looming: Mexico’s lawmakers legalized recreational pot use last month. So the business climate for Canada’s growers could become even more challenging.

“There’s probably going to be a series of shakeouts,” said Kyle B. Murray, the vice dean at the University of Alberta School of Business in Edmonton. “Things were way overblown. It’s very similar to the dot-com boom and then bust.”

Canopy Growth, the country’s largest producer, lost 1.2 billion Canadian dollars, or about $950 million, in the first nine months of its current operating year. Layoffs have swept the industry. Large producers have merged in a bid to find strength in size. The lights have been permanently switched off in many greenhouses in several provinces.

The big bets on marijuana, analysts said, were made on the assumption that marijuana sales in Canada would mirror the sharp spike in liquor sales that occurred in the United States after the end of Prohibition.

“Everyone thought that in Canada the industry was going to move further, faster, and that hasn’t happened,” said Brendan Kennedy, the chief executive of Tilray, a major grower based in Nanaimo, British Columbia, that lost $272 million last year. “One of the challenges around competing with the illicit market is that the regulations are so stringent.”

Mr. Kennedy is among the few leaders in Canada’s marijuana industry still standing. As losses piled higher and stocks tumbled, most pioneers were shown the door. When a planned merger between Tilray and Ontario-based Aphria goes through this year, creating what is likely to be the world’s biggest cannabis company, Mr. Kennedy will remain as a director although he will no longer be at the helm.

In Ontario, the plan at first was to handle sales through a branch of the government-owned liquor store system, the way it is done in Quebec. But when a new Conservative government came to power in 2018, it swiftly canceled those plans, which left only online sales through a provincial website.

Since then, the province’s plans have changed two more times, making for an uneven introduction of privately owned shops. Even after a recent increase in licensing, Ontario still has approved only 575 shops. By comparison, Alberta, which has about a third of Ontario’s population, has 583 shops.

While initial hopes for marijuana wealth were overly optimistic, Professor Murray said he was confident that a viable business will emerge, with the rising number of Ontario shops one sign of that. That prices have dropped closer to parity with street prices should also help legal sales.

“None of this means that it’s a bad market,” Professor Murray said of the poor start. “Too much money and too many companies were involved initially. Eventually there will be some companies that are very successful for a long period of time. And if we’re lucky they become global leaders.”

One comparative bright spot has been British Columbia, previously the heart of Canada’s illegal marijuana industry. There, sales in legal stores grew 24 percent from June to October 2020.

And in Quebec, while the government-owned cannabis store operator, Société Québécoise du Cannabis, lost nearly 5 million Canadian dollars during its first fiscal year, it has since become profitable.

Largely disappointed at home, some of the larger growers in Canada have pointed to foreign markets, particularly for medical marijuana, as their next great hope. But many analysts are skeptical.

Mexico’s recent move toward creating the world’s largest legal market could doom most marijuana growing in Canada, said Brent McKnight, a professor at the DeGroote School of Business at McMaster University in Hamilton, Ontario. Trade agreements will likely make it impossible for Canada to stop imports from Mexico while Mexico’s significantly lower labor costs and warmer climate potentially give it a competitive advantage.

“That would certainly put some downward pricing pressure on local growers,” he said.

And as Canada’s industry is forced to consolidate to survive, some worry about who will lose out as large, publicly traded companies come to dominate the space.

Long before legalization, many of the first shops to defy Canadian marijuana laws were nonprofit “compassion clubs” selling to people who used cannabis for medicinal purposes.

The current system’s emphasis on large corporate growers and profits has squeezed many people from minority communities out of the business, said Dr. Daniel Werb, an epidemiologist and drug policy analyst at St. Michael’s Hospital in Toronto. Dr. Werb is part of a research group whose preliminary findings have shown that “there is a marked lack of diversity” in the leadership of the new, legal suppliers, he said.

Sellers in Indigenous communities, too, have been left in limbo, generally not subjected to police raids but also outside the legal system, although Ontario has began licensing shops in some of those communities.

“I get more and more concerned about, on the one hand, the lack of ethno-racial diversity and, on the other hand, a lack of imagination around the fact that this didn’t have to be a wholly for-profit industry,” Dr. Werb said. “It seems like there was a missed opportunity to think creatively.”