Trust in AstraZeneca Vaccine Is Shaken in Europe 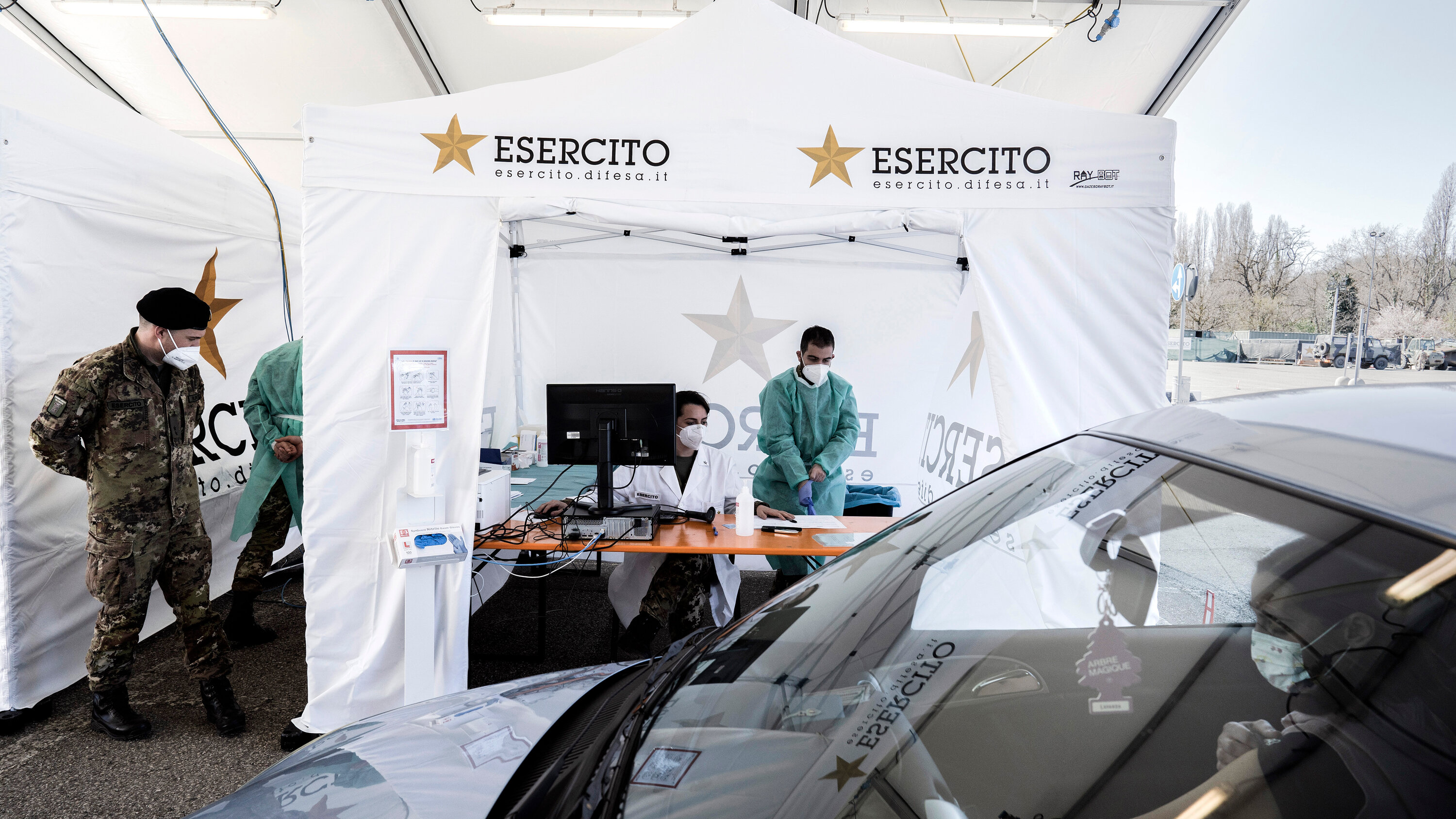 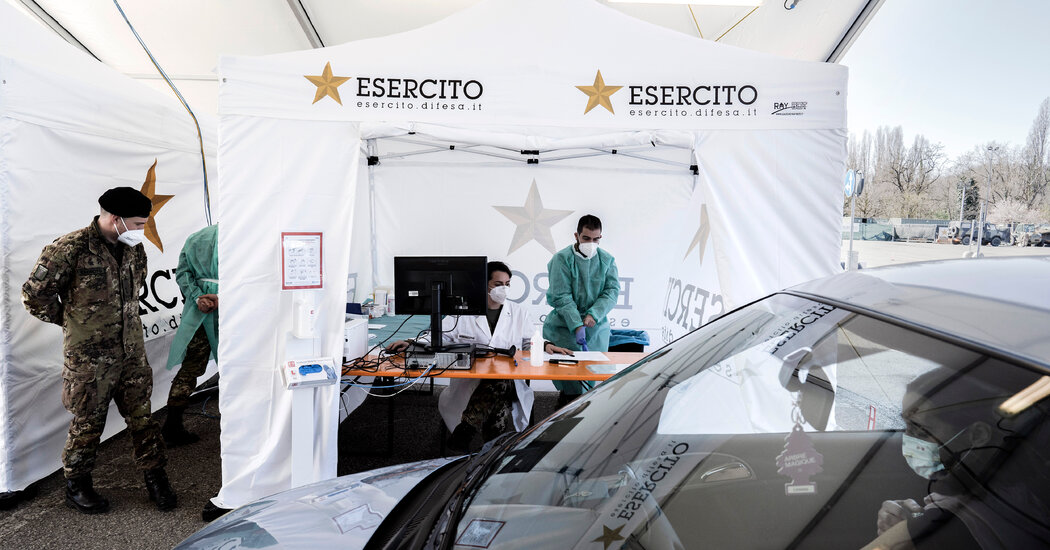 PARIS — It’s said that the European Union grows stronger through crises. The bloc’s attempt at a coordinated vaccination program, less a rollout than a roller coaster, has tested that theory, and now the suspension of the AstraZeneca shots in many countries threatens to turn widespread disarray into an outright debacle.

“I feel like we are being used as guinea pigs,” said Khady Ballo, 21, a law student in the southern French town of Montpellier. “I would not get the AstraZeneca vaccine even if it is approved again.”

Although it seems likely that the European Medicines Agency, the 27-member union’s top drug regulator, will quickly pronounce the AstraZeneca vaccine safe, millions of Europeans have been shaken by the back-and-forth and will be more hesitant about vaccination.

“Before this, I was so pro-vaccines I would have dipped children into them,” said Maria Grazia Del Pero, 62, who works in tourism in Milan. But now, “I would not get AstraZeneca because that would be like playing Russian roulette.”

Providing vaccines for the E.U.’s 450 million people was never going to be a simple task, especially as the union hardly had a coordinated health policy before the pandemic. But bureaucratic delay and confusion in procuring vaccines from pharmaceutical companies, followed by slow authorization, followed by delivery problems, followed by the sudden panic over the AstraZeneca shot, has left European governments on the defensive and Europeans reeling.

In France, the government has swerved from lauding the AstraZeneca inoculation a few days ago to suspending it. The reaction to this confusion was swift, even if the government insists there is no established medical cause for fear. A poll by the Elabe Institute published Tuesday showed that only 20 percent of French people now trust the AstraZeneca vaccine, with 58 percent skeptical, and 22 percent undecided.

“I trust AstraZeneca, I trust the vaccines,” Ursula von der Leyen, the top European Union official, said at a news conference in Brussels. But reassuring words may not persuade Europeans experiencing policy whiplash.

In a clear attempt to shore up shaken confidence, Jean Castex, the French prime minister, told BFM TV he would himself get the AstraZeneca vaccine “as soon as the green light is given.” He had not previously spoken of doing this.

“The trust of Italians is deeply compromised, not only toward the AstraZeneca vaccine but also toward the authorities,” Roberto Burioni, a leading Italian virologist, said. “These sudden and inexplicable changes in decisions create concerns everywhere.” Even an “all good” verdict from the European Medicines Agency, likely Thursday, “will not be enough.”

Concerns about the shot are based on a small number of recipients who developed blood clots or abnormal bleeding. But researchers and drug regulators say they have seen no evidence of an increase in such complications or a connection to the inoculation.

AstraZeneca said this week that a review of more than 17 million people who had received its vaccine found that they were actually less likely than the general population to develop dangerous clots.

European countries, led by France and Germany, have been torn between a strong desire to avoid what they call “vaccination nationalism,” and the realization that the European Union was not fully prepared for an operation on this scale. If integration of the bloc’s health policy has been fast-forwarded, with possible long-term benefits, lives have also been lost.

The sight of Britain powering ahead with vaccinations — more than 26 million doses have been given, more than three times the number in France — has been particularly galling, given its recent exit from the union. Some Europeans understandably ask why.

Trust has long been a central issue in France, where skepticism toward Covid-19 vaccines late last year was widespread. In December less than half the population said it was ready to be vaccinated.

That number, according to a poll by Harris Interactive, had risen to 64 percent earlier this month, before the AstraZeneca setback. Even then, however, trust in the AstraZeneca vaccine was lower, at 43 percent of the population, a number now halved.

The situation is scarcely better in Germany, although its death rate from the virus has been lower than France’s. “Stopping the AstraZeneca maximizes the damage to its image that has plagued the German vaccination strategy from the beginning,” Ulrich Weigeldt, the head of the German Association of General Practitioners, told the Funke media group. “Vaccination is and remains a question of trust.”

Confidence in the vaccine remains fairly high in Britain, where millions of people have received it, and even on the continent, many Europeans seem untouched by the AstraZeneca fears. “I would definitely get the AstraZeneca vaccine if approved again,” said Corinne Taddei, 60, a karate instructor in Paris. The Covid vaccines, she said, are “the only solution to save us and get out of this pandemic.”

Maria Paraskevoula, a 52-year-old teacher in Athens, was also unbowed. “I’ll take any vaccine, AstraZeneca, Pfizer, I don’t care. From what I’ve heard, the chances of any problems are minimal. There’s always a risk but isn’t a bigger risk to walk around waiting to get infected?”

Last week, when reports surfaced that two men in Sicily, an Italian naval officer and a police officer, had died shortly after taking the AstraZeneca shot, the website of the Tuscany region registered 4,100 cancellations for the AstraZeneca vaccine in a day, roughly 12 percent of the people booked for the week ahead. In a few days, however, the vacancies were filled by other residents.

The disarray comes at a difficult moment with Europe facing what Mr. Castex, the French prime minister, has called “a kind of third wave” from new variants of the virus, even as exhaustion and depression have set in, along with severe hardship. Europe’s eventual economic recovery from the pandemic is set to be much slower than the American.

With the national mood restive, and a presidential election next year, the French government is wavering between further lockdowns and suggestions that by April 15 restaurants may start to open and a curfew be eased.

Its target of having 10 million people vaccinated with at least a first shot by mid-April, as compared to 5.6 million today, now looks ambitious given the fallout from the AstraZeneca panic. But French authorities insist it can be done, even if the AstraZeneca vaccine has to be withdrawn.

More than a year from the first lockdowns around Europe, an end to the crisis seems no closer. “I was never a No-Vaxxer,” said Laura Cerchi, a teacher at an elementary school on the outskirts of Florence who had her first shot of AstraZeneca in early March. “But all this confusion had me wondering whether I want to do the second shot or not. The mixed messages are not boosting my confidence in vaccines.”

In an interview, Clément Beaune, France’s junior minister for European Affairs, defended European policy. “I don’t believe that it’s European weightiness that is slowing down our vaccination process. Do we have problems in Europe? Yes. Would we — France, Germany — resolve these better at a national level waging war to obtain vaccine doses? I do not believe so.”