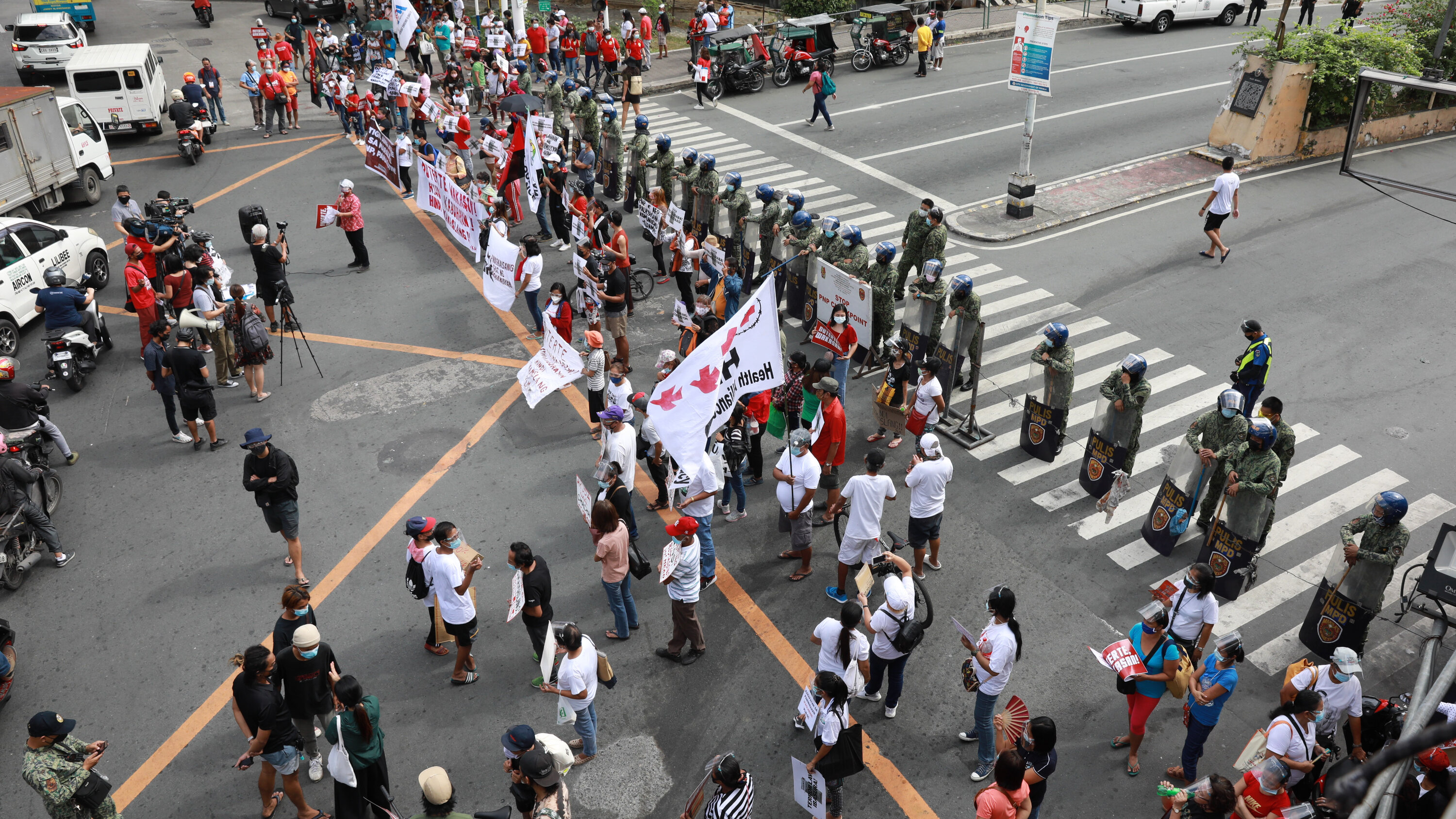 Cristina Palabay, the leader of the rights group, Karapatan, said the raids were carried out at the activists’ homes and offices. Two of the victims, a couple, were killed as their 10-year-old son hid under a bed, she said.

A government spokesman could not immediately be reached for comment, but a security official confirmed that nine people had been killed in raids carried out jointly by the military and the Philippine National Police. He spoke on condition of anonymity because he was not authorized to discuss the matter.

Ms. Palabay said the killings had occurred in the provinces of Cavite, Laguna, Batangas and Rizal, all in the southern part of Luzon Island, near Manila. She said the activists who were killed had worked for a variety of organizations, including a group that works on behalf of Philippine fishermen and another that campaigned for the rights of the urban poor.

“Nothing could be more apt than calling this day a ‘Bloody Sunday,’” Ms. Palabay said in a statement. She said the killings were part of a “murderous campaign of state terror” by the government of President Rodrigo Duterte to stifle legitimate dissent, and she urged the country’s independent Commission on Human Rights to investigate the raids.

Three activists were arrested in the raids, including a paralegal who worked for Karapatan, Ms. Palabay said.

Mr. Duterte and other prominent Philippine officials, including military and police commanders, have accused Karapatan and other leftist groups of having ties to a long-running communist insurgency in the country. Karapatan and similar groups have denied being involved with violence.

Phil Robertson, the deputy Asia director at Human Rights Watch, said his organization was “seriously concerned” about the reports of the raids, which he said were “clearly” part of the government’s counterinsurgency campaign against the communist rebels.

“The fundamental problem is this campaign no longer makes any distinction between armed rebels and noncombatant activists, labor leaders and rights defenders,” Mr. Robertson said in a statement.

On Friday, two days before the raids, Mr. Duterte urged Philippine security forces to kill communists in battle. “I’ve told the military and the police that if they find themselves in an armed encounter with the communist rebels, kill them, make sure you really kill them, and finish them off if they are alive,” he said.

The Communist Party of the Philippines issued a statement urging its armed wing, the New People’s Army, which has been waging an insurgency since 1969, to “punish the perpetrators and masterminds” behind the reported raids.