As Covid Deaths Soar in Brazil, Bolsonaro Hails an Untested... 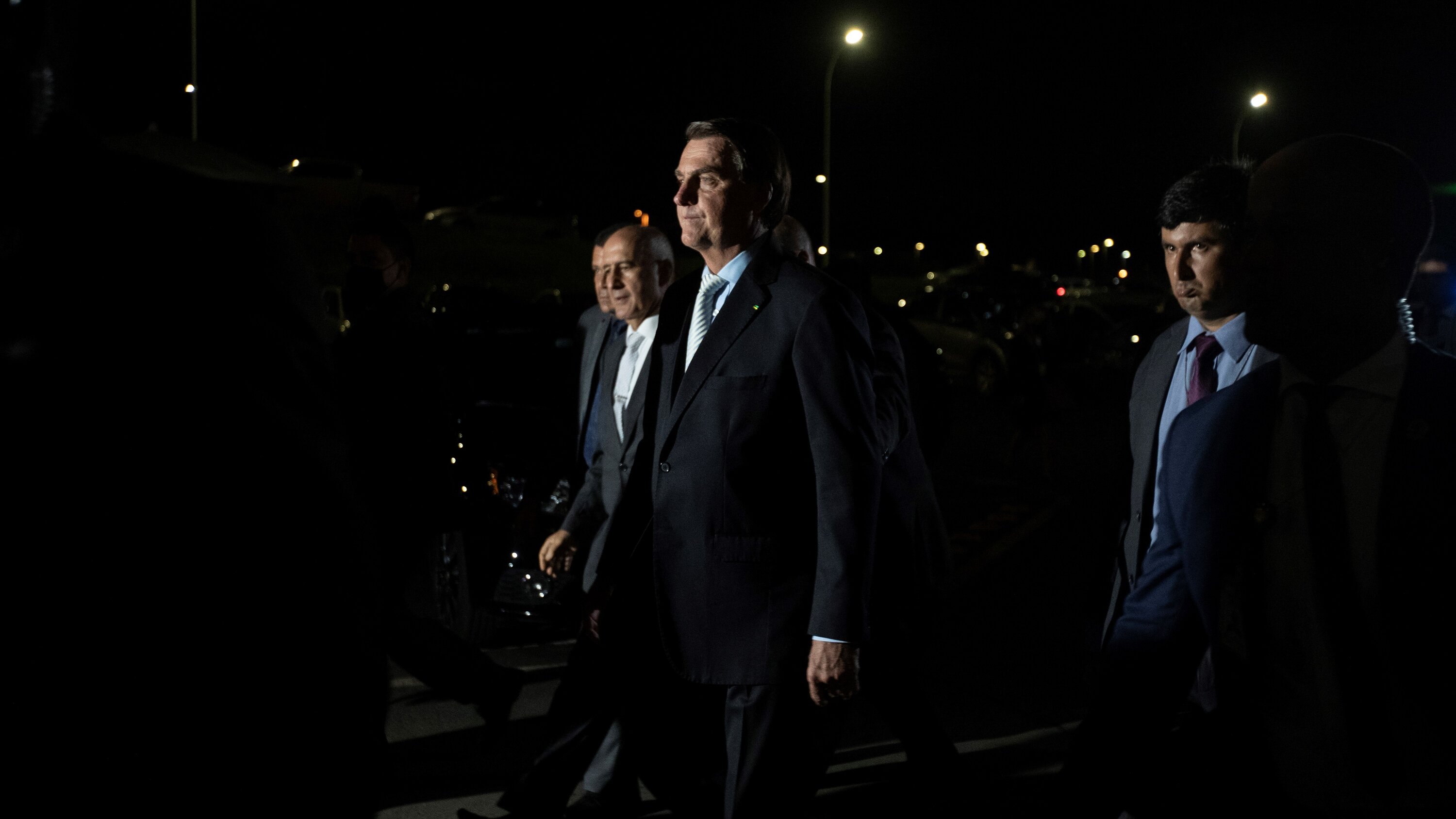 RIO DE JANEIRO — Brazilians are dying in record numbers from Covid-19. Intensive care units in a growing number of cities are full or near capacity as more contagious variants drive up cases. Elderly people have begun sleeping outside vaccination centers hoping to score a shot from the country’s limited stock.

But this is no time for new restrictions on businesses and transit, President Jair Bolsonaro said defiantly on Thursday. Instead, his government is placing tremendous hope in an experimental nasal spray, under development in Israel to treat severely ill Covid-19 patients, that the president has called a “miraculous product.”

On Saturday, Foreign Minister Ernesto Araújo is scheduled to travel to Israel to meet scientists who are developing the spray, which has only undergone preliminary tests and is not being used in routine patient care anywhere. Mr. Bolsonaro’s government says it intends to test it on gravely sick patients in Brazil, where more than 260,000 people have died from the virus and where daily deaths hit a record 1,910 on Thursday.

“Brazil is going down in history as a case study of what failed leadership can do in a health emergency,” said Marcia Caldas de Castro, a Harvard University professor who studies global health, “and the way we measure the cost is in lost lives.”

Mr. Bolsonaro was an early and effusive champion of the anti-malaria drug hydroxychloroquine, which he ordered the government to mass produce. He continued to sing its praises this week, even after a team of experts from the World Health Organization strongly advised against its use, citing studies that have found it ineffective and potentially dangerous.

Brazil’s Covid-19 vaccination campaign is off to a slow and chaotic start because the government was late to start negotiating access to vaccines, whose safety and efficacy Mr. Bolsonaro has called into question.

While doctors struggle to triage patients as intensive care units fill up, Mr. Bolsonaro has renewed his war with governors and mayors over business shutdowns, social distancing and mask wearing.

On Wednesday, the president sought to reassure Brazilians that help was on the way by announcing that his administration intended to sign a memorandum of understanding in Israel to test the nasal spray, which he said could emerge as “the real solution to treating Covid.”

The Israeli scientists who are developing the nasal spray say it’s too early to tell whether it will prove to be a pandemic game changer.

The drug, called EXO-CD24, aims to prevent “cytokine storms,” which are overwhelming immune-system responses to Covid-19 that can cause serious inflammation of the lungs, organ failure and sometimes death.

Initial clinical trials showed that 31 of 35 patients suffering from severe symptoms were discharged from the hospital after receiving two to five days of treatment with the drug, said Dr. Nadir Arber, a researcher at the Sourasky Medical Center in Tel Aviv who helped develop it. In the early trials, he said, the drug was administered by inhalation, but the goal is to administer it as a nasal spray.

Dr. Arber said he was optimistic, but urged caution. “We are still at the beginning of the process,” he said.

The first trials did not include a placebo for comparison. The treatment has not undergone advanced clinical trials and its efficacy has not been assessed in a peer-reviewed scientific journal.

Testing the drug’s effectiveness will require additional phases of tests and comparing the outcomes of patients treated with it with those who receive a placebo. Such studies often take several months.

“It still has a long way to go,” said Tomer Hertz, an associate professor in the microbiology and immunology department at Ben-Gurion University. “It’s not possible to judge whether it works at this point.”

Prime Minister Benjamin Netanyahu, who is close to Mr. Bolsonaro, has made contradictory statements about the spray. The Israeli premier has called it a “miracle drug” but has also acknowledged that its efficacy has not been established.

This week was the deadliest in Brazil since the outbreak began a year ago, prompting officials in several states to order a new round of curfews and restrictions on businesses.

Speaking to supporters on Thursday, Mr. Bolsonaro railed against those measures.

“You didn’t stay at home,” the president said. “You weren’t cowards. We need to face our problems.”

Mr. Bolsonaro said he regretted any loss of life, but demanded to know: “How long are you all going to keep crying?”

Brazil’s outbreak, among the worst in the world, has become a source of global concern as new, more contagious variants have become dominant in much of the country. Scientists say there is worrisome evidence that the variants can make reinfections more likely and they are urgently studying whether these variants reduce the efficacy of vaccines.

On Friday, officials at the World Health Organization called the surge of cases in Brazil deeply troubling and warned that it could wreak havoc well beyond the country’s borders.

Dr. Michael Ryan, the director of the organization’s health emergencies program, said there was growing concern about reinfections. “There’s no question that a proportion of cases that are occurring now are reinfections, potentially due to waning immunity or due to the fact that new variants may be evading the immunological protection of natural immunity,” he told reporters.

“If Brazil is not serious, it will continue to affect the whole neighborhood and beyond,” he said. “This is not just about Brazil.”

Fourteen Brazilian governors on Thursday sent a letter to Mr. Bolsonaro demanding that the federal government redouble efforts to get more vaccines. As of Friday, about 6.6 million people in Brazil — about 3.1 percent of the population — had received at least one dose of a vaccine.

“If we don’t act quickly, the future will not judge us kindly,” the governors wrote.

Mr. Bolsonaro’s government maligned the Chinese vaccine that has been the most widely used in Brazil so far. It took a pass on an offer last August from Pfizer, of 70 million doses of its vaccine. It signed up for the W.H.O.’s vaccine procurement system, known as Covax, but only requested the minimum amount of doses required to participate: enough for 10 percent of a country’s population.

Still, Mr. Bolsonaro suggested on Thursday that the government is doing as well as can be expected in the global vaccine race.

He added: “There are none for sale around the world.”