The Latest Case of Vaccine Alarmism 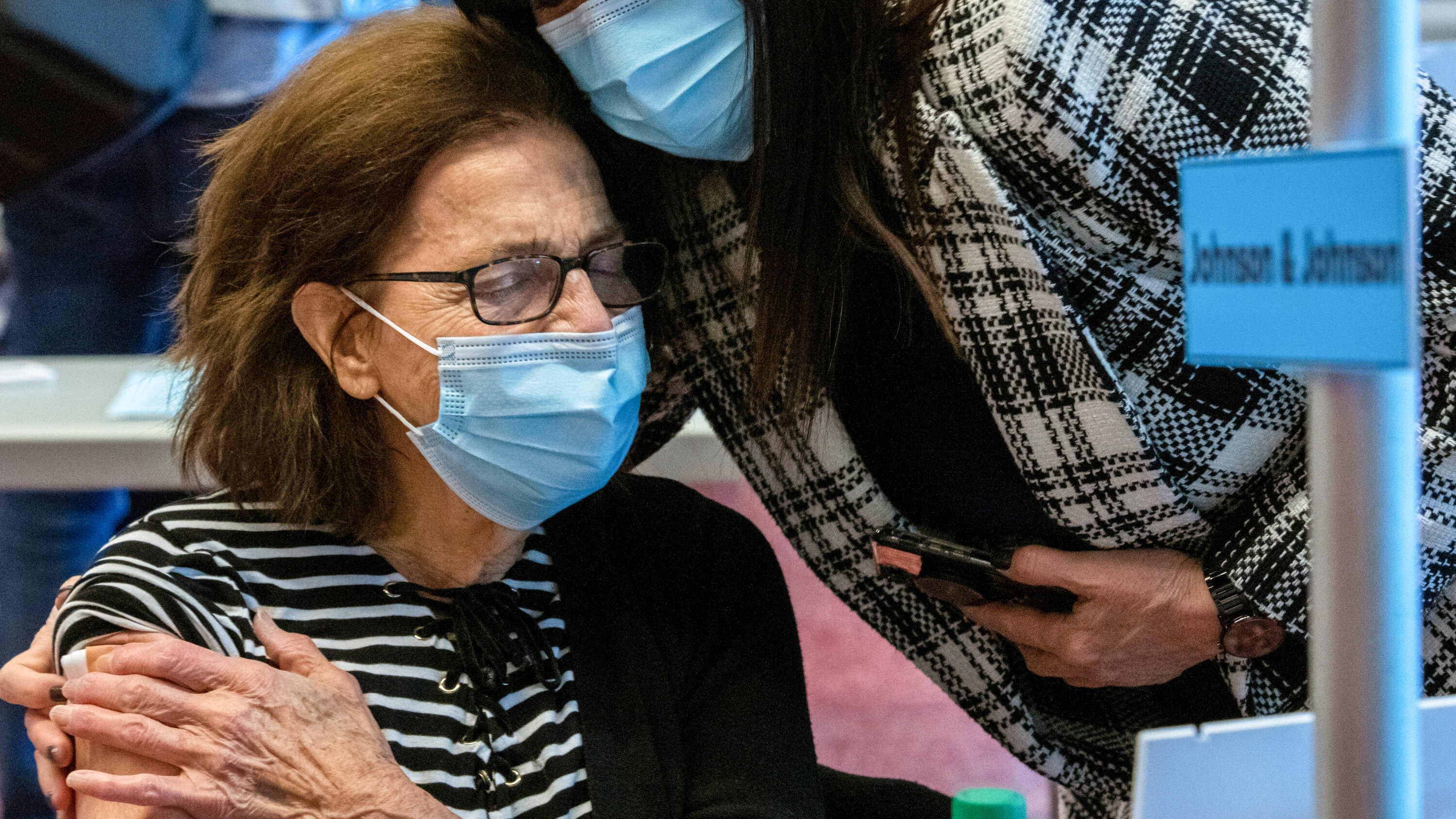 Good morning. How should you think about the Johnson & Johnson vaccine? We explain.

Many Americans are worried that Johnson & Johnson’s Covid-19 vaccine is an inferior product that may not be worth getting. Gov. Doug Burgum of North Dakota recently told The Washington Post that he was now seeing not only “vaccine hesitancy” but also “the potential for brand hesitancy.”

The most important measure — whether the vaccine prevents serious illness — shows the Johnson & Johnson vaccine to be equally effective as the other two. All work for nearly 100 percent of people. The picture is murkier for mild cases, but they are not particularly worrisome.

Today, I want to unpack the statistics about the three vaccines and explain why the current perception is a problem.

I’ll start with an anecdote that this newsletter has included once before: Dr. William Schaffner, an infectious-disease expert at Vanderbilt University, was recently talking with some colleagues about what they would tell a family member who could choose between getting the Johnson & Johnson tomorrow and one of the other vaccines in three weeks.

“All of us said, ‘Get the one tomorrow,’” as Schaffner recounted to my colleague Denise Grady. “The virus is bad.”

The headline effectiveness numbers — like 72 percent — describe a vaccine’s ability to prevent all infections from this coronavirus, known as SARS-Cov-2. But preventing all infections is less important than it may sound. The world is not going to eliminate SARS-Cov-2 anytime soon. Coronaviruses circulate all the time, causing the common cold and other manageable illnesses.

The trouble with this virus is its lethality. It has killed 15 times as many Americans as an average flu season. Turning Covid into something more like a mild flu or common cold means victory over the pandemic.

All three vaccines being used in the U.S. are accomplishing that goal. In the research trials, none of the people who received a vaccine died of Covid. And after the vaccines had taken full effect, none were hospitalized, either.

In the real world, the vaccines won’t achieve quite as stellar outcomes. Still, the results are excellent — and equally excellent across the three, as Dr. Cody Meissner of the Tufts School of Medicine said during a recent F.D.A. meeting.

But why doesn’t Johnson & Johnson appear to be as good at preventing mild illness?

There are a few possible answers. For one, Johnson & Johnson’s research trials seem to have had a greater degree of difficulty. They occurred later than Moderna’s or Pfizer’s — after one of the virus variants had spread more widely. The variant appears to cause a greater number of mild Covid cases among vaccinated people than the original virus.

Second, Johnson & Johnson is currently only one shot, while Moderna and Pfizer are two shots. That happened mostly because of how strong the Johnson & Johnson vaccine is. Initial testing showed it to deliver impressive levels of immunity after only one shot, while the others required a booster, as Dr. Robert Wachter, chair of the department of medicine at the University of California, San Francisco, explained to me.

The truth is that all of the vaccines seem to provide significant protection after a single shot. (Look at Britain, which is not rushing to give second shots and where cases and deaths continue to plummet.) Similarly, all three vaccines may benefit from a second shot.

I recognize that may make some people anxious about getting the single Johnson & Johnson shot, but it shouldn’t. If further data suggest that a second Johnson & Johnson shot would help, regulators can change their recommendation. Regardless, follow-up Covid shots may be normal in the future.

What’s the bottom line? A single Johnson & Johnson shot may indeed allow a somewhat larger number of mild Covid cases than two shots of Moderna or Pfizer. It’s hard to be sure. And it isn’t very important.

“The number that we should all truly care about is what are the chances I’m going to get this thing and get really sick or die,” Wachter said. After any of the three vaccines, he added, “There’s essentially no chance you will die of Covid, which is breathtaking.”

Like most Americans, I have not yet been vaccinated. As I looked into the differences among the vaccines, I’ll confess that I had a self-involved thought: Maybe the overwrought concern about Johnson & Johnson means that its shots will go begging — and I will be able to get one sooner.

If so, I will say yes, without hesitation, and feel relieved.

In the meantime, I’d offer this advice to anybody ahead of me in line: If your turn comes and you are offered the Johnson & Johnson vaccine, accept what is rightfully yours. Don’t let the perfect be the enemy of the just as good.

In Iowa yesterday: Gov. Kim Reynolds and the state’s public health director, Kelly Garcia, received the Johnson & Johnson vaccine during a news conference. “I’m very happy to have received it,” the governor said, “and would just once again encourage Iowans, when you get the opportunity, please take advantage of it.”

A Morning Read: People in Carbon County, Wyo., used to find steady work in coal mines. Soon the wind will pay the bills.

From Opinion: A pandemic baby boom? More like a baby bust.

Lives Lived: The Japanese artist Toko Shinoda’s fluid, elegant work owed much to calligraphy, but she also complemented its ancient serenity with the influence of Jackson Pollock and Mark Rothko. She died at 107.

This week, the estate of Dr. Seuss said it would no longer publish six of his lesser-known books because they contained offensive imagery. The decision ignited a debate over how an author’s works should be changed — if at all — to reflect evolving attitudes.

The move is part of an effort led by librarians and scholars to re-evaluate children’s classics in recent decades. Some libraries have withdrawn editions of illustrated series like “Tintin” and “Babar” for portraying nonwhite characters as savages. The Oompa Loompas in “Charlie and the Chocolate Factory” were originally dark-skinned pygmies from Africa, until Roald Dahl revised his work in the 1970s in response to criticism from the N.A.A.C.P.

“Children’s publishers and literary estates are trying to walk a delicate line by preserving an author’s legacy, while recognizing and rejecting aspects of a writer’s work that are out of step with current social and cultural values,” The Times’s Alexandra Alter and Elizabeth A. Harris write. Read their story here.

“25 Years of Rent: Measured in Love” is a virtual fund-raiser, tribute and a reminder that the musical remains inspiring in hard times. You can watch it through Saturday.

The pangram from yesterday’s Spelling Bee was flagpole. Here is today’s puzzle — or you can play online.

Here’s today’s Mini Crossword, and a clue: Because of (five letters).

If you’re in the mood to play more, find all our games here.

P.S. When did you know the pandemic would change your life? The Times wants to hear your story.

Today’s episode of “The Daily” is about the state of the pandemic. On “Sway,” Stacey Abrams discusses voting rights.