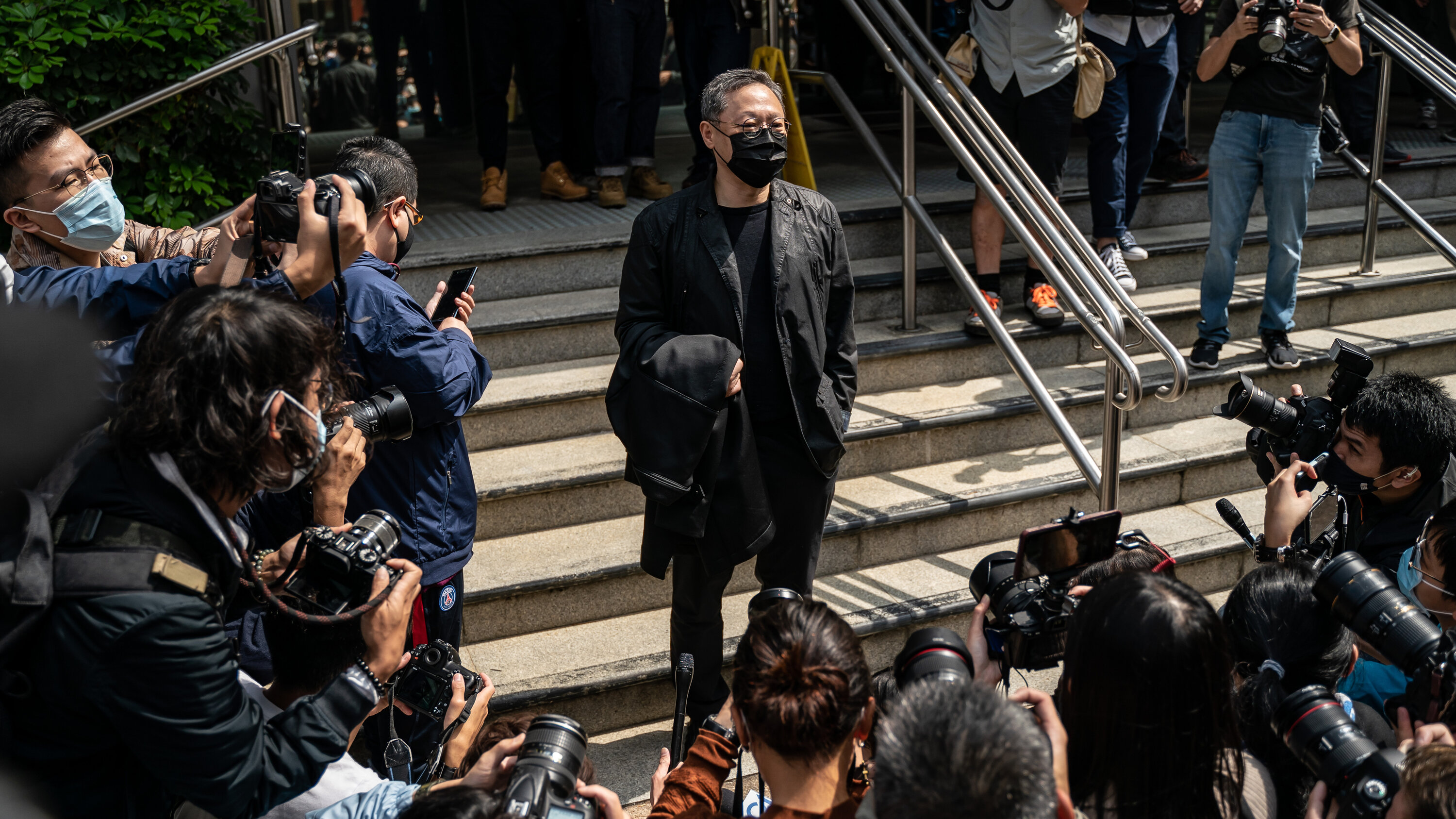 HONG KONG — Dozens of pro-democracy figures who were rounded up and detained last month were arrested again on Sunday and charged with violating Hong Kong’s harsh new national security law, the latest blow to the dwindling hopes for democracy in the territory.

The 47 politicians and activists charged on Sunday are accused of breaking the security law by helping to organize an informal election primary last year for Hong Kong’s pro-democratic political camp. They were among 55 people arrested in a January sweep and released on bail while the police continued their investigation.

Before Sunday, only a handful of people had been formally charged with violating the security law, though about 100 have been arrested on suspicion of doing so. Those convicted of violating the law can be sentenced to life in prison.

The police said that each of the 47 people had been charged with a single count of “conspiracy to commit subversion.” They include Benny Tai, a former University of Hong Kong law professor who drafted an election strategy for the pro-democracy camp that included the informal primary.

The primary, held in July, looked little different from others held in democracies around the world. More than 600,000 people named their preferred choices to run for legislative office in September, generally favoring candidates closely associated with the mass antigovernment protests that convulsed the city in 2019.

Under Mr. Tai’s strategy, the pro-democracy bloc could use a majority in the city’s Legislative Council to block the government’s budget, which under Hong Kong law could eventually force the chief executive, Carrie Lam, to step down.

But the authorities warned that under the security law, which China imposed on the city in late June, such a plan was potentially an act of subversion. Among other things, the law bans interfering with, disrupting or undermining the functions of the Chinese and Hong Kong governments.

The September elections were ultimately postponed by Mrs. Lam’s government, which cited pandemic restrictions. Pro-democracy activists said the delay was more likely an effort to stave off the defeat of pro-establishment candidates, who lost badly in neighborhood-level elections in 2019.

Last year, the Legislative Council’s pro-democracy bloc resigned en masse after Beijing forced four of its members out of office. This month, the Chinese government signaled that it planned to change Hong Kong’s electoral system to bar candidates seen as disloyal to China’s ruling Communist Party. While the details of those changes have yet to be finalized, they are expected to prohibit all but the most conciliatory opposition figures from taking office.

The 47 people charged on Sunday had been ordered days in advance to report to the police, and since then, many had been saying farewell to loved ones and buying prison necessities, like metal-free glasses and sneakers without shoelaces.

Owen Chow, a 24-year-old activist, posted a photo online Sunday of a Buddhist chant newly tattooed onto his right arm. “It looks like the suffering will continue indefinitely,” he wrote. “What we need is not imagination about the suffering, but hope and determination beyond suffering.”

While in the station, Mr. Chow was charged with subversion under the national security law, according to his lawyer.

Lester Shum, who was a leader of the 2014 pro-democracy protests known as the Umbrella Movement and participated in the primary last year, was also charged. He said the road to the arrests had begun with the 2019 protests.

“We have long before decided that we would not bow to authoritarianism,” he said. “I hope that everyone will carry this decision in the very difficult days ahead.”