Inside the Shadowy Militias Luring Unsuspecting Afghans to Fight, or... 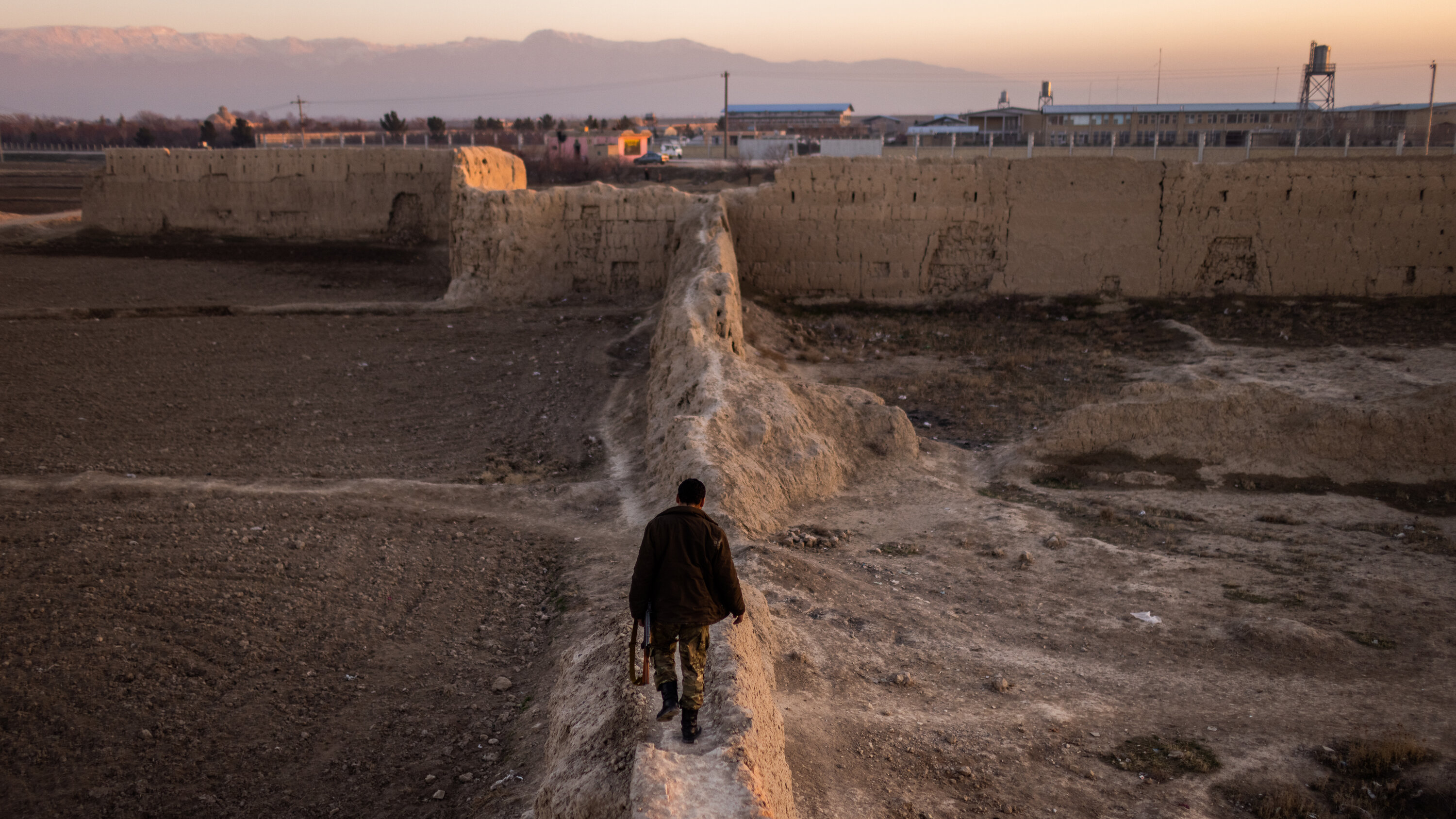 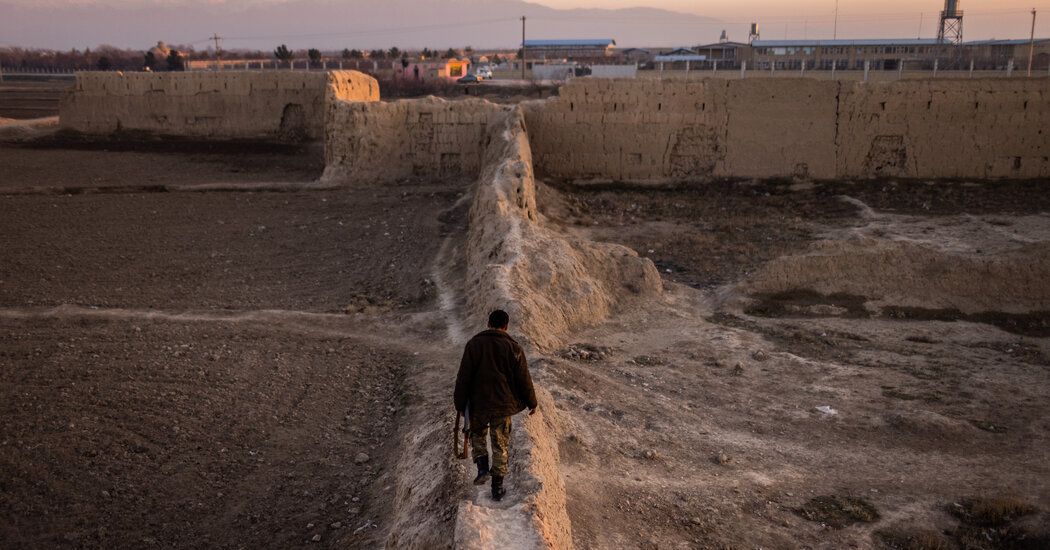 MAZAR-I-SHARIF, Afghanistan — A network of shadowy power brokers and warlords, bankrolled by the Afghan government and the national police force, is luring disadvantaged people into joining militias, sometimes under false pretenses, out of a growing desperation to hold territory around highways in the country’s north, according to former militia members and local officials.

These key arteries, which are the few means of road travel between the provinces, have increasingly become the front line for an emboldened Taliban insurgency. To protect them, local officials in Balkh Province are manning highway outposts with often untrained Afghans, who are given little more than a rifle and the promise of a paycheck if they survive. Others have been offered construction jobs, only to arrive and realize there is no repair work to be done.

The militia members are dropped in areas too dangerous to flee and only picked up weeks or months later, dead or alive.

The crooked recruitment practice is the latest indication that Afghanistan’s security forces have been hollowed out by degrading morale and poor recruitment as Taliban attacks continue at an unrelenting pace across the country.

It also signals a resurgence of warlordism, a distinct echo of a past civil war when the country was fractured into territories ruled over by strongmen and a disturbing warning of where the country’s future may lead as peace negotiations in Qatar stall and a possible complete American withdrawal is just months away.

Interviews with more than a dozen local officials, former militia members, security officers, family members and even some of the commanders who acknowledged their involvement uncovered details about the militia network and the quiet support it is receiving from those in high levels of the Afghan government. They also revealed the toll taken on the families whose loved ones are being recruited to their deaths.

“My son lacks any military experience, he is disabled,” said Sayed Mir, whose son Jawed nearly died at an outpost after being shot in the neck. “He is not someone who should be taken to war.”

Balkh Province was once one of the most stable provinces in the country. Its position along the border with Uzbekistan and on a key trade route from Turkmenistan lifted the local economy after the U.S. invasion in 2001. But in recent years, stability there has steadily declined as the government in Kabul has struggled with controlling provincial leadership and supplying the north with a sufficient number of security forces.

In July 2020, Sayid Jawad, a resident of Balkh, thought he had been hired to rebuild a government outpost destroyed by Taliban attacks for $150 a month, the kind of money he hadn’t earned in a long time.

At the base roughly 15 miles from his home in Mazar-i-Sharif, Mr. Jawad, 27, soon realized there was nothing in need of repair. A day later, he was handed a Kalashnikov and received a simple order over the radio from the district governor: Fight or die.

“I asked them if we were here to do construction work or get killed,” Mr. Jawad said.

He had unwittingly joined a “one-key” militia, a reference to unregistered cars that are imported into Afghanistan as spare parts, thereby dodging government taxes and a record of registration. In the case of militias, it means there’s no proof of member enrollment, freeing commanders from having to pay their recruits — if they survive.

“The one-key is the most dangerous job on both sides of the war,” Mr. Jawad said, back in his home in Mazar-i-Sharif. “If you get killed, your family won’t receive condolence money or your salary.”

He added that it was like signing up to “commit suicide.”

Tariq Arian, a spokesman for the Interior Ministry, tried to defer questions to the Ministry of Defense before saying there would be an investigation into such militias.

“We haven’t had such cases in the past,” Mr. Arian said.

Balkh’s governor did not respond to multiple requests for comment.

The extent of the one-key militia network remains unclear. While one Afghan government official, who spoke on the condition of anonymity, said they were used across the country as a cheap substitute for depleted forces, there is no official record of the militias at the provincial or national level. The only paperwork required for enrollment — a problematic term given that in some cases people are effectively kidnapped and forced to fight — is a national identification card.

In Afghanistan’s south, some police commanders collect the salaries of dead or retired officers, and instead of restaffing their ranks, they recruit locals who are off the books, only paying them a portion of the salary, said Haji Mahmood Noor, a district mayor in Kandahar Province.

Of the 16 people in his base outside Mazar-i-Sharif, Mr. Jawad, who had previously spent several years in the army, said all the men had been lured there by the promise of construction work. Despite fighting at night and trying to train his compatriots during the day for nearly three months, in the end, he was never paid, he said.

Mr. Jawad’s neighbor, Jawed, was recruited under the same guise and then shot in the neck during a firefight.

While Mr. Jawad was an army veteran, Jawed, 25, who like many Afghans goes by one name, had never touched a rifle. He was born partially deaf and with a speaking impairment.

“They didn’t let me say goodbye to my family, they took me to the base and we were stuck there for two months,” Jawed said from his living room, the healed bullet hole visible along with the larger exit wound at the base of his neck.

The people who tricked Mr. Jawad and Jawed into joining were part of the web of recruiters responsible for staffing the one-key militia network in Balkh, allies of Atta Muhammad Noor, a longtime power broker and warlord in the province who fought the Soviets in the 1980s and the Taliban in the 1990s. During the civil war, he was a commander in Jamiat-i-Islami, an Islamist party in the country’s north. He then became Balkh’s governor shortly after the U.S. invasion in 2001 and refused to leave his position after President Ashraf Ghani fired him in 2017.

Despite his eventual exit from the office, Mr. Noor retains nearly de facto oversight over the current governor and the security network in place, according to local officials.

Some officials fear the one-key militias are a sign of things to come, something Afghans have long feared: a lawless country broken up into fiefs ruled by the Taliban and warlords, much like what happened in the 1990s. The return to prominence of such shadowy power brokers represents one more issue that the Biden administration must confront as it weighs whether to honor the May 1 timeline for withdrawal set by the Trump administration.

Capt. Mohammed Fawad Saleh, the officer in charge of a police battalion, is the centerpiece of Balkh’s one-key militias — in charge of not just the highways and their constellation of checkpoints but also of distributing recruits to outposts along those same roads.

Every month that he holds his allotted outposts, Captain Saleh receives a stipend from provincial officials or Mr. Noor’s affiliates, several people told The Times, though the captain and his aide denied any such arrangement. Some of the money is meant to be divided among the militia members, several sources confirmed, but is rarely distributed. Captain Saleh said he has nothing to do with the payments.

These purported dealings have only underscored the fate of territories once well-protected by Western troops. The reliance on such makeshift fighting forces demonstrates the ineffectiveness of the United States’ financial investment of more than $70 billion in weapons, equipment and training meant to prop-up the Afghan security forces that are now barely able to hold the country’s major cities.

“We didn’t get any uniforms or body armor. I was wearing the same salwar kameez as I am now,” Mr. Jawad said, pointing to a hole in his pants clearly burned and torn from flying debris. “What is the government for? If I could harm them, I would.”

Carved into Mazar-i-Sharif’s defensive walls, Captain Saleh’s headquarters is both a police base and where he keeps his luxury S.U.V.s and several horses, evoking his own warlord-like aura.

The use of militias is an act of desperation, he said, as his requests for more soldiers and police have been ignored by Kabul officials. He commands about 340 people, but needs 500. The American air support is gone, he added, and the Afghan air force always comes too late, if at all.

“That’s why we use one-key militia,” Captain Saleh said.

Sayid Mohammad, a tribal elder in Mazar-i-Sharif, said that he and other families complained last year to Balkh’s provincial council about the militia’s recruiting practices, and eventually Captain Saleh was fired.

Two months later, however, he returned to his duties. Captain Saleh would not elaborate on why he was fired or rehired, just that the government needed him because outposts were falling to the Taliban.

Seeming to justify the deceit in his methods, he said, “People wouldn’t join the one-key militia without experience because they know the consequences.”

Even if the highways stay open, the trade-off of security for human lives has left a trail of heartbroken families and devastated communities.

In Mazar-i-Sharif’s oppressively poor Ali Abad neighborhood, where one elder said more than 50 men had been recruited, Fatima cried for her son, Gholam Ali, who willingly joined the militia to pay off a loan. He was shot and killed last fall. Mr. Ali, 38, had worked for more than a year in the militia but was infrequently paid.

“I begged him not to go,” Fatima said, sobbing. “He said, ‘What can I do? My wife is asking for food, my kids are asking for food. There is no other way, the only way is to go and join the militia.’”

Reporting was contributed by Najim Rahim from Kabul, Afghanistan, and Taimoor Shah from Kandahar.