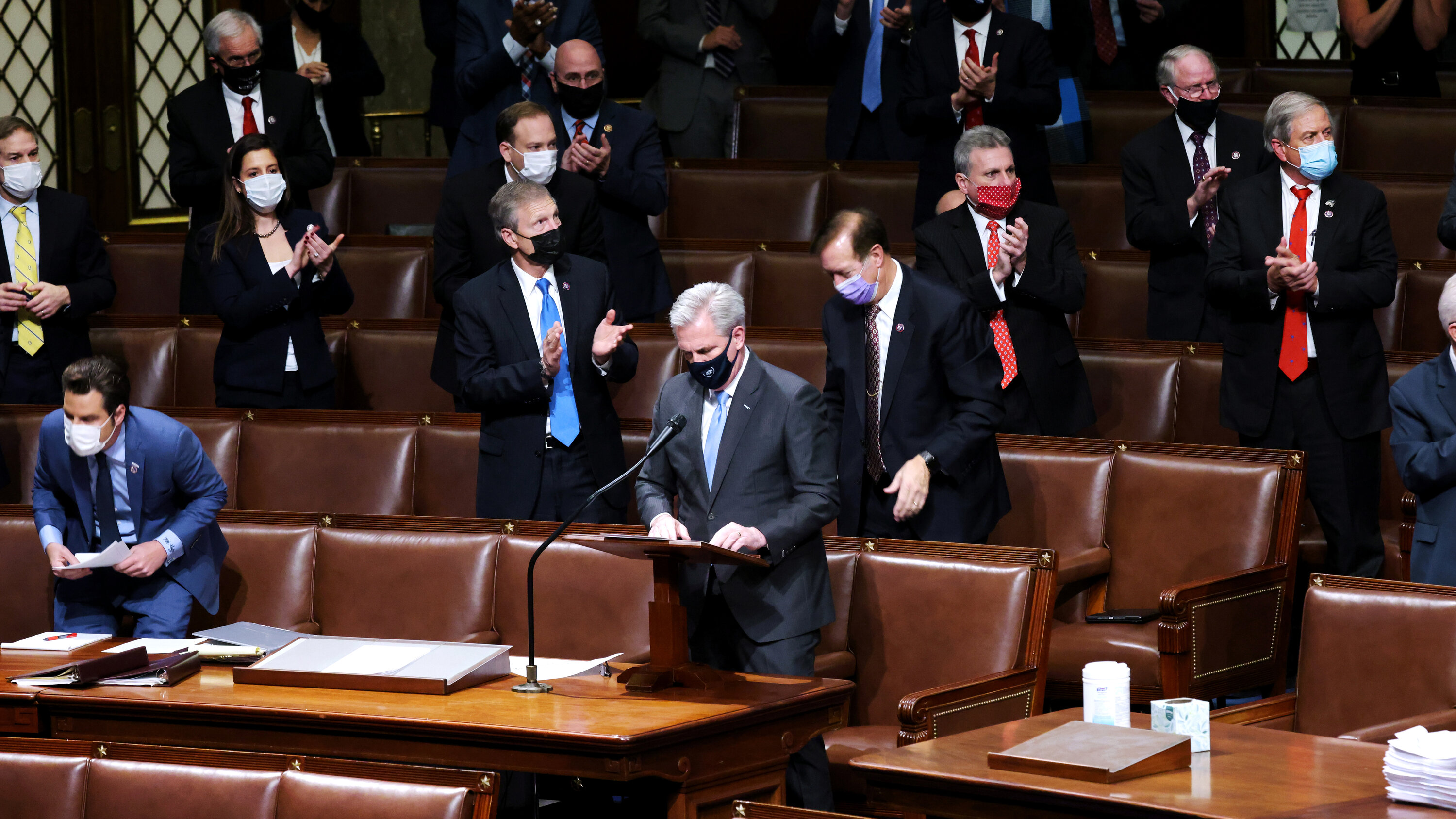 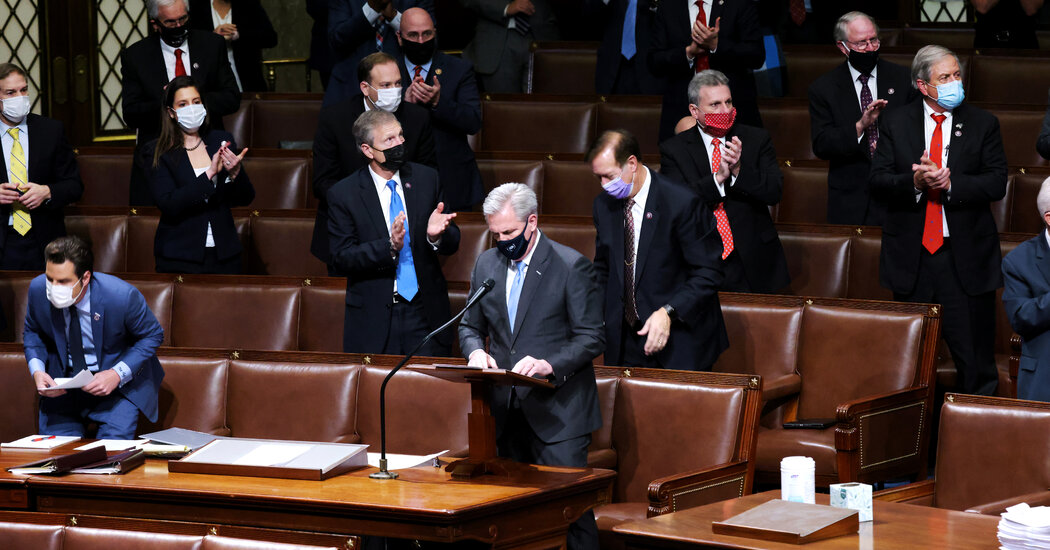 Large corporations and their lobbyists usually try to steer clear of messy political fights. Companies prefer to work behind the scenes, giving money to both political parties and quietly influencing tax policy, spending and regulation.

But President Trump’s effort to overturn the result of the presidential election — and the violent attack on Congress by his supporters — has created a dilemma for many companies. A growing number have decided that they are, at least for now, not willing to support members of Congress who backed Trump’s efforts to change the election result and promoted lies about election fraud.

Over the weekend, several large companies — Marriott, Blue Cross Blue Shield and Commerce Bancshares — announced a suspension of donations to members of Congress who voted against election certification. Yesterday, the list expanded to Amazon, AT&T, Comcast, Airbnb, Mastercard, Verizon and Dow, the chemical company. Hallmark has even asked for its money back from two of the senators who opposed certification, Josh Hawley and Roger Marshall.

“Just a few days ago, this would have been unthinkable,” Judd Legum — the author of the Popular Information newsletter, who has done the best recent reporting on corporate donations — told me.

In the Senate, the temporary ban on donations will also affect Rick Scott of Florida, Ted Cruz of Texas and a few other members. In the House, the group includes more than half of the Republican caucus, including its two top leaders, Kevin McCarthy and Steve Scalise.

“We have to create some level of cost,” Thomas Glocer, a board member at Morgan Stanley and Merck, told The Wall Street Journal. “Money is the key way.”

The National Association of Manufacturers, long one of the more conservative business lobbying groups, has been particularly harsh. It called out Republicans who “cheered on” Trump during his “disgusting” effort to overturn the election, which it said had “inflamed violent anger.” The association added: “This is sedition and should be treated as such.”

Still, many large companies have not announced a change. (And other companies, like Goldman Sachs and Google’s parent, have announced a pause on all political donations — a move that seems designed to prevent public criticism while also not angering politicians who supported attempted election fraud.)

McDonald’s and the tobacco company Altria, which are among the top 20 donors to McCarthy, the House Republican leader, have not announced a halt on donations to any Congress members. Neither has Bank of America (a major donor to Scott), although it said it would “review its decision making.”

The well-connected law firm Squire Patton Boggs has also not announced any policy change. It has donated to Paul Gosar, a House member from Arizona who helped promote the Jan. 6 rally that turned violent, tweeting “#FightForTrump” and “The Time Is Now. Hold the Line.”

What’s the bottom line? I asked Andrew Ross Sorkin, the Times columnist who has spent two decades covering corporate leaders, and he said that the announcements amounted to “temporary defensive moves.” The real question was whether, six months from now, the companies would go back to donating to the politicians who supported overturning a presidential election.

For more, read Andrew’s latest column, which argues for a permanent end to corporate political donations.

(After we published this newsletter, Squire Patton Boggs announced it was suspending donations to all politicians, regardless of whether they supported overturning the election result.)

A Morning Read: Visit the pleasure garden of the Roman emperor Caligula, where frescoes and peacock bones tell extraordinary stories.

From Opinion: It’s in Republicans’ long-term interest to impeach Trump, Bret Stephens writes. Michelle Goldberg argues that while social media companies were right to bar Trump, they wield too much power.

Lives Lived: Television viewers met Pat Loud in 1973 as the loving, boisterous, witty, resilient and sometimes angry and hurt matriarch at the center of what is now considered the first reality TV show: “An American Family,” on PBS. She died at 94.

What Comey says now — and what he doesn’t

The reviews for James Comey’s new memoir, “Saving Justice,” are in, and they’re mixed. In The Times, the author Joe Klein calls it “a slight and repetitive book, but not an insignificant one.” The book is timely, with its central focus on “the national descent from strict, fact-based truth,” Klein writes.

Quinta Jurecic, in The Washington Post, says the book is “both an exploration of the values Trump has tried to pervert and an explanation of why those values matter.” The result, she writes, is “more of a user’s manual for the justice system” than a memoir.

Among the book’s biggest downsides: Comey’s lack of introspection about the Hillary Clinton email case in 2016. He refuses to acknowledge error or to engage with the strongest criticisms of his decision to publicize the investigation, against Justice Department policy. All he will admit to, as Klein writes, are “sins of honesty.”

The pangram from yesterday’s Spelling Bee was fanciful. Today’s puzzle is above — or you can play online if you have a Games subscription.