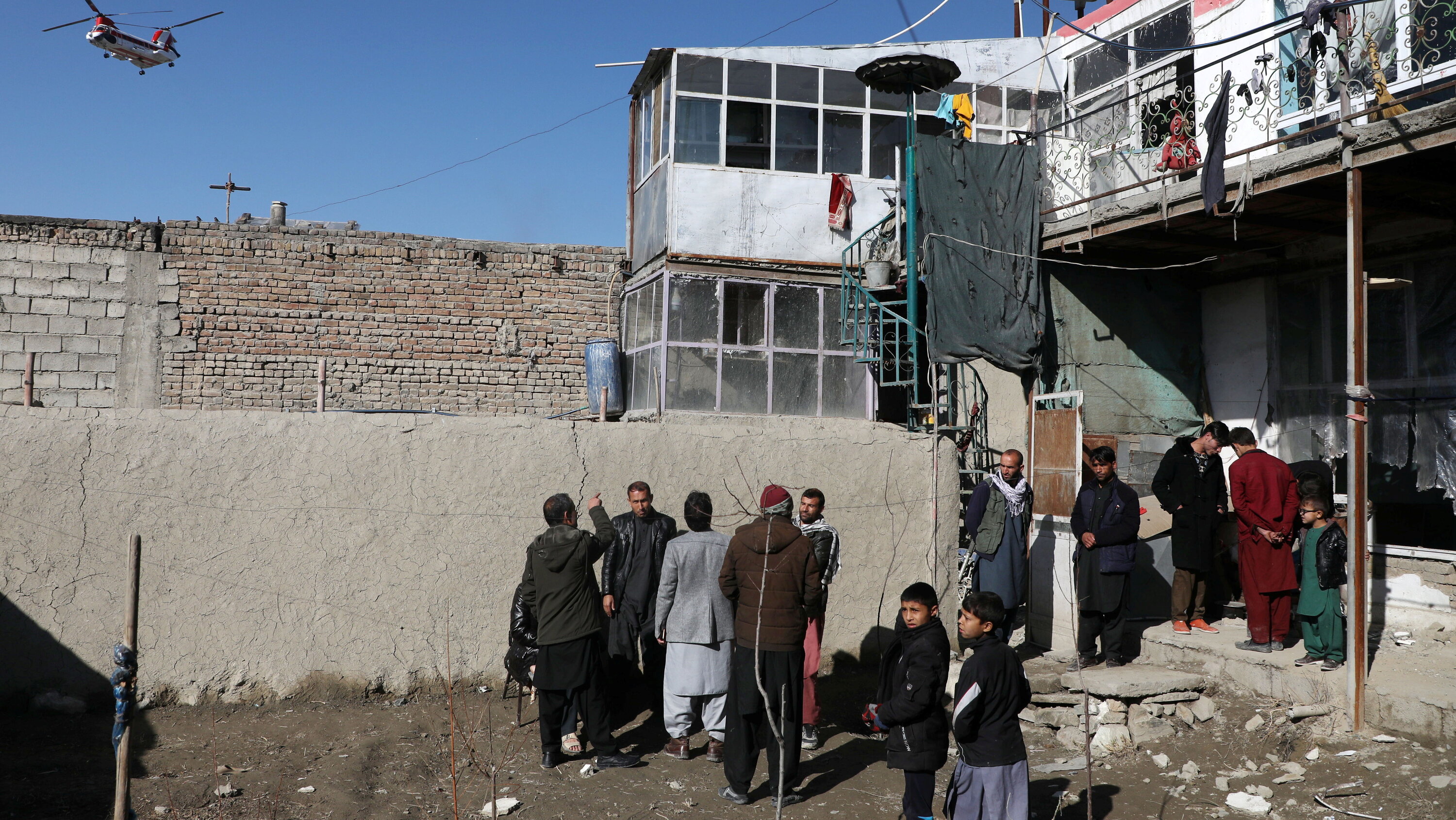 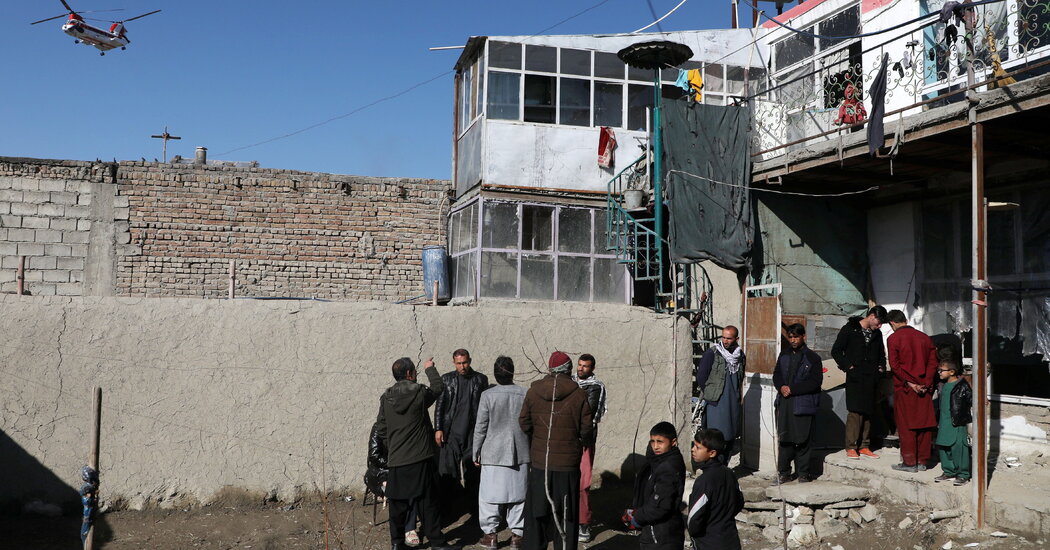 KABUL, Afghanistan — After Ahmad Jawad Hijri saw the wounded children in the hospital and learned of the Afghan airstrike that put them there, killing nine others around their age in northern Afghanistan, he never expected that his response would land him in jail.

But Mr. Hijri, then the spokesman for the governor of Takhar Province, was arrested, imprisoned for three days and then fired after telling the news media what had happened — a standard part of his role which he had performed many times before. Top officials in Kabul insisted that only Taliban fighters had been killed in the strike, not children, and that anyone who said otherwise was to be prosecuted.

“At the hospital I saw the wounded children,” Mr. Hijri said. “I did not make a mistake.”

The war in Afghanistan has long been one of competing narratives. But the government’s response to the Oct. 22 strike in Takhar Province signaled a shift in tactics by President Ashraf Ghani’s administration: an overt declaration of its willingness to suppress and deny information on the deaths of innocent people. It also highlighted the changing political landscape as peace negotiations continue in Qatar and the Taliban move to take advantage of the attention they are attracting on the world stage.

The news briefings that defined the early years of the war as both sides jockeyed to win Afghan hearts and minds have nearly ceased. That leaves its main players — the United States, the Taliban and the government — all testing different communication strategies to achieve their desired ends.

But with the Americans set to possibly withdraw from the country in the coming months, the Afghan government — inundated by Taliban attacks, slumping morale among its security forces and waves of targeted killings across the country — has only shrunk away from portraying itself as a bastion of democratic values.

The October airstrike, experts said, was a turning point for the Afghan government. Even the pretense of accountability shifted to outright condemnation of those going against the government’s bottom line, probably because of a fear of losing public standing further.

The clampdown has only emboldened the Taliban, eager to prove themselves capable of leading Afghanistan better than the current leaders, who are increasingly losing credibility.

The Afghan government is “so afraid of criticism, they are unwilling to admit to errors or hold themselves accountable,” said Patricia Gossman, the associate Asia director for Human Rights Watch. “It’s ultimately self-destructive, but they’re desperate to control information.”

Earlier in the war, the Afghan government was reticent about civilian casualties inflicted by the coalition or by Afghan forces, often pledging to investigate but offering results that were rarely publicized. But at the least the episodes were acknowledged, and local officials from areas where civilians were wounded or killed were allowed to speak about them freely.

The Taliban have used civilian deaths as a propaganda tool for the entirety of the war, pointing to U.S. and NATO airstrikes and night raids as glaring crimes against the Afghan people. But as Western troops scaled back their presence, and Afghan forces leveled their own weapons against the insurgent group, the ensuing errant airstrikes and misguided artillery fire that have wounded and killed innocents have become an ever more powerful propaganda tool, this time leveled directly at the Afghan government.

One such example involved photos of dead civilians and destroyed property posted to Twitter last week by a Taliban spokesman who highlighted them as war crimes committed by the Afghan and U.S. militaries. Such images are often catalysts for public outcry that aims both ways: blaming the government for an inability to protect its people and the Taliban for their unwavering commitment to violence.

As the Taliban have scaled up their propaganda distribution, the Afghan government has tightened the reins on official dialogue with the public. Since October, the Ghani administration has muzzled provincial spokesmen and district governors, demanding that they stop relaying information to the news media, several Afghan officials from multiple provinces told The Times, especially relating to civilian casualties.

The crackdown has prompted fears among provincial spokesmen that they could lose their jobs or face arrest. One spokesman, who spoke on the condition of anonymity, said that journalists often had to wait hours or days to hear from the provincial governors because their spokesmen were not allowed to respond.

American officials and members of Mr. Ghani’s administration attributed the clampdown to a lack of coordination between local and national agencies and said that the provincial spokesmen were barred from talking only about security issues.

Sediq Seddiq, Mr. Ghani’s spokesman, denied that the government was trying to limit information, saying that the Afghan government has “been a pioneer in supporting our vibrant media and the enforcement of access to information laws which are unprecedented in the region.”

Ultimately, the Afghan government’s decision to stifle information at the local level means that the Taliban have more space to control the narrative in the country’s districts where they are present but that Afghan officials have greater command over the national narrative, a former U.S. official said.

This dynamic played out on Sunday in southern Afghanistan. Local officials in Nimruz Province claimed an Afghan airstrike there killed at least a dozen civilians a day earlier, only to have the governor later say that 12 Taliban had been killed and that a report of civilian casualties was being investigated. That same day, protesters took the remains of those killedto the provincial capital, saying women and children were among the dead.

The repression of information has been a boon for the Taliban, an insurgent group that once banned televisions and rarely talked to reporters. Their Feb. 29 agreement with the United States on a timetable for withdrawal, experts say, helped legitimize the group on an international level, prompting the Taliban’s public relation apparatus to grow considerably.

Taliban opinion pieces written in English are often posted now on the group’s website, Voice of Jihad, and sometimes appear in international news media outlets, including the Op-Ed page of The New York Times. Local Afghan news outlets post statements from Taliban spokesmen on social media, much as they would Afghan officials. It’s a far cry from a decade ago, when the Taliban’s messaging was often dismissed as lies.

The Taliban often lie about death tolls in their attacks, denying civilian casualties and at times blaming coalition forces for them. The group has denied taking any role in the recent string of targeted killings across the country, despite being directly implicated by the U.S. military and Afghan security officials.

Zabihullah Mujahid, the chief Taliban spokesman, said that their media strategy was focused on “sharing the truth for the people.” In reality, the group has two lines of effort: one supporting the peace talks and the other discrediting the Afghan government on the battlefield and supporting Taliban fighters.

To help counter the Taliban’s narrative, the United States started a small psychological operations unit called the Information Warfare Task Force-Afghanistan, according to U.S. military officials. The shadowy outfit was formed at the request of Gen. Austin S. Miller, the commander of U.S. forces in Afghanistan, in the wake of the 2018 killing of Gen. Abdul Raziq, the police chief of Kandahar. After his death in an insider attack, rumors quickly attributed his killing instead to the Americans.

By combining cybertools, intercepted communications and social media, the unit acts as an immediate counter to disrupt messaging and information channels of the Taliban and terrorist groups in the country, officials said.

Mr. Hijri, the former provincial spokesman, still refuses to cover up the civilian casualties he saw on Oct. 22. An Afghan Independent Human Rights commission report backed up his assertions on the episode, saying that an Afghan government airstrike had killed nine children, aged 7 to 13, and wounded more than 14 others. Taliban fighters were also hurt.

“I am amid two stones: One side is the Taliban and from another side is the government,” Mr. Hijri said. “Now my fate is not clear.”