Brexit Trade Deal Really Is Coming Down to the Wire 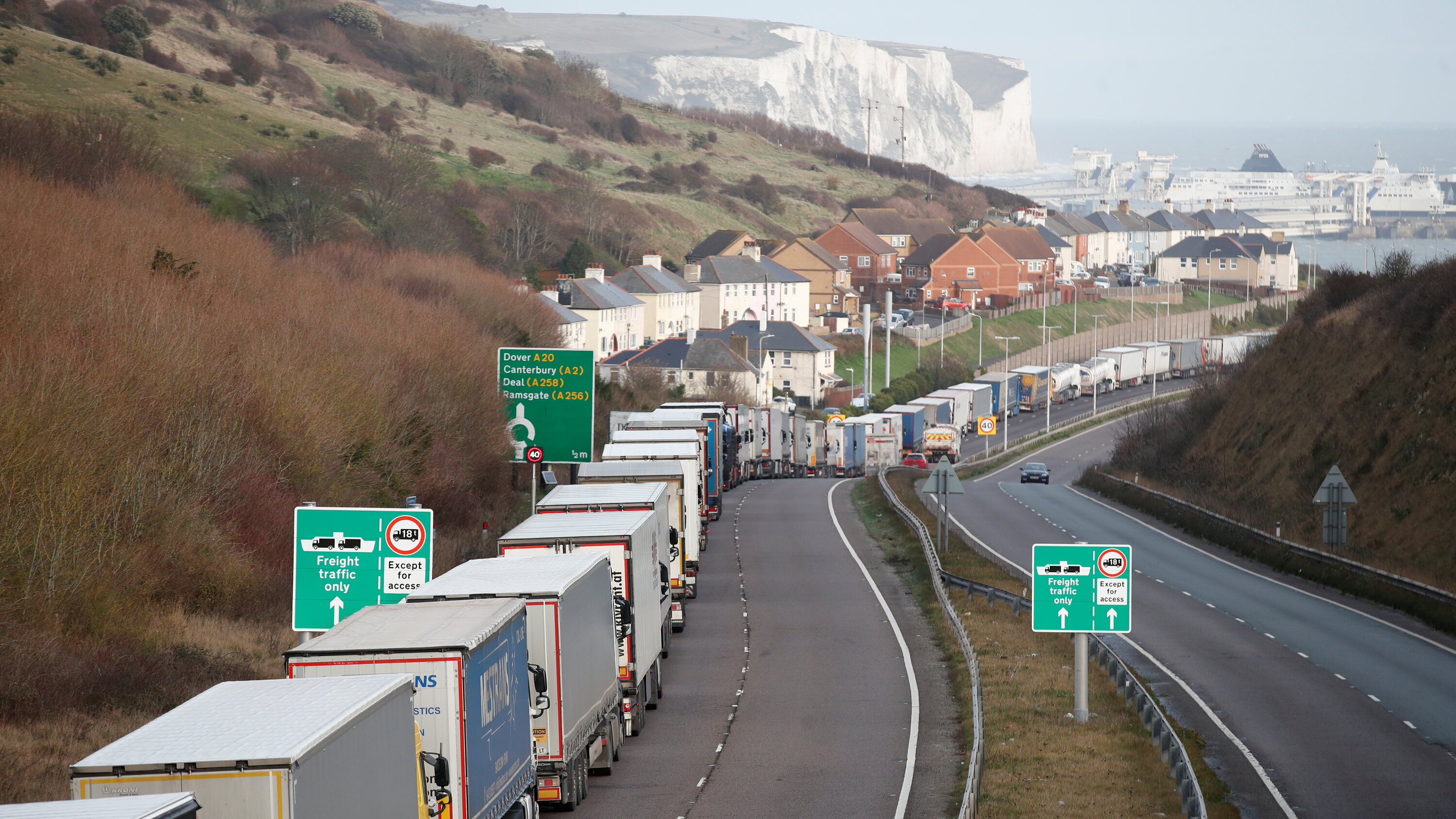 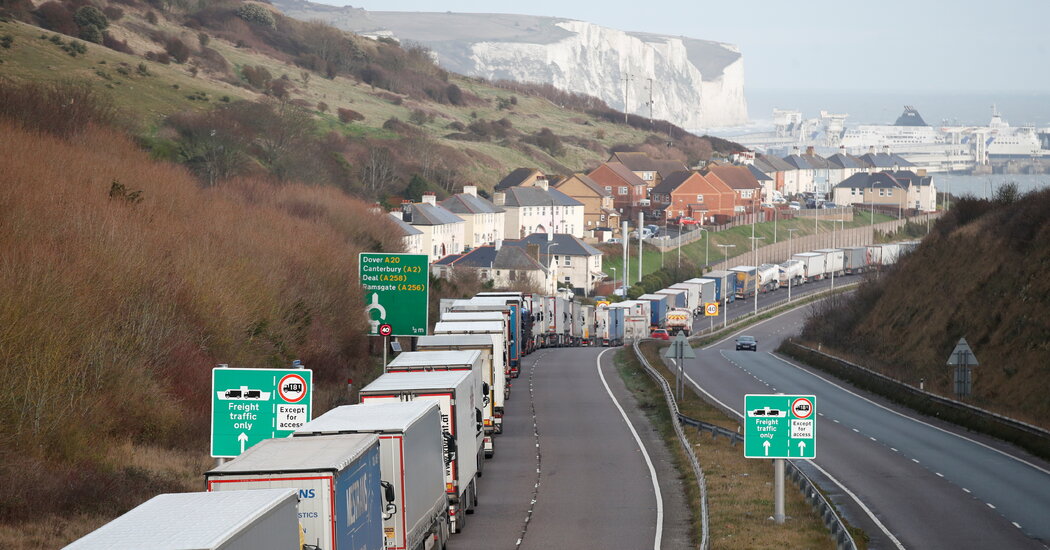 LONDON — In the neverland of post-Brexit trade talks, where every deadline seems notional and the extensions endless, there is a nonetheless a sense that Britain and the European Union are — really and truly — coming to the end of the road.

For the British and European Parliaments to ratify a trade agreement in an orderly fashion before the Brexit transition period expires on New Year’s Eve, analysts said, the two sides need to come to terms by Sunday.

That is not to say that Britain and the European Union couldn’t jam the deal through over the holidays, albeit in a more chaotic way. Nor even to suggest that they couldn’t go beyond Dec. 31 without a deal: they could theoretically come to terms early in 2021 and put them in place after a few days of uncertainty.

But those scenarios would thrust the two sides into uncharted territory, which analysts said neither wants. Foreshadowing what that could look like, trucks laden with cargo lined up for 20 miles on the highway leading to the port in Dover on Friday, waiting for ferries to continental Europe.

The delays were caused partly by businesses stockpiling goods in case Britain and the European Union fail to strike a deal. Like the ghost of Christmases yet to come, the tie-ups served as a harbinger of the even greater chaos that could erupt if the two sides suddenly began imposing tariffs and other trade barriers.

The leaders resorted to portentous language. “It’s the moment of truth,” said the European Union’s chief negotiator, Michel Barnier. “We have very little time remaining — just a few hours.” Prime Minister Boris Johnson said, “I have to say, things are looking difficult. There’s a gap that needs to be bridged.”

With the bulk of the negotiations behind them, however, British and European Union officials seemed mainly to be maneuvering for tactical advantage in how the deal will be presented to their respective publics. Dragging out the talks a bit longer would reduce the time lawmakers have to scrutinize the agreement.

That could be particularly important in Britain, where Mr. Johnson must deal with an ardently pro-Brexit faction of his Conservative Party that will be sensitive to any evidence that the government buckled to Brussels and watered down its commitment to asserting Britain’s sovereignty.

“It’s not really a question of the deal getting through,” said Mujtaba Rahman, an analyst at the political risk consultancy, Eurasia Group. “It will get through. But the question is, how will it get through? And how much aggravation will it cause the prime minister?”

Mr. Johnson is already under intense pressure over his handling of the pandemic. The government recently placed London and the country’s south and east into the highest tier of restrictions. Officials have not ruled out imposing a third nationwide lockdown if infections continue to spiral.

Although the British Parliament has gone into recess, it could be called back to vote on an agreement.

In their closing days, Mr. Rahman and other analysts said, the negotiations appeared to be largely about fishing quotas. Mr. Johnson would like to brandish a victory in fishing rights to offset the compromises Britain has already made on the more arcane, but far-reaching issues of state aid and competition policy.

“Coastal sovereignty is much easier to understand than the messy details of the level-playing-field rules,” Mr. Rahman said.

Under the terms of Britain’s departure from the European Union in January, it has continued to abide by the bloc’s regulations for the past 11 months while the two sides try to hammer out permanent arrangements on trade and other issues. If they fail to agree, they will default to World Trade Organization terms, which economists warned would inflict lasting damage on the British economy.

Like fishing rights, the lines of trucks are a tangible manifestation of those costs. Even with a deal, there are likely to be disruptions: Many traders will, for the first time in decades, have to complete reams of customs declaration forms and undergo controls to ensure that British exports — especially food — comply with the European Union’s single market.

Britain concedes it is not fully prepared. It plans to introduce the new system gradually over a six-month period, initially waving most trucks through when they disembark ferries. But if ports in France are gridlocked, the disruption will soon spread to the British side, leaving truckers stranded and highways clogged.

For British traders, the uncertainty is especially frustrating because the thorniest issues have largely been settled. The two sides, for example, have agreed in principle on a mechanism to resolve disputes over rules on fair competition. The European Union worried that Britain would allow its companies to adopt lower environmental and labor standards, undercutting continental businesses.

The only outstanding issue, analysts said, is whether grants offered by the European Union — as opposed to its individual nations — should be counted as state aid.

Negotiating a fishing deal remains more elusive, however, because Britain’s neighbors, notably France, are battling to keep as much access as possible to the British waters their fleets have fished for decades or even centuries.

Though Britain appears willing to agree to phase in the changes in fishing rights over several years, the two sides remain apart on the duration of that period. They are also at odds over how much of the catch currently in British waters that European Union vessels should be allowed to maintain.

While economically insignificant, fishing remains a politically charged issue on both sides of the English Channel because it is of critical importance to many coastal communities. A standoff could prompt French fishing boats to blockade ports in protest or London to dispatch Royal Navy patrol ships.