As War Goes On in Ethiopia, Ethnic Harassment Is on... 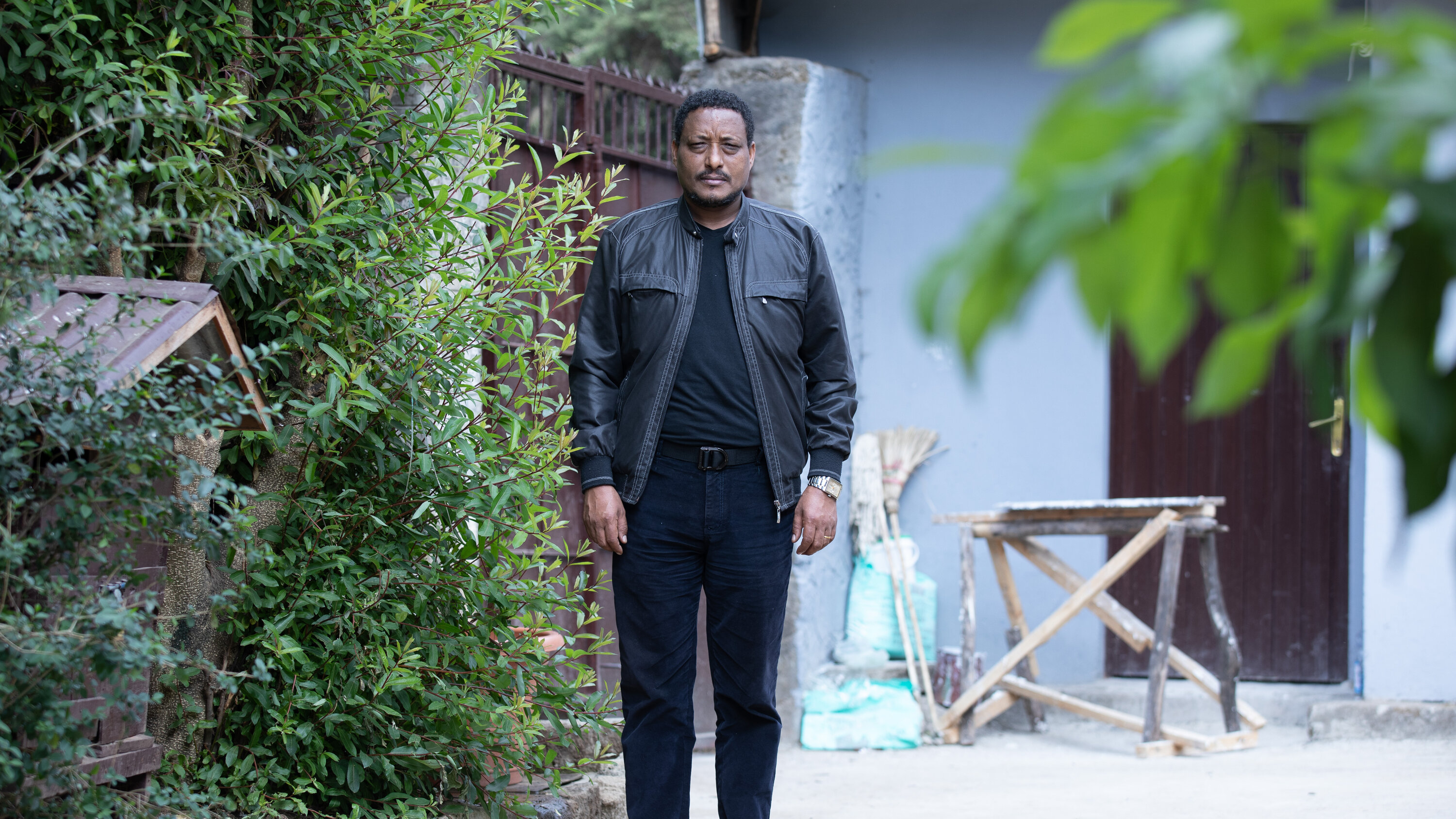 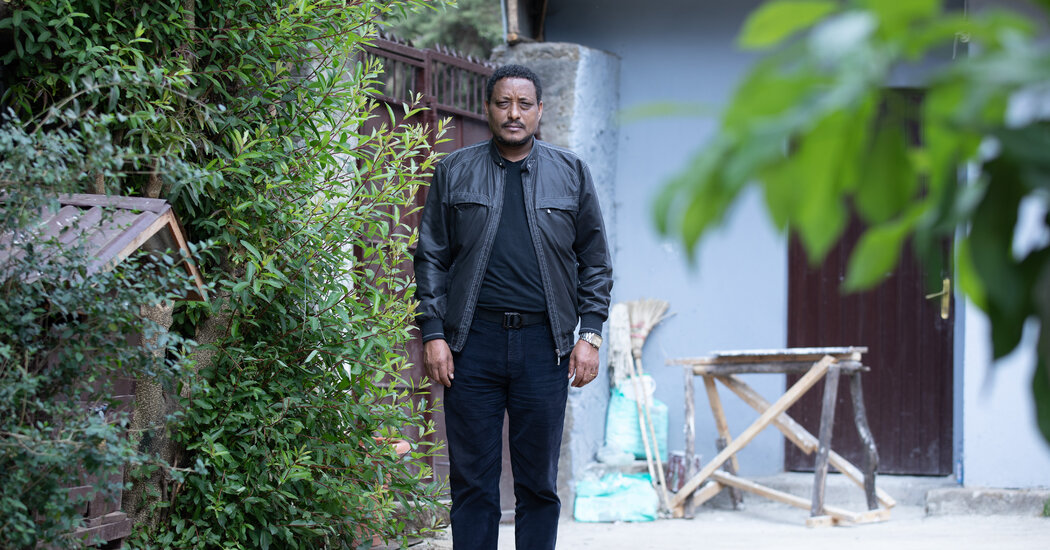 ADDIS ABABA, Ethiopia — On a bright day in mid-November, about a dozen police officers with machine guns barged into the home of Lisanewerk Desta, a theologian who is the head of the library and museum department at the Ethiopian Orthodox Church, and got to work.

The men, who had no warrant, Mr. Desta said, poured dried goods from his kitchen onto the floor, emptied his clothes drawers and even looked inside his clay coffee pot, seemingly searching for something to incriminate him. They confiscated only one item, he said: his Ethiopian identification card, which shows that he is from the Tigray ethnic group.

“I’m a scholar of the church, I’ve got nothing to be afraid of,” said Mr. Lisanewerk, who in an interview at his home shared photos and videos that his daughter had surreptitiously recorded of the raid. “But now I am under suspicion.”

Tigrayans belong to one of about eight major ethnic groups in Ethiopia, and for nearly three decades, they were the dominant force in the country’s politics. But life for many Tigrayans began to change in early November after Ethiopia’s prime minister, Abiy Ahmed, launched a military operation in the northern region of Tigray, whose leaders have resisted Mr. Abiy’s drive to centralize power in the federal government.

Nearly 50,000 Tigrayans have fled the country, in what the United Nations has called the worst exodus of refugees Ethiopia has seen in more than two decades.

Since then, many ethnic Tigrayans who live in the capital and other parts of Ethiopia say they have been treated like criminal suspects and subjected to various forms of discrimination, harassment and abuse by government officials.

They report being detained without charges, put under house arrest, and barred from traveling outside the country. Tigrayans say they have had their businesses shut down, homes ransacked and money extorted by security officials.

Several Tigrayans who live outside Ethiopia said they hadn’t heard for weeks from family members who were taken away suddenly to police stations and prisons. Some Tigrayan members of the Ethiopian military forces are being held in detention centers around the country, their families said.

The reports of ethnic profiling of Tigrayans, who represent about 6 percent of Ethiopia’s population of 110 million, are alarming to the delicate mix of people and power that makes up Ethiopia. The country is an uneasy confederation of 10 ethnically identified states, including Tigray, where fighting continues even though the national government has declared victory.

The moves have drawn concern from the United Nations Office on Genocide Prevention, which said that cases of ethnic profiling constituted “a dangerous trajectory that heightens the risk of genocide, war crimes, ethnic cleansing and crimes against humanity.”

Ethiopia’s attorney general, Gedion Timothewos, acknowledged last month that there had been “isolated incidents” in which law enforcement agencies “acted out of line.” But he said that the government takes the issue of ethnic profiling very seriously, and that it would establish a dedicated hotline for the public to report their complaints.

“We are doing everything within our power to make sure there will not be arbitrary or discriminatory measures,” he said, adding, “This is something that the government denounced.”

While the fighting has so far been confined to the Tigray region in the north, Tigrayan civilians in other parts of the country say they are feeling the spillover effects.

The 35-year-old manager of an accounting firm — who for fear of retribution from the government asked to be identified only by his given name, Sharon, which like many Ethiopians he also uses as his surname — said that last month his house in the Ethiopian capital, Addis Ababa, was raided by security officers in plain clothes who tore open his mattress and couch and smashed his washing machine.

“The problem here now is if you have any blood from Tigray, you are being discriminated” against, Mr. Sharon, who is of mixed ethnic Tigray and Amhara heritage, said. “This kind of fight, it won’t end.”

Mr. Sharon tried to help his sister when her house, too, was raided. A few days later, he went missing, and has not been heard from since, according to his family and close friends.

For almost three decades, the Tigrayans were at the center of power in Ethiopia after they led the guerrilla war that toppled the Marxist regime that had ruled the country from the mid-1970s until 1991.

But after antigovernment protests swept Mr. Abiy to power in 2018, leaders of the Tigrayan ethnic group were arrested and expelled from key positions — opening a wide gulf between the national government and the Tigray region, which is governed by the Tigray People’s Liberation Front, the party that used to exert national power.

While the government is suspicious that ethnic Tigrayans throughout Ethiopia are supporting the liberation front, many of those interviewed said they had no affiliation with the party. Others said they were former or current members, but even so, it did not make them antigovernment subversives.

“I was a member for 10 years but am no longer directly involved,” said Mr. Lisanewerk.

The latest conflict has aggravated the growing political divide in Africa’s second-most-populous nation, between pro-centralization Ethiopians like Mr. Abiy and those supporting ethnic self-rule, said Yohannes Gedamu, an Ethiopian lecturer of political science at Georgia Gwinnett College, in Lawrenceville, Ga.

The ethnocentric nature of Ethiopian politics makes “law enforcement and any criminal investigations difficult to conduct without looking at the ethnic element,” he said. “It’s saddening.”

In Addis Ababa, a state-backed condominium project sent a letter, which was seen by The New York Times, that suspended 10 Tigrayans, including drivers and site surveyors.

Security firms owned by Tigrayans have been suspended in the capital, with diplomats in three embassies confirming that, as a result, they have had to search for new security companies.

The purge is also taking place in state-owned companies like Ethio Telecom, the country’s major internet and telephone provider. In the days after the conflict began in November, officers arrived at a branch of Ethio Telecom in Addis Ababa and detained a maintenance manager and a senior director, both of Tigrayan descent, according to an employee who spoke on the condition of anonymity for fear of reprisals.

The company’s chief executive officer did not respond to requests for comment.

The authorities have also targeted journalists. Since the conflict began, Bekalu Alamrew, a reporter with the Awlo Media Center, an outlet owned by Tigrayans, was detained for over two weeks without being formally charged.

One accusation the police leveled against him was that he was in contact with the liberation front, according to Muthoki Mumo, the sub-Saharan Africa representative for the Committee to Protect Journalists. This is “a strange allegation,” Ms. Mumo said, “given that journalists have to communicate with different political actors in order to do their jobs.” (Mr. Bekalu has since been released.)

The authorities have also recently arrested other journalists (most Tigrayan, but also one who was not but who reported on Tigrayan issues) And they expelled a senior analyst with the International Crisis Group, a policy organization whose headquarters are in Brussels.

The mistreatment of Tigrayans in Ethiopia is now worrying their families who live abroad.

Mahlet Gebremedhin, 26, who lives in Baltimore, said that a cousin who owns a mattress company in Addis Ababa was arrested on Nov. 19 and has not been heard from since. The authorities told another family member that his company accounts are being investigated to see whether he is aiding the Tigray People’s Liberation Front.

The conflict is also affecting ethnic Tigrayans who want to leave Ethiopia. Civil aviation authorities have started asking Ethiopian passengers leaving the country to show not just their passports, but their identity cards, which state their ethnic affiliation — according to a letter from the Ethiopian Human Rights Commission seen by The Times.

Daniel Bekele, who leads the Ethiopian Human Rights Commission, said in an interview that the commission was “alarmed by the rising number of complaints from people who have been stopped from traveling, including on work missions, for medical treatment or studies.”

After raising the issue with the government, Mr. Bekele said the authorities had stopped checking travelers’ ethnic identities — even as other Tigrayans have continued to report otherwise.

Even the C.E.O. of the national carrier, Ethiopian Airlines, who is an ethnic Tigrayan, was barred from leaving the country earlier this month, according to a pilot at the airline and a foreign diplomat who spoke on the condition of anonymity because of the sensitivity of the matter. The pilot said that the C.E.O., Tewolde GebreMariam, was prevented from boarding a flight to Paris on Nov. 8 because of his strong links to senior members of the T.P.L.F. Mr. Tewolde himself could not be reached for comment.

Henok Sirak, a spokesman for the airline, declined to comment.

There are also reports that Tigrayans are being purged from Ethiopia’s armed forces.

Yared, who also gave only his first name for fear of reprisals, said his father, a communications operator in the federal army, had traveled north to the border with Tigray with his unit on Nov. 2. But on Nov. 9, he texted that his phone was being confiscated and that he was being imprisoned. He has not heard from his father since.

Mr. Lisanewerk, the theologian, said his recent experience had dampened his faith in his own country. He said that his father had fought for his country against the military regime that was toppled in 1991, but that today, his own countrymen are treating his people as a foreign entity.