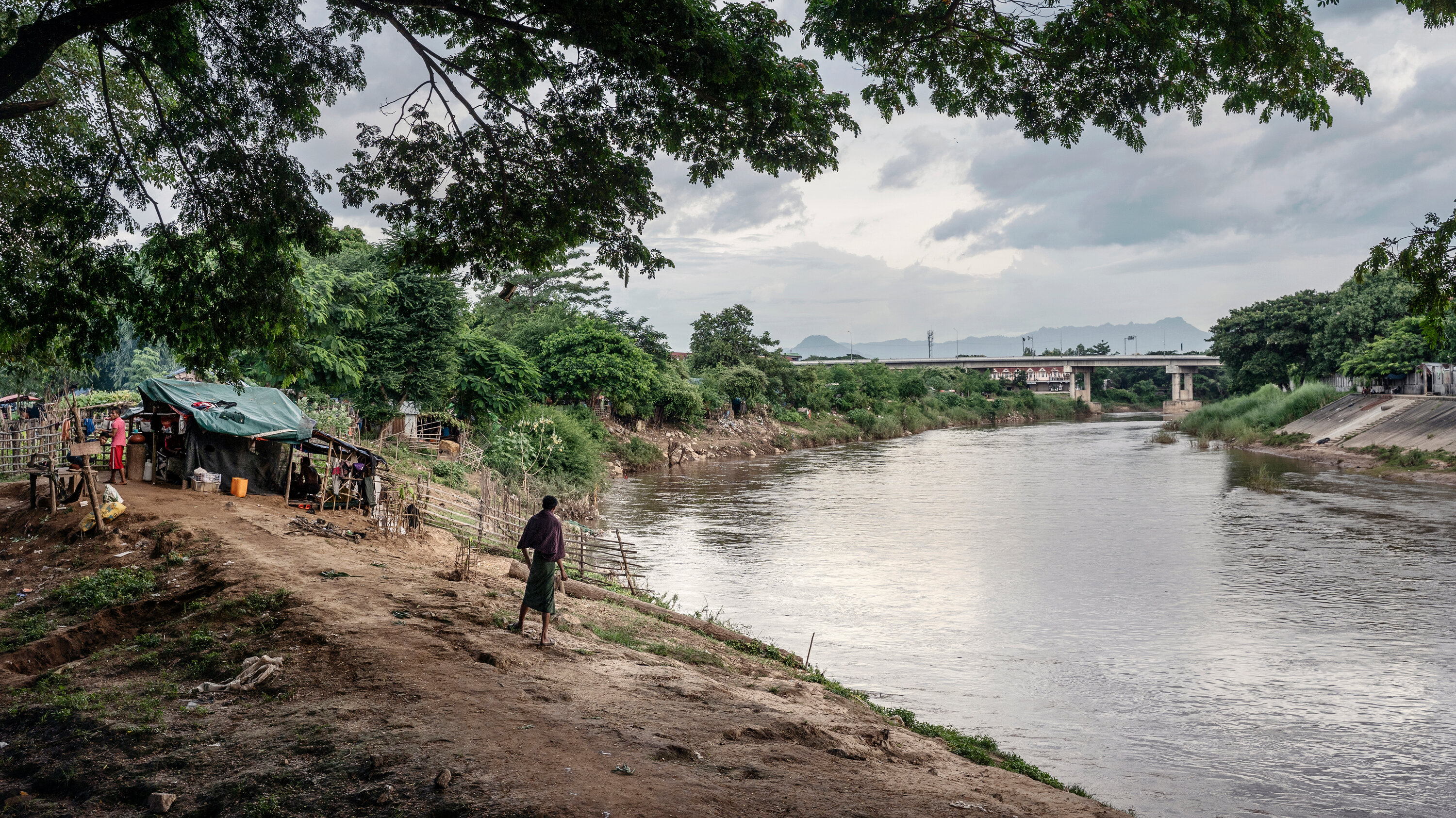 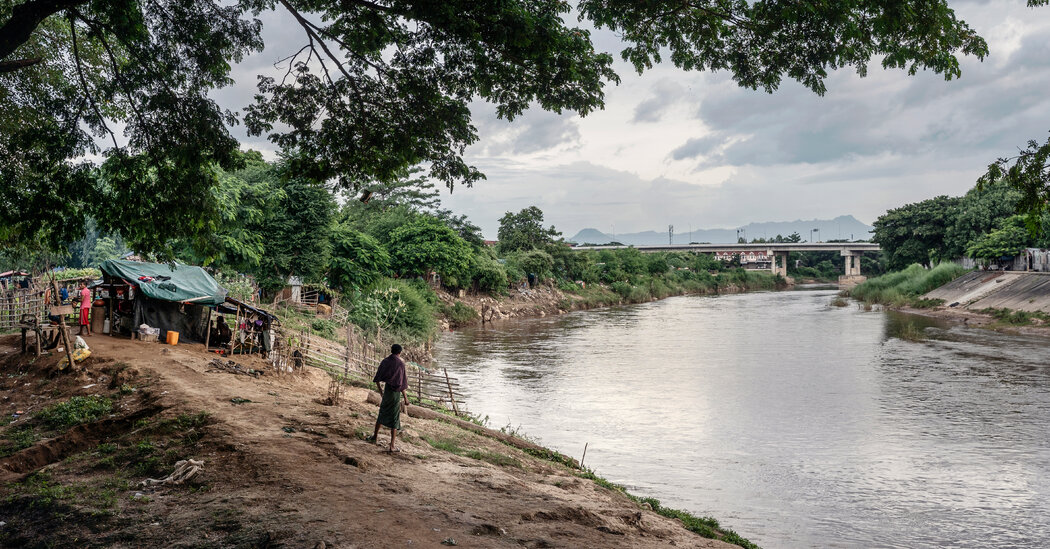 MAE SOT, Thailand — The border between Thailand and Myanmar is more than 1,500 miles long, much of it thickly forested. Myanmar has suffered runaway transmission of the coronavirus. Thailand, so far, has not.

But over the past couple of weeks, at least 19 Covid-19 cases in Thailand have been linked to migrant workers who slipped between the two countries undetected. The infections have spooked Thai officials, who have managed one of the world’s most successful coronavirus containment strategies.

The health authorities in Thailand are now racing to trace the contacts of hundreds of people who may have been exposed to the virus. And the events have cast a spotlight on how regions like Southeast Asia that depend on porous borders are fighting to keep the virus out while allowing economic activity to continue.

From Mexican farm workers in California to Ethiopian construction workers in the Persian Gulf and Zimbabwean domestic workers in South Africa, essential labor is often carried out by undocumented people who slip across borders for work. Yet several countries are now using the illicit flow of migrant labor to accuse their neighbors of virus outbreaks.

In Southeast Asia alone, Myanmar has blamed people from Bangladesh, and Thailand has blamed Myanmar. Vietnam has pointed fingers at China. And China says its southwestern flank is suffering because of movement from Southeast Asia.

The winding frontier between Myanmar and Thailand — separating one country that has managed the virus from one that has not — is putting the crisis in stark relief.

“The border is very long,” said Col. Chatri Sanguantham, whose soldiers patrol the mountainous northern Thai region, near the town of Tachileik, Myanmar. “They will do anything, take any measure, to get what they want, including entering the country illegally,” he said of migrant workers from Myanmar.

Compared with other countries, the total caseload in Thailand — a shade over 4,000 infections — seems absurdly low. But over the past few days, Thailand said it had fortified parts of its border, increased military patrols and uncoiled barbed wire at popular illegal crossing points to try and stop the recent spread of infections.

The police have arrested those suspected of being people-smugglers, who are paid as little as $15 to help migrants cross the border illegally.

Undocumented workers, who often labor in crowded conditions, are of particular concern to the authorities because their uncertain legal status also makes them less likely to admit when they are sick, increasing the odds that the virus could spread undetected.

“Because these people came in illegally, they will lay low, work in hiding,” said Suthasinee Kaewleklai, a coordinator for the Migrant Workers Rights Network in Thailand. “If they get sick, they will never go to the doctor or hospital to get themselves checked.”

The dangers of overlooking foreign laborers, even those who are registered with the government, was made clear in Singapore, where the virus spread fast in crowded dormitories for migrants. While meticulous contact tracing suppressed outbreaks in other communities, the laborers were not monitored as closely, making them more vulnerable, rights groups said.

In Malaysia, thousands of foreign factory workers tested positive for the coronavirus at Top Glove, the world’s largest disposable glove maker, which went into overdrive to supply personal protective equipment. Malaysian authorities are now pursuing legal action against the company for keeping its workers in cramped conditions in which Covid proliferated.

And in Saudi Arabia, the virus spread unchecked in filthy migrant detention centers filled with workers from Asia and Africa, who were often abused and deprived of wages. When migrants were eventually deported to their home countries, some took the coronavirus with them.

Vigilance against the virus has been heightened in the Thai border town of Mae Sot, which sits directly across the Moei River from Myawaddy, Myanmar. Soldiers wearing camouflage and face masks patrol the riverbank. Before the pandemic, hundreds of thousands of people used to cross the river every year to work, study and play in Thailand, where roughly five million migrants normally find work, only about half of them legally.

At the narrowest point of the river, children could toss a ball between the two countries. In the dry season, migrants wade across the Moei, and in the rainy season they hop on skiffs.

Thailand began tightening the Mae Sot border in the spring, suspending traffic over the Friendship Bridge to Myawaddy. Restrictions eased a bit over the summer, then tightened again in August when the number of cases in Myanmar grew quickly.

But for all the talk of a fortified frontier, undetected cross-border movement continues, including people who want to avoid Thailand’s mandatory two-week quarantine. Thais still skip over to Myanmar, where casinos and clubs operate in a less-regulated environment, for a few hours of fun. Boats evade border posts to openly transport goods back and forth.

Despite this movement, Thailand has not reported sustained local transmission since May. Hospitals are currently treating about 180 Covid cases, according to health officials, and almost all of them are among people who returned from abroad and tested positive in state-mandated quarantine.

In September, Ma Win Win Maw, who worked as a cleaner at a construction site in Mae Sot, sneaked back to Myanmar hidden in the back of a truck carrying food. She said she went straight from the truck to a car that took her to her village, where she was put in quarantine by local officials.

While in quarantine, Ms. Win Win Maw tested positive for the coronavirus. The two drivers who took her home tested negative, as did residents of her village, leading to suspicions that she contracted the virus in Thailand.

“I’m sure there are many positive cases in Thailand that are undetected,” said Dr. Brang Aung, the head of Hpa-An Hospital in Myanmar, not far from the Thai border. In September, his hospital treated four cases of the virus that he believes originated in Thailand.

The 17 people who crossed illegally from Myanmar to Thailand and tested positive in recent days are all Thai and are connected to a hotel entertainment complex in Tachileik. Almost all are women. They slipped across the border on multiple days in late November and dispersed to at least five locations across Thailand. The health authorities have since closed schools, used contact tracing and disinfected airports.

As Thais, the women would have had little fear going to hospitals where health care for citizens is subsidized and high quality. But for the many undocumented migrants in the country, medical clinics can be unaffordable and risky. Labor groups say that they know of multiple cases of workers returning to Myanmar from Thailand with the virus, leading to fears that it may be quietly circulating in Thai factories and construction sites, despite the low national numbers.

Dr. Sopon Iamsirithaworn, director of the communicable diseases division at the Thai Ministry of Health, acknowledged that the country had “very low local transmission.”

At least two cases of local transmission in recent days have been connected to the women from the hotel in Myanmar.

In Mae Sot, Thais have started to organize neighborhood watches and set up nighttime roadblocks to prevent outsiders from coming in. But in a border town situated directly across the river from a place in Myanmar where at least 1,200 people have had Covid, keeping out disease is all but impossible.

In October, two truck drivers ferrying goods from Myanmar to Thailand tested positive at a Thai hospital. They spread the virus to their family members in Myanmar and to Myanmar nationals living in Thailand.

By November, that cluster in Thailand was successfully contained. But late last month, a pair of Thai women who had crossed over the border illegally from Myanmar tested positive in Mae Sot.

“This area depends on trade, on migrants,” said Col. Krit Kityathiwat, the deputy commander of the 4th Infantry Regiment that patrols the Mae Sot area border. “We don’t want to be known as the place where Covid is coming to Thailand.”