A Polarizing Documentary Spurs Debate Over a Violent Time in... 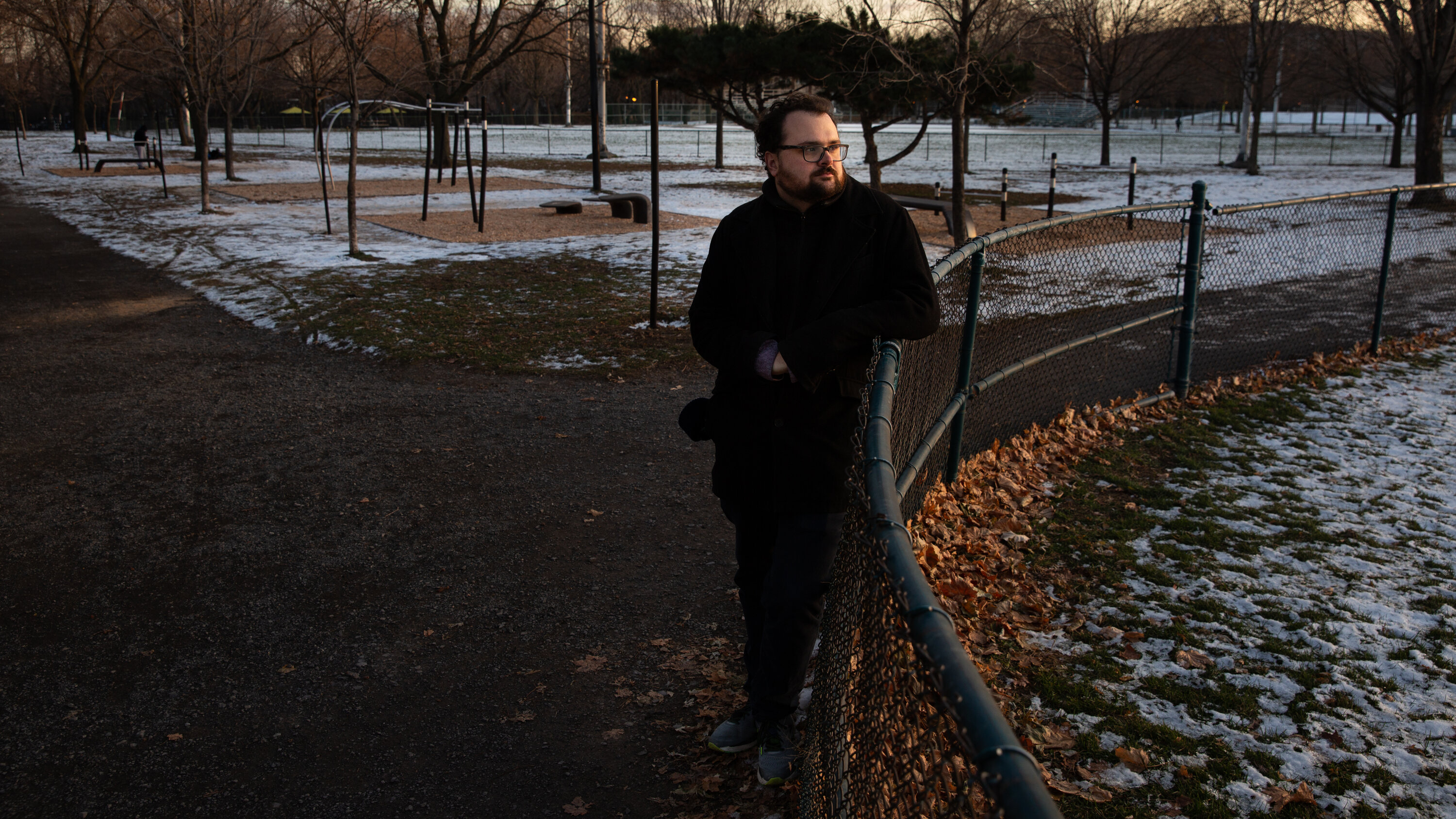 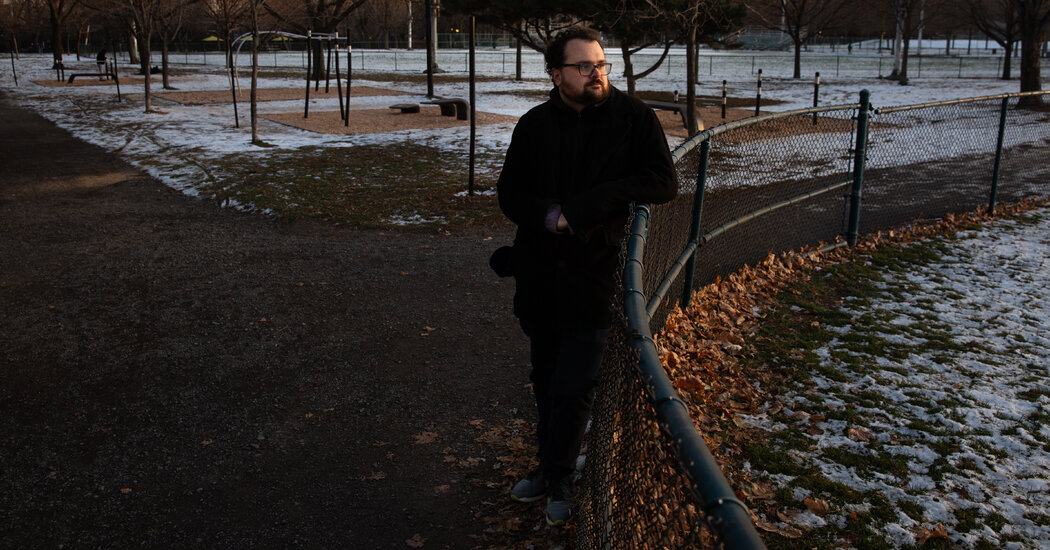 MONTREAL— Félix Rose was 7 years old when he realized that the gentle father he idolized had a secret past. “Your daddy killed someone,” his cousin told him during a family celebration, he recalled recently.

His father, Paul Rose had been a leader of a violent extremist group, the Front de Libération du Québec, or F.L.Q., that agitated for Quebec’s independence from Anglophone-dominated Canada. The elder Mr. Rose was convicted in 1971 of the group’s most notorious crime: the kidnapping and murder in October 1970 of a Quebec cabinet minister, Pierre Laporte. It was the first political assassination in Canada in more than a century.

Now, half a century later, the younger Mr. Rose, 33, has produced a documentary film about his family, “Les Rose,” that has been a surprise hit and sensation in Quebec, underlining how sensitive the events of that time remain, even decades later.

In making the film, Mr. Rose said, he was trying to understand what drove his father and uncle to violence. But some critics accused Mr. Rose of hagiography and historical revisionism, turning murderers into heroes.

“Every son wants to see their father as a hero, but ‘Les Rose’ is a whitewashing of history,” said Marc Cassivi, cultural commentator for La Presse, Canada’s leading French-language newspaper. “My fear is that young people will accept it as historic truth.”

From 1963 to 1970, the F.L.Q. unleashed more than 200 bombs and robberies, most of them in Montreal, including a bomb that tore through the Montreal Stock Exchange in 1969, injuring 27 people. At least nine people died in the group’s attacks, among them a 64-year-old secretary and a 15-year-old militant killed by his own explosive.

Violence escalated in October 1970, a period that became known as the “October crisis.” Days before it took Mr. Laporte hostage, the F.L.Q. kidnapped James Cross, a British diplomat, who was held for two months before being released.

Prime Minister Pierre Elliott Trudeau invoked the War Measures Act — the only time in Canadian history it was applied in peacetime. Armed soldiers patrolled the streets of Montreal, and hundreds of people were arrested without charges.

Le Devoir, a leading Francophone newspaper, said the film could allow “a whole generation to rediscover a part of its history,” while others lauded its lyrical evocation of a working-class Quebec family.

The debate over the film comes at a moment of cultural reckoning stirred up by the 50th anniversary of the October crisis. There are newly published memoirs by F.L.Q. militants, books, podcasts and heated television discussions.

And, at a time when Quebec’s independence movement is in abeyance, Mr. Cassivi, the cultural commentator, said some nationalists appeared drawn by the film’s romantic portrayal of the militants, eager to revive historical grievances and give their flagging cause a “spark.”

During the film’s Quebec City premiere, Catherine Dorion, a left-leaning member of Quebec’s National Assembly, raised her fist in the air in front of a poster of the film, mimicking a defiant gesture by Paul Rose in front of a Montreal courthouse in 1971.

Yves-François Blanchet, the leader of a Quebec nationalist party in Canada’s Parliament, called on Prime Minister Justin Trudeau to apologize formally for what he said was excessive use of force during the crisis by the elder Mr. Trudeau, his father.

Félix Rose said he had not wished to reopen old wounds with this film but to understand why his father, who was a teacher, and his uncle, a mechanic, were radicalized and took up arms. His father, sentenced to life in prison, served 12 years before being paroled in 1982, and his uncle Jacques, convicted of being an accomplice to the murder of Mr. Laporte, spent seven years in prison. Paul Rose died in 2013 at 69 of a stroke.

To make the movie, the filmmaker excavated old family film footage and interviewed his uncle, his aunts and his mother.

“I didn’t set out to make a film purporting to be the only truth, but to find my truth,” he said from a park near the home where he lives with his partner and young daughter. “Being the child of someone who committed a crime is like having a phantom that haunts you and I made this film to try to exorcise those demons.”

After his release from prison, the elder Mr. Rose rebuilt his life, working as a trade unionist and marrying Félix’s mother, Andrée Bergeron, a criminology student who was doing outreach at his prison. The October crisis was not brought up at family dinners.

But as the filmmaker grew older, he said, his desire for answers ate away at him. When his father fell ill, Félix, then in his 20s, finally confronted him. He said his father told him he had been a pacifist and had turned to violence after taking to the street was no longer an option.

“My father told me that kidnapping a man was a way to be heard because he no longer had a voice,” he said.

While researching his film, Mr. Rose said he had been struck by how generations of Québécois men in his family had been traumatized by their social exclusion in Ville Jacques-Cartier, a Montreal slum, while being subjugated by English-speaking bosses at work.

In one scene, Jacques Rose explains that his Anglophone manager chastised him after he hung a sign in French warning about safety hazards at his train repair plant.

But the film also glosses over the fact that by October 1970, Francophone Quebecers had attained new rights, including better access to education, during a period known as the Quiet Revolution.

“There is no statue of Paul Rose in a square in Quebec, no street or school in his name,” said Louise Harel, a former interim leader of the Parti Québécois, a pro-independence party that led Quebec from 1976 to 1985 and passed laws protecting the French language. The film ignored that hard-won rights had been achieved through the ballot box rather than by blood, she said.

“Québécois do not support violence,” she said.

Others have criticized Félix Rose as having failed to hold his father and uncle accountable for their crimes.

The film does not adequately challenge Jacques Rose’s contention that the F.L.Q. “never wanted to kill anyone,” even though the group claimed to have executed Mr. Laporte when the government refused to meet its demands.

Nor does it directly confront Jacques Rose about his role in killing Mr. Laporte, whose body was left in a car’s trunk near Montreal’s airport.

The film posits that Mr. Laporte was seriously injured when he tried to escape. A coroner’s report showed that he was strangled.

Mr. Rose said that his father and uncle had vowed a pact of collective responsibility for the killing, and that pressing his uncle could have silenced him.

He also unequivocally condemned the killing, though he said he believes it was “an accident.” He said his father was absent during the act but accepted responsibility for it.

Geoff Turner, the host of a recent podcast about the October crisis, said the memory of those events underlined the vast chasm that remained between Quebec and the rest of the country.

“My generation grew up with an ideal of a harmonious, bilingual Canada and the October crisis gets little consideration outside of Quebec,” he said. “But in Quebec the feelings about it remain raw.”