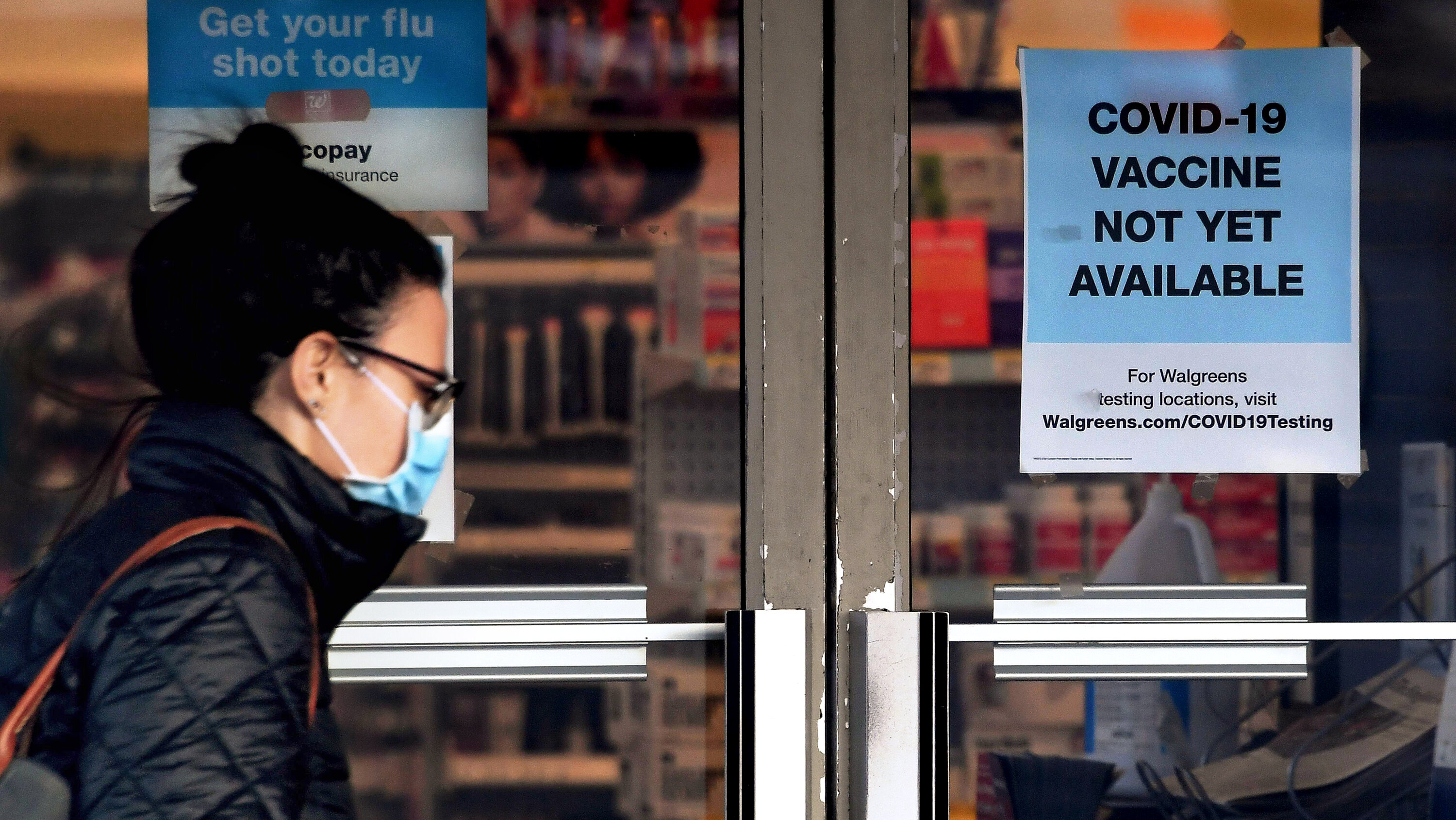 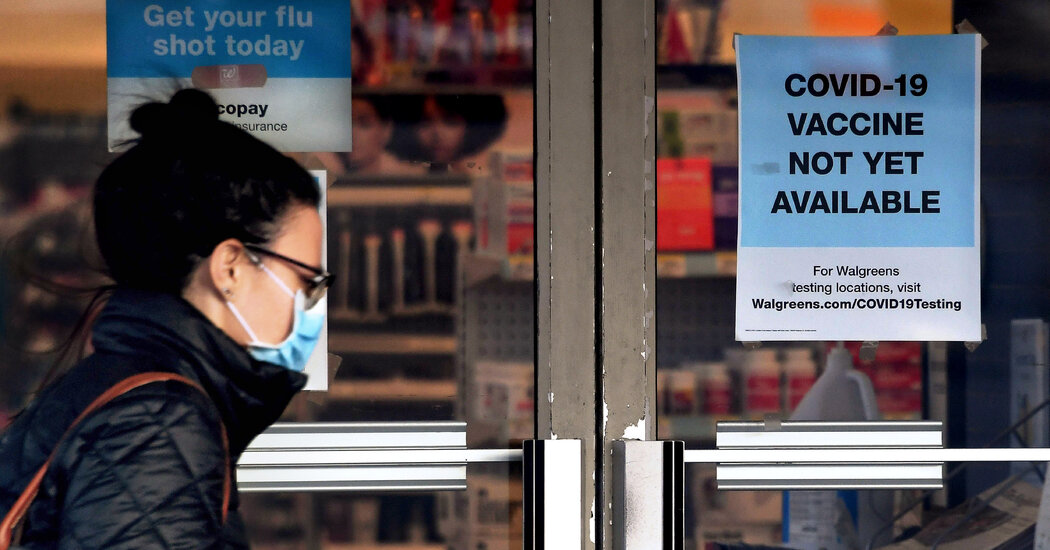 Good morning. The C.D.C. announces its suggested vaccine priorities, and we offer a timeline of when you can expect to get one.

A panel of scientific advisers yesterday released its initial guidelines for who should receive the first coronavirus vaccines — recommendations that will influence states’ policies across the country.

The obvious question on many people’s minds is: When can I expect to be vaccinated? While there is still a lot of uncertainty, it’s possible to lay out a rough expected timeline. I’ve done so below, with help from public health experts and colleagues who are covering the virus.

December: Health care workers and nursing home residents will likely be the first people to receive the vaccine, as the panel recommended.

Up to 40 million doses could be available to Americans before the end of this year, from a combination of Pfizer’s and Moderna’s vaccines. That would be enough to vaccinate the three million people who live in long-term-care facilities, as well as most of the country’s 21 million health care workers.

January: Keep in mind that both the Pfizer and Moderna vaccines require a second dose a few weeks later to be effective. So an initial batch of 40 million doses would be enough to vaccinate only 20 million people.

By early next year, Pfizer and Moderna are likely to be able to ship about 70 million doses per month, Moncef Slaoui, a top federal vaccine official, told The Washington Post yesterday. People will likely receive the shots at doctor’s offices, hospitals and pharmacies, as well as at specially created clinics in some places, my colleague Katie Thomas says.

February and March: The next priority groups are likely to be people over the age of 65 (and especially those over 75); people with medical conditions that put them at risk of death if infected; and essential workers, like those in education, food, transportation and law enforcement.

One exception to this second wave of vaccine recipients may be people who have already had the virus, making them immune from it for at least some period of time.

If other companies in addition to Pfizer and Moderna receive approval for their vaccines, the total number shipped each month could reach 150 million by March, Slaoui said.

April, May and June: The most likely scenario is that even people who don’t qualify as a priority — like healthy, nonessential workers younger than 65 — will begin receiving the vaccine by the spring. The vast majority of Americans could be vaccinated by early summer.

Once that happens, life will still not immediately return to normal, partly because the vaccines are not 100 percent effective. “There will still be risks to people,” as Caitlin Rivers, a Johns Hopkins epidemiologist, told me.

But those risks will be small compared with today’s risks. Treatments continue to improve, reducing the death rate for people who get the virus. And widespread vaccination will sharply reduce the spread, helping protect even people for whom a vaccine is ineffective. Rivers predicted that social gatherings will again be common and largely safe by the summer.

All things considered, the spring isn’t that far away, which is yet another reason for people to make extra efforts to avoid unnecessary risks — like eating inside restaurants and gathering indoors with friends — for the next few months.

What questions do you still have about the vaccines? Tell us here, and we’ll answer some of them in an upcoming newsletter.

A Morning read: A 1,020-year-old mochi shop in Kyoto, Japan, has endured wars, plagues and natural disasters, offering a lesson in resilience.

From Opinion: Farhad Manjoo has a column, and Thomas Friedman talks with Biden.

Lives Lived: In the 1990s, the conservation biologist Georgina Mace rewrote the global Red List, which describes which species are in trouble, and warned that the world must restore its ecological balance or pay a steep price. Dr. Mace has died at 67.

“Musicians are people too,” as Jon Pareles, one of The Times’s pop music critics, says, “so all the things that affected listeners — the pandemic, the protests, the election, the disappearance of concerts — clearly affected the music that appeared in 2020.”

This morning, The Times published its list of the year’s best albums, and you can see some of those big 2020 themes in it. The list includes entries that Taylor Swift and Charli XCX produced at home during quarantine. There were also intensely personal works by artists including Fiona Apple and Burna Boy, as well as albums that veered introspective and political, like Run the Jewels’ latest.

One broader trend: The distinctions between genres are breaking down. “The lines between pop, pop-punk, autotuned R&B, hip-hop — those lines that felt really real in the ’90s, ’80s and even in the 2000s — don’t make sense if you’re 20 or under,” Jon Caramanica, a pop music critic for The Times, says. “For younger artists, those kinds of boundaries and stiff rules are not really a thing.”

You can find the best albums of 2020 here, along with lists focused on jazz and classical music.

The pangrams from yesterday’s Spelling Bee were mobility and immobility. Today’s puzzle is above — or you can play online if you have a Games subscription.