Moderna Applies for Emergency F.D.A. Approval for Its Coronavirus Vaccine 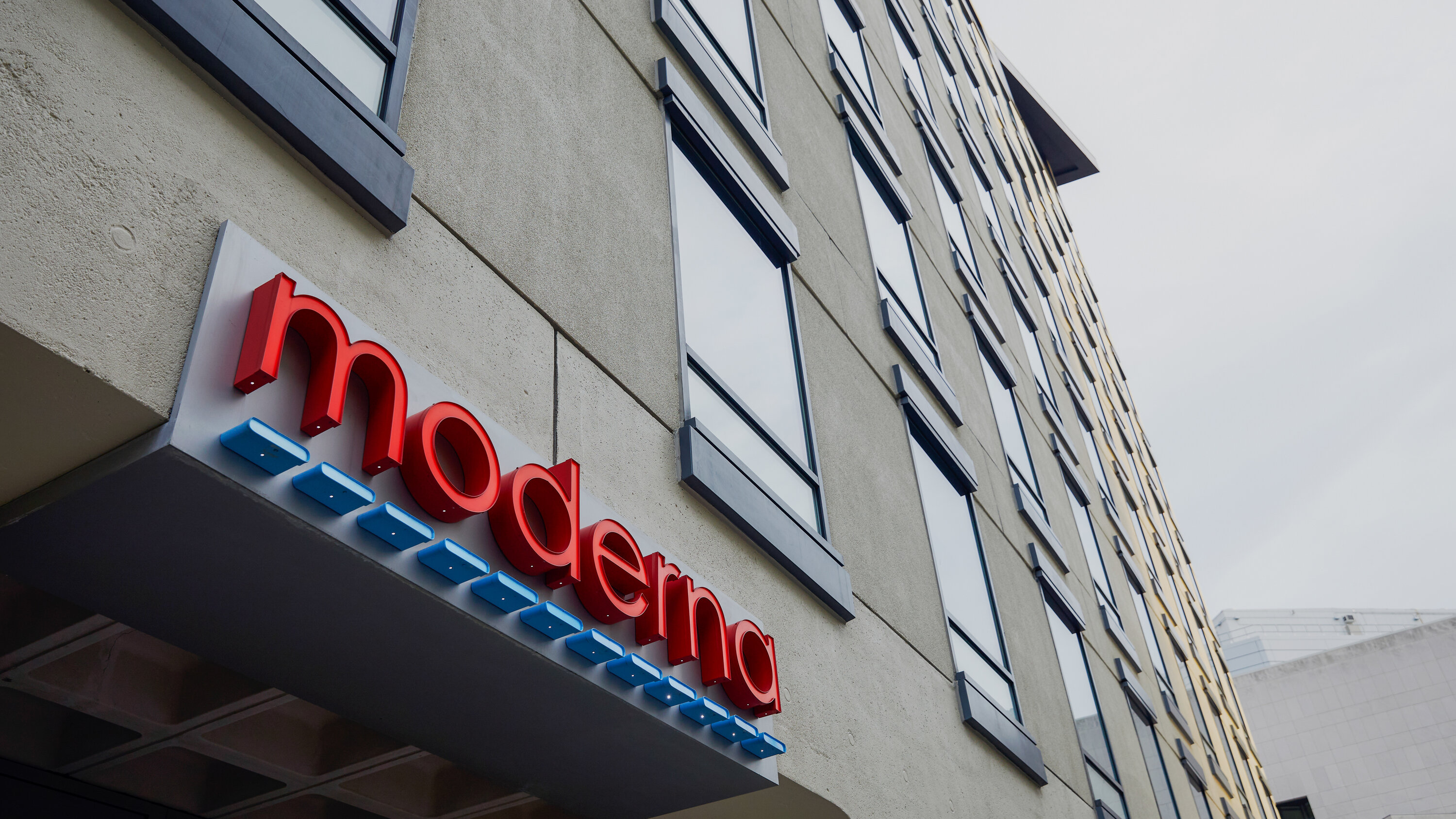 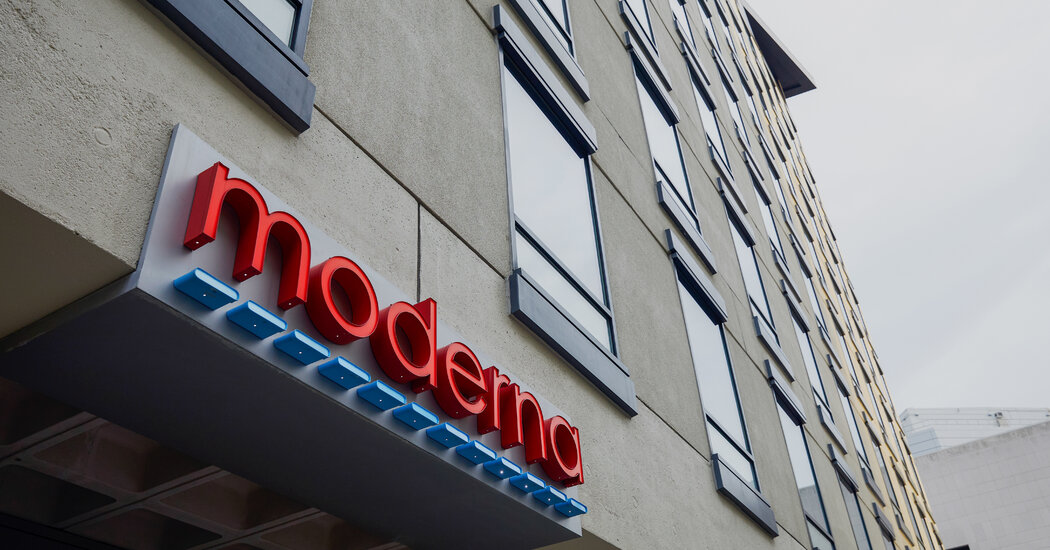 The drugmaker Moderna said it would apply on Monday to the Food and Drug Administration to authorize its coronavirus vaccine for emergency use.

The first injections may be given as early as Dec. 21 if the process goes smoothly and approval is granted, Stéphane Bancel, the company’s chief executive, said in an interview.

Moderna’s application is based on data that it also announced on Monday, showing that its vaccine is 94.1 percent effective, and that its study of 30,000 people has met the scientific criteria needed to determine whether the vaccine works. The finding from the complete set of data is in line with an analysis of earlier data released on Nov. 16 that found the vaccine to be 94.5 percent effective.

The new data also showed that the vaccine was 100 percent effective at preventing severe disease from the coronavirus. The product was developed in collaboration with government researchers from the Vaccine Research Center at the National Institute of Allergy and Infectious Diseases.

Mr. Bancel said the company was “on track” to produce 20 million doses by the end of December, and 500 million to a billion in 2021. Each person requires two doses, administered a month apart, so 20 million doses will be enough for 10 million people.

Moderna is the second vaccine maker to apply for emergency use authorization; Pfizer submitted its application on Nov. 20. Pfizer has said it can produce up to 50 million doses this year, with about half going to the United States. Its vaccine also requires two doses per person.

The first shots of the two vaccines are likely to go to certain groups, including health care workers, essential workers like police officers, people in other critical industries and employees and residents in nursing homes. On Tuesday, a panel of advisers to the Centers for Disease Control and Prevention will meet to determine how to allocate initial supplies of vaccine.

The hopeful news arrives at a particularly grim moment in the U.S. health crisis. Coronavirus cases have surged and overwhelmed hospitals in some regions, and health officials have warned that the numbers may grow even worse in the coming weeks because of Thanksgiving travel and gatherings. In November alone, there have been more than four million new cases and 25,500 deaths in the United States.

Over all, about 13.3 million Americans have contracted the virus, and more than 265,900 have died. Worldwide, there have been nearly 62 million cases and almost 1.5 million deaths.

More than 70 coronavirus vaccines are being developed around the world, including 11 that, like Pfizer’s and Moderna’s vaccines, are in large-scale trials to gauge effectiveness.

Moderna’s application for emergency use authorization will include data from its Phase 3 study of 30,000 people. The application, several hundred pages long, will also include several thousand pages of additional data.

F.D.A. scientists will examine the information, and the application is likely to undergo a final review on Dec. 17 by a panel of expert advisers to the agency, Mr. Bancel said, adding that he expected the advisers to make a decision within 24 to 72 hours. The F.D.A. usually follows the recommendations of its advisory panels.

Officials at Operation Warp Speed, the government’s program to accelerate vaccine development, have said vaccinations could begin within 24 hours after the F.D.A. grants authorization.

Mr. Bancel said that Moderna had not yet begun shipping vaccines across the country, and would not do so until the emergency authorization is granted.

The government has arranged to buy vaccines from both Moderna and Pfizer and to provide it to the public free of charge. Moderna has received a commitment of $955 million from the U.S. government’s Biomedical Advanced Research and Development Authority for research and development of its vaccine, and the United States has committed up to $1.525 billion to buy 100 million doses.

Confused by the all technical terms used to describe how vaccines work and are investigated? Let us help:

Both Moderna’s and Pfizer’s vaccines use a synthetic form of genetic material from the coronavirus called messenger RNA, or mRNA, to program a person’s cells to make many copies of a part of the virus. That viral fragment sets off alarms in the immune system and trains it to recognize and attack if the real virus tries to invade.

No mRNA vaccine has reached the market before, and the candidates from Pfizer and Moderna have faced considerable skepticism from scientists and a wary public.

But the strong results from both vaccines have begun to quash the doubts.

So far, neither vaccine has had serious side effects, but many recipients have had headaches, mild fevers, fatigue, joint and muscle aches and sore arms for a day or two.

Of the 30,000 people in the Moderna study, half were vaccinated and half received placebo shots of salt water; neither the participants nor their doctors knew who got what. Then, researchers monitored the participants to see who contracted the coronavirus, and watched for side effects.

To determine statistically whether the vaccine was effective, a total of 151 cases of Covid-19 were needed.

Because the coronavirus has been surging in the United States, Moderna wound up with 196 cases — 185 in the placebo group, and 11 in the vaccinated group, meaning that the vaccine was 94.1 percent effective at preventing Covid-19.

Thirty participants had severe cases, all in the placebo group. One died.

Mr. Bancel said he considered the statistics about prevention of severe disease the most important data from the study.

“This is why I think this vaccine is going to be a game-changer,” he said. The vaccine will reduce hospitalizations and deaths, he added, “and I hope get this country back to its pre-pandemic state.”

Moderna said it was also seeking authorization to market its vaccine in Europe, Canada, Britain, Israel and Singapore.