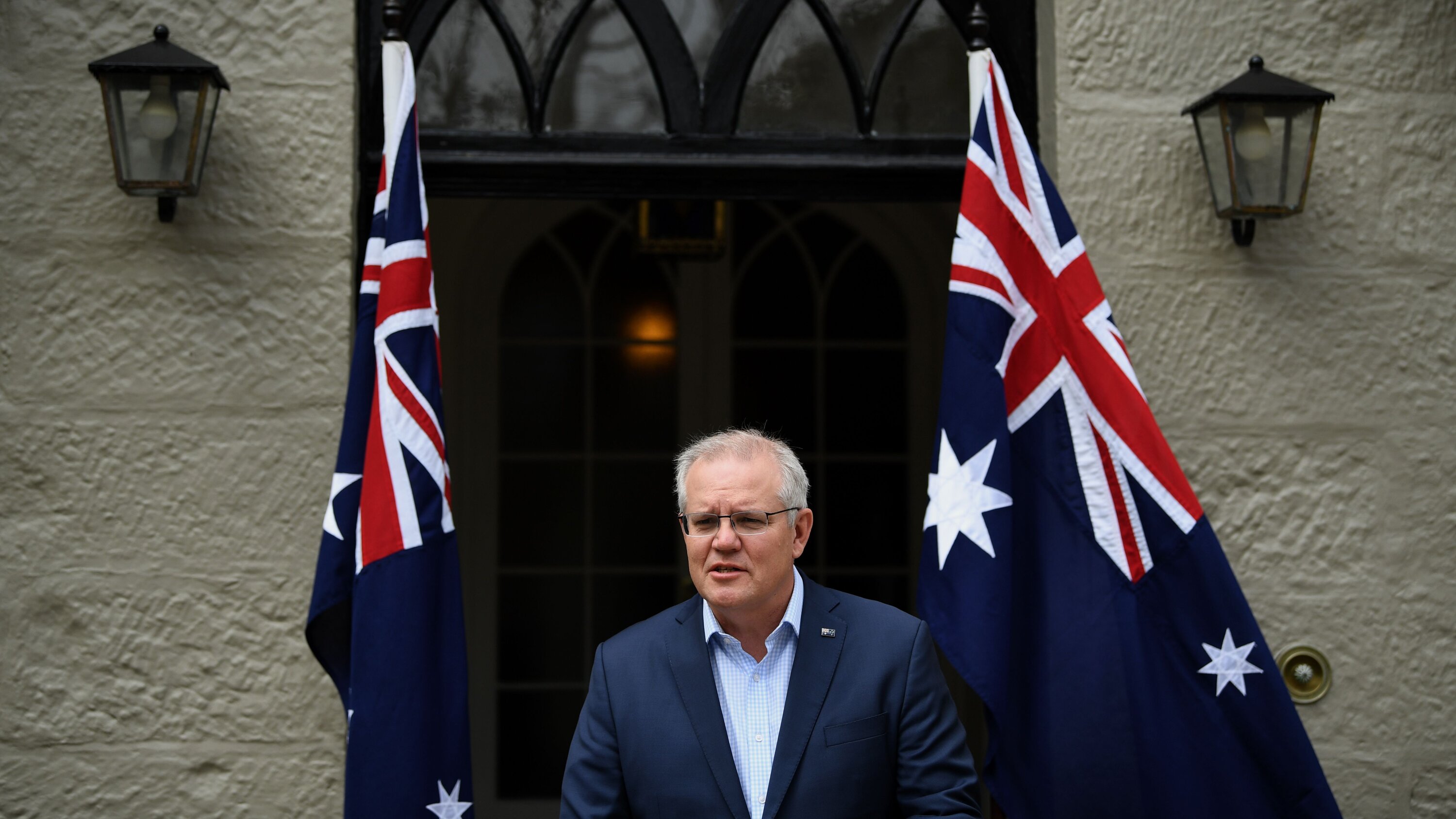 MELBOURNE, Australia — Labeling it a “disgusting slur,” Prime Minister Scott Morrison of Australia denounced on Monday what he called a fabricated image posted to Twitter by a Chinese official that showed an Australian soldier with a knife to the throat of an Afghan child.

The post, by Zhao Lijian, a firebrand spokesman for the Chinese Ministry of Foreign Affairs, followed a damning investigation by the Australian military that found that its troops had unlawfully killed more than three dozen Afghan civilians and prisoners over an 11-year period.

Mr. Zhao’s provocation raised hostilities between the two nations to a new boil. China, fueled by a long list of grievances against Australia, which has taken a leading role in an inquiry into the origins of the pandemic, has retaliated by firing off intensifying threats and stifling its vast imports of Australian products.

Mr. Morrison told journalists, “There are undoubtedly tensions that exist between China and Australia. But this is not how you deal with them,” adding that his country had demanded an apology. “The Chinese government should be totally ashamed of this post,” he said. “It diminishes them in the world’s eyes.”

The image, which depicts a soldier holding a bloody knife to the throat of a hooded child clutching a lamb, was apparently first posted on Nov. 23 by a user of the Chinese social media platform Weibo. The picture, with the caption “peaceful troops” and an emoticon of a skeptical face, received 20,000 likes.

Mr. Zhao, in his Twitter post, which included the image, wrote that the Chinese government was “shocked by murder of Afghan civilians & prisoners by Australian soldiers. We strongly condemn such acts, &call for holding them accountable.”

His tweet came from a familiar playbook. China, which has long bristled at examination of its own human rights record in places such as Tibet and the western region of Xinjiang, often tries to deflect such criticism by focusing on abuses abroad.

Human Rights Watch, in an annual report, said this year that China was remarkable for the effort it had made in attacking critics.

“No other government flexes its political muscles with such vigor and determination to undermine the international human rights standards and institutions that could hold it to account,” Kenneth Roth, the organization’s executive director, wrote in early 2020.

Late last week, Mr. Zhao offered a hint about his motivation for lashing out at Australia when asked by a Chinese reporter about the killings in Afghanistan.

“The facts revealed by this report fully exposed the hypocrisy of the ‘human rights’ and ‘freedom’ these Western countries are always chanting,” he said, urging nations like Australia to “stop using human rights as a pretext to engage in political manipulation.”

Many in Australia see hypocrisy in such statements. Australia’s searing public accounting of its forces’ wrongdoing was rare among the world’s military powers. China, on the other hand, has long stopped inquiries into the crackdown on the Tiananmen protest movement in 1989, when hundreds, possibly thousands, of demonstrators were killed by Chinese troops in Beijing.

The Chinese authorities also block efforts to document the suppression and mass detention of predominately Muslim minority groups in Xinjiang, with journalists visiting the region facing extensive harassment and surveillance.

China has reacted particularly sharply to cartoons and other images that distort national symbols such as its flag, though the image in Mr. Zhao’s tweet shows the Australian flag being used to restrain the child.

The Chinese Consulate in the Australian city of Sydney complained in April about a cartoon in The Daily Telegraph, a tabloid newspaper, that depicted China’s national emblem as the coronavirus, saying that it “gravely hurt the feelings of the Chinese people.”

Mr. Zhao is representative of a group of “Wolf Warrior” Chinese diplomats who in recent years have grown much more vocal in taking on China’s critics online.

In a series of tweets in March, Mr. Zhao pushed an unfounded theory suggesting that the coronavirus, which first surfaced in the Chinese city of Wuhan, had been introduced by the American military.

“It was a deranged move by the standards of modern diplomacy,” said James Laurenceson, the director of the Australia-China Relations Institute at the University of Technology Sydney.

Australia’s tensions with China date back years, when it began to push back on what it said was meddling by Beijing in its government, universities and other institutions.

Australia has passed tough laws to deter foreign interference, restricted foreign investment in the country, and beefed up its defenses against cyberattacks. It rarely names China as the target of its actions, but the implication is clear.

This month, Chinese officials responded by leaking a document to the news media in Australia that accused the country of “poisoning bilateral relations.” It listed a set of grievances that included Australia’s decision to fund what it called “anti-China” research, as well as to ban the technology company Huawei.

Asked on Monday about Mr. Zhao’s tweet during the Chinese Foreign Ministry’s regular news conference, a spokeswoman, Hua Chunying, portrayed the Australian response as indifferent to the killings in Afghanistan.

“The Australian side is reacting so strongly to my colleague’s tweet. Does this mean they think the cruel killing of Afghan lives is justified?” Ms. Hua said.

Mr. Morrison, speaking to reporters in Australia, rejected any such suggestion. “Today is not a day for Australia in any way to feel wrongly about how we conduct ourselves,” he said. “Even with this difficult information to deal with, we are dealing with it in the right way.”

In his remarks, he appeared exasperated with what he seemed to describe as an almost juvenile approach to foreign policy by China.

Mr. Morrison said Australia had sought “to address the tensions that exist in our relationship in a mature way, in a responsible way,” including on “points that Australia feels strongly about, in terms of our own sovereignty.”

He hoped, he said, “that we can sit down and start talking sensibly about these issues.”