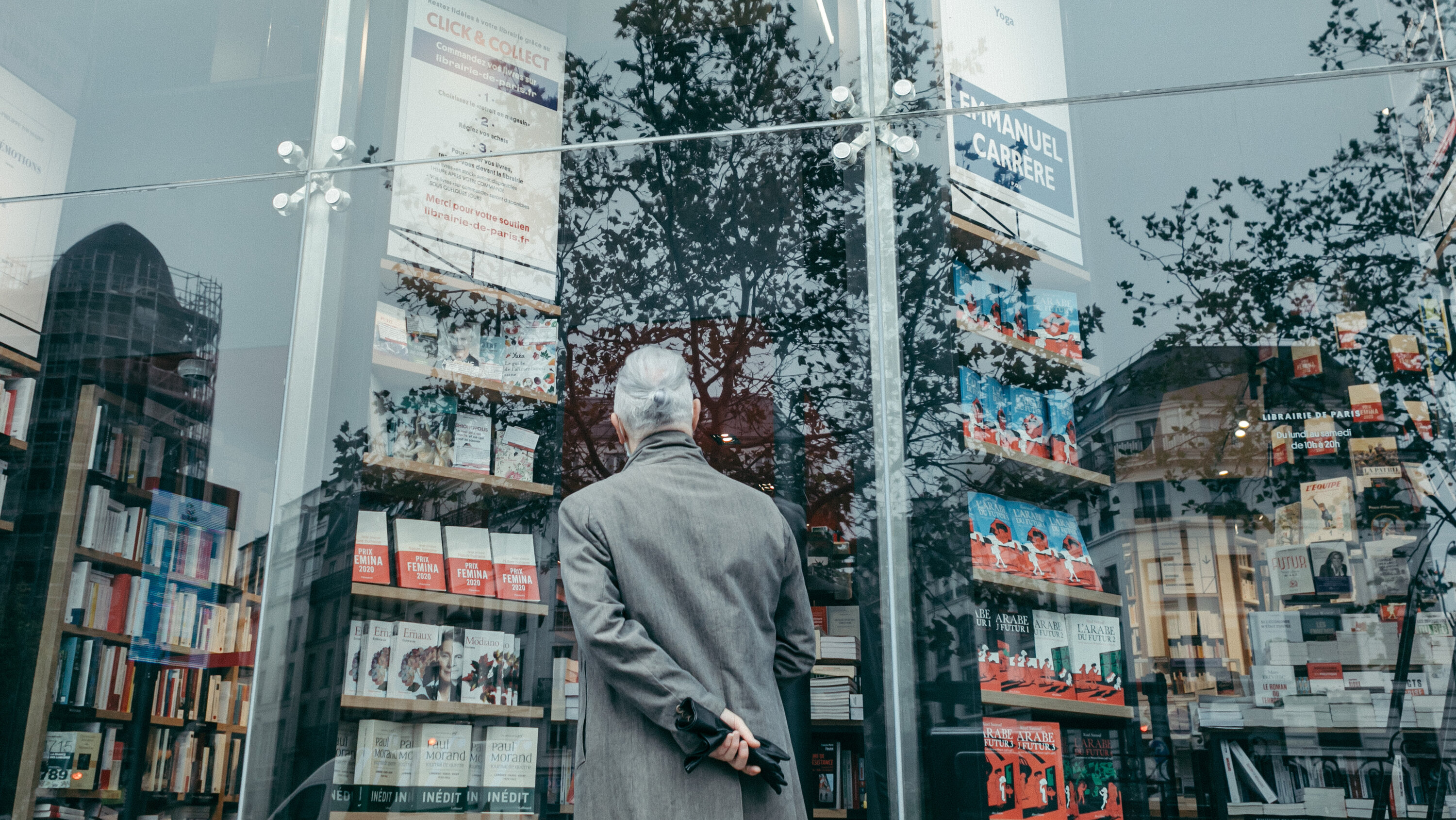 PARIS — One of France’s most prestigious literary awards, the Renaudot can change a writer’s career overnight. Prizewinners jump onto best-seller lists. Publishers earn bragging rights in a nation that places literature at the heart of its sense of grandeur and global standing.

A striking example is now a notorious one: Gabriel Matzneff, the writer whose career was revived with the award in 2013 before collapsing this year when a woman published a bombshell account of their sexual relationship when she was underage. He now faces a police investigation in a national scandal that has exposed how clubby Parisian elites long protected, celebrated and enabled his pedophilia.

Mr. Matzneff’s win was engineered by an elite fully aware of his pedophilia, which he had brazenly defended for decades. His powerful editor and friends sat on the jury. “We thought he was broke, he was sick, this will cheer him up,” said Frédéric Beigbeder, a confidant of Mr. Matzneff and a Renaudot juror since 2011.

Proof of that is the Renaudot — all but one of the same jurors who honored Mr. Matzneff are expected to crown this year’s winners on Monday.

That the Renaudot, France’s second biggest literary prize, could wave away the Matzneff scandal underscores the self-perpetuating and impenetrable nature of many of France’s elite institutions.

In France’s literary prize system, jurors serve usually for life and themselves select new members. In a process rife with conflicts of interest that is rarely scrutinized, judges often select winners among friends, champion the work of a colleague and press on behalf of a romantic partner.

The process would never be tolerated in contests like Britain’s Booker Prize or the American Pulitzer, where juries change every year and judges recuse themselves over potential conflicts of interest.

Mr. Beigbeder derided suggestions of change as representing an American-influenced desire for “purity” and “perfection.” But the reality is that calls for an overhaul have mounted even from inside France.

Early this year, immediately after the Matzneff scandal broke, articles in French news outlets and comments on social media zeroed in on the Renaudot as an embodiment of the weaknesses of France’s literary world.

Jérôme Garcin, a judge since 2011, left the Renaudot jury in March — itself a rare upheaval. He urged fellow jurors to address the prize’s “flaws” by, for instance, replacing him with a woman. Only one of the jury’s 10 members was female.

In a recent interview, Mr. Garcin said he had hoped to spur a “resignation by the whole jury which would be rebuilt on a new foundation.”

“I told myself that, at least in our jury, it would give rise to a growing awareness, some debates, a calling into question,” Mr. Garcin said. “And then nothing happened.”

Six out of the nine current judges who agreed to be interviewed by The New York Times said they were looking to recruit another female juror. But no one described plans for larger changes. The Matzneff scandal had not fueled internal discussion, they said. A few were categorical.

The sentiment does not surprise observers of France’s literary scene or its political life.

“This is a country that finds it extremely difficult to accept actual change in its institutions,” said Françoise Nyssen, the head of a publisher, Actes Sud, who was France’s minister of culture in 2017 and 2018. “People shield themselves against change.”

Perhaps no one embodies the Renaudot’s conflicts of interest more than its second-longest serving juror, Christian Giudicelli, 78, a longtime friend and editor of Mr. Matzneff.

Over the years, he has lobbied for work by friends or from Gallimard, France’s most storied publishing house, where he is an editor. It also publishes his poorly selling work, including a 2019 book that sold just 180 copies.

“It’s obvious that if he’s published, it’s because he’s a member of a jury — otherwise, why would Christian Giudicelli be published instead of another?” Raphaël Sorin, the former editor of Michel Houellebecq, often considered France’s greatest living novelist, said, describing Mr. Giudicelli’s writing as “mediocre.”

Antoine Gallimard, the head of the publishing company founded by his grandfather, declined interview requests.

Mr. Giudicelli declined interview requests through another juror and did not respond to calls or messages to his cellphone.

Starting in the 1960s, Mr. Giudicelli steadily carved out a successful career in Paris as a writer and radio journalist. In 1986, he was awarded the Renaudot for a novel, “Station balnéaire,” whose protagonist, a young male prostitute, is involved with an older male writer.

Mr. Matzneff himself has been explicit about support from Mr. Giudicelli. Mr. Matzneff wrote in his journals and told The Times early this year that Mr. Giudicelli backed him on the Renaudot jury for a 2006 novel published by Gallimard’s parent company, and then for a nonfiction book in 2009.

Mr. Matzneff said he had especially hoped to win in the prestigious novel category.

“I would have made a lot more money,” Mr. Matzneff said, adding that victory in 1986 had allowed Mr. Giudicelli to buy a three-room apartment in Paris.

On his third try, in 2013, Mr. Giudicelli succeeded in persuading other jurors to award his friend the essay prize.

But it wasn’t only Mr. Matzneff’s books that Mr. Giudicelli has championed.

“Sometimes Christian Giudicelli will say, this is a book I edited, but it’s good and I support it,” said Dominique Bona, the only woman on the Renaudot jury and a member of the French Academy. “He says that often.”

In 2017, Mr. Giudicelli pushed hard for “Nos années rouges,” a novel he had edited at Gallimard.

He was backed by another juror, Patrick Besson, who happened to be the romantic partner of the novel’s author, Anne-Sophie Stefanini.

“I wanted her to get the prize,” Mr. Besson, a writer now married to Ms. Stefanini, said in an interview. “I didn’t see the conflict of interest.”

An analysis by The Times showed that the Renaudot jury suffered from far more potential conflicts of interest than those of three other top prizes, the Goncourt, Femina and Médicis.

Between 2010 and 2019, on average, nearly three of the Renaudot’s 10 judges and the laureate for best novel in a given year had ties to the same publisher — triple the average for the other three juries. In three specific years, half of the jurors had books published by the same publishing company that captured the prize. Four of its nine current jurors work for publishers.

“We vote for the editor we know because, apart from any story of cronyism or pressure from editors, in general we know very well the books of our editor,” said Louis Gardel, a Renaudot juror since 1986 and a longtime editor and professional reader at Seuil, a major publisher.

Every year, a nation of voracious readers flocks to buy the prizewinners.

“I tell myself how is it possible that it keeps going like this and that especially the public completely falls for it,” said Jean-Marie Laclavetine, a leading editor at Gallimard.

Jurors at the major prizes enjoy lifetime appointments; the exception is the Goncourt, which established a mandatory retirement age of 80 in 2008. The jurors choose new members, almost always from a small circle.

In the top four prizes, there is one nonwhite juror among 38. Only three women sit on the Goncourt’s 10-member jury.

On the Médicis jury, reform was a topic too sensitive to be broached, said Marie Darrieussecq, a member since 2017. At least one juror automatically voted for books from his publisher, she said.

Jurors, writers and editors said that publishers also secured the votes of judges who were not employees through other means, including book advances or payments for a preface.

Defenders of lifetime appointments argue that the holders develop expertise.

Christine Jordis, a longtime editor and professional reader at Gallimard and a Femina judge since 1996, rejected the suggestion that her work influenced her voting — saying instead that it gave her financial independence.

She dismissed critics of lifetime appointments, saying, “These are young people who believe in egalitarianism, who think anybody can read as well as anybody else.”

Sylvie Ducas, an expert on literary juries at the University of Paris-Est Créteil, said that even partial reforms would help the Renaudot and other prizes regain credibility.

“They have to reform, so that they can be in a system that reflects more our understanding of a democratic culture,” Ms. Ducas said, adding, “A jury that doesn’t know how to reform at the moment it’s under threat, that’s a dead jury.”

Even some of the system’s beneficiaries now profess misgivings.

Mr. Matzneff’s 2013 Renaudot angered a woman, Vanessa Springora, who in the 1980s was involved with the writer when she was 14 and he was 49. Ms. Springora began writing the tell-all book, “Consent,” that triggered his downfall.

Early this year, Mr. Matzneff said he did not regret receiving the prize, even though it had proved cataclysmic — “not at all,” he said.

But in a recent exchange of emails, he sounded less sure. He didn’t want to talk about literary prizes, he wrote.