Amid Thailand’s Protests, a Feared Tool to Protect the Monarchy... 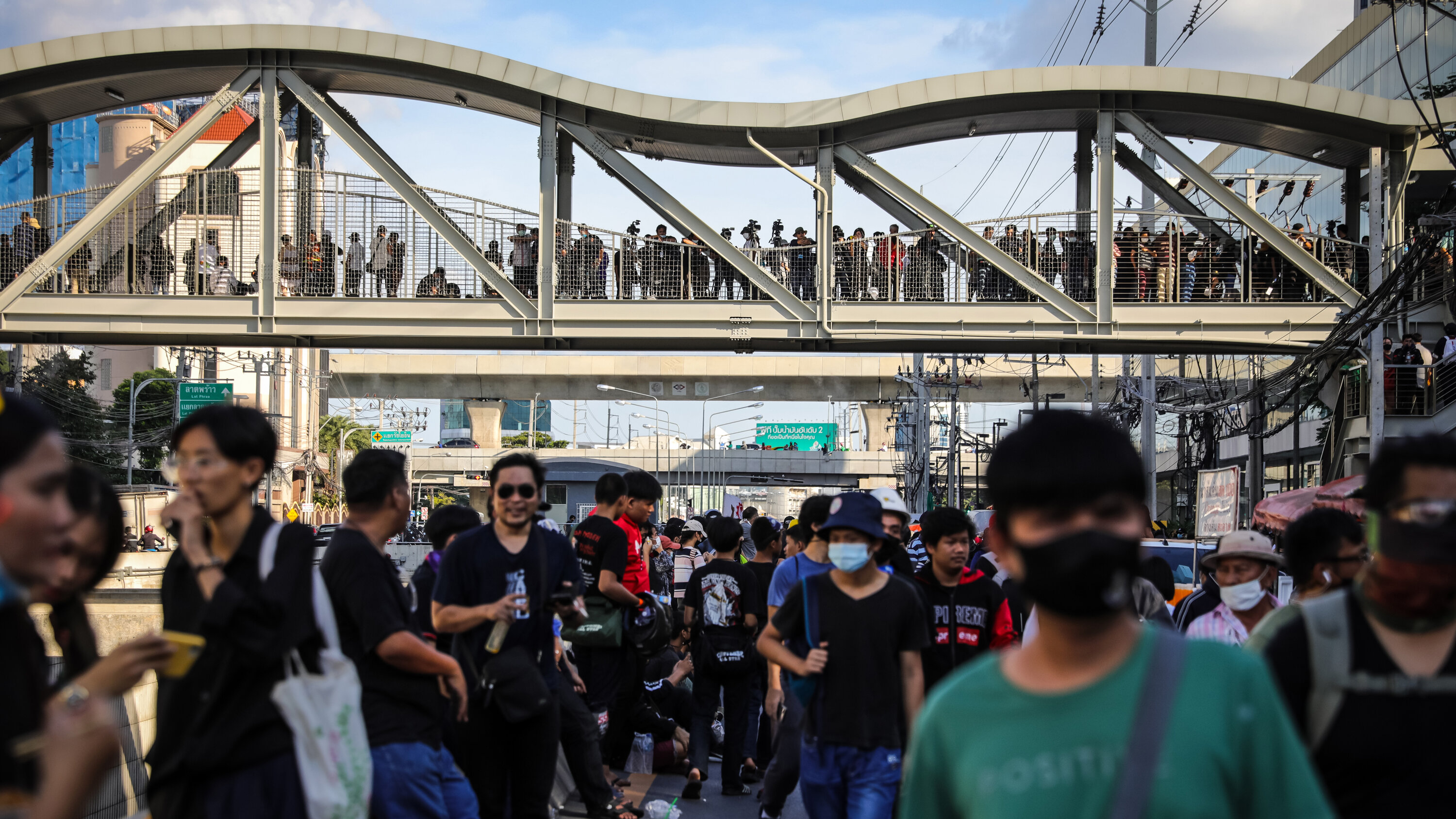 BANGKOK — The number 112 strikes fear in Thailand. It refers to Section 112 of the country’s criminal code, which makes insulting or defaming the king and his close kin an offense punishable by three to 15 years in prison.

On Tuesday night, a leader of the protest movement that is calling for changes to Thailand’s monarchy and political system received a summons to face multiple charges of lèse-majesté, as the crime is known. It was the first time that Section 112 had been applied during the protests, which have brought thousands of people onto the streets since July.

The protest leader, Parit Chiwarak, commonly known as Penguin, must report to a police station by Dec. 1 to face the charges, which stem from speeches he gave in September and this month. In those speeches, Mr. Parit and others called for the monarchy to come under the Thai Constitution and for the public to be allowed to scrutinize its considerable wealth.

Eleven other protest leaders have also received summonses for lèse-majesté charges, according to the International Federation for Human Rights, which works with human rights lawyers in Thailand. Section 112 has not been used to prosecute individuals for the past two years, according to legal scholars.

As of Wednesday afternoon, some of the leaders were unreachable, their phones having been turned off. A police spokesman refused to confirm or deny the lèse-majesté summonses.

The revival of 112 came hours before a rally in Bangkok on Wednesday to call for King Maha Vajiralongkorn Bodindradebayavarangkun to return the people’s tax money, which protesters say has been used to fund his lavish lifestyle and fill the coffers of one of the world’s richest monarchies.

It was the first protest to solely focus on overhauling the monarchy, as opposed to bundling the issue together with calls for Prime Minister Prayuth Chan-ocha, the leader of a 2014 coup, to resign.

“I am not scared,” Mr. Parit said on Tuesday night, after receiving his summons. “I am more worried about the country if they are still using this 112 in politics like this. This will cause the monarchy to deteriorate further.”

“I will still talk tomorrow,” he added, referring to the protest on Wednesday afternoon. “Everything will be the same. Nothing will change.”

In just a few months, Thailand has transformed from a country where criticism of the monarchy was only whispered to a place where protesters have spray-painted “the king is dead” on Bangkok streets.

The robust criticism, particularly from Thailand’s youth, has appalled royalists and left Mr. Prayuth, a retired general who justified the 2014 coup as necessary to protect the monarchy, contending with a rapidly shifting landscape.

“Any defamation law depends on what society thinks is OK and not OK, but in Thailand, we’ve had this oceanic change and what was lèse-majesté and defamation yesterday might not be what it is today,” said David Streckfuss, an independent scholar who has studied the application of Section 112 over the years.

“When we look back 10 years from now at the decline of the monarchy, we might say that this moment, of using 112, was a big misstep, a self-inflicted wound, which is what often happens with fading institutions,” he added.

Thailand abolished absolute monarchy in 1932, but deference to the king was institutionalized for decades, especially under King Maha Vajiralongkorn’s father, Bhumibol Adulyadej, who reigned for 70 years and was seen by the United States as a bulwark against the communist revolutions sweeping the region.

Images of both monarchs, who are envisaged as semi-divine beings, are ubiquitous across the country, from giant billboards near international airports to smaller portraits in shophouses. When politicians are given an audience with the monarch, they typically prostrate themselves and slide sideways to show their respect.

The royal anthem is played at many public events, even at movie theaters, and people were conditioned to stand in respect or face possible consequences. (That has changed in recent weeks, with far fewer people rising to greet a photo montage of the king at cinemas.)

Those who have fallen afoul of lèse-majesté accusations over the years have included Thai academics who called for reforms to the monarchy, a foreigner who defaced a portrait of the former king, and relatives of King Maha Vajiralongkorn’s third wife, who was purged in 2014. For two years after the 2014 coup, Section 112 prosecutions rose sharply.

Bhumibol — known as Rama IX, the ninth monarch in the Chakri Dynasty — died in 2016. His son has spent most of his reign living in Europe, although he returned to Thailand last month with his fourth wife, his son and a noble consort, an official title given to his mistress.

After inheriting the crown, King Maha Vajiralongkorn tightened his authority over influential military units. He also took direct control over the crown’s assets.

Even before Section 112 was invoked late on Tuesday, other laws had been used against the student-led protesters, who began with a campaign against conservative school rules and later widened their movement to include calls for an overhaul of Thailand’s leadership structure.

Mr. Parit and others have been charged with various crimes like sedition, which carries a punishment of up to seven years’ imprisonment.

Last month, several protesters were charged with the arcane crime, punishable by possible life imprisonment, of committing “an act of violence against the queen’s liberty,” after they raised their hands in defiance and shouted slogans at a passing limousine containing the queen and the heir apparent.

Lawyers in Thailand said that this section of the criminal code was so obscure that it did not appear in a database of cases that had appeared before the Supreme Court.

On Nov. 17, dozens of people were injured when the police directed water cannons and tear gas at protesters. A handful of people also suffered gunshot wounds, although the police said they had not used any bullets.

A day later, protesters converged at the national police headquarters in Bangkok, spray-painting sexual insults of the king on the walls and on the pavement. Mr. Prayuth soon warned that the authorities would be “enforcing all the pertaining laws against protesters who violate the law.”

Benjamaporn Nivas, a 16-year-old student leader, said that the specter of lèse-majesté might make her more careful in publicly criticizing the monarchy, but not because her feelings about its need to reform had shifted.

“I want to fight until the day when no one can fight anymore, then I will join the others in prison,” she said.

In June, Mr. Prayuth noted that lèse-majesté prosecutions had stopped in late 2017. “You know why?” he said. “It was because the king was kind enough to instruct that it should not be used.”

Opposition politicians called for the lèse-majesté law to be abolished. It is not clear why it is now being used again.

“A number of questions arise,” said Mr. Streckfuss, the scholar. “What authority does the king have to say that lèse-majesté shouldn’t be used? And is he now telling the government to use it? In either case, it puts the whole question of 112 in even stronger relief as a problematic law, and it won’t stop the protesters.”