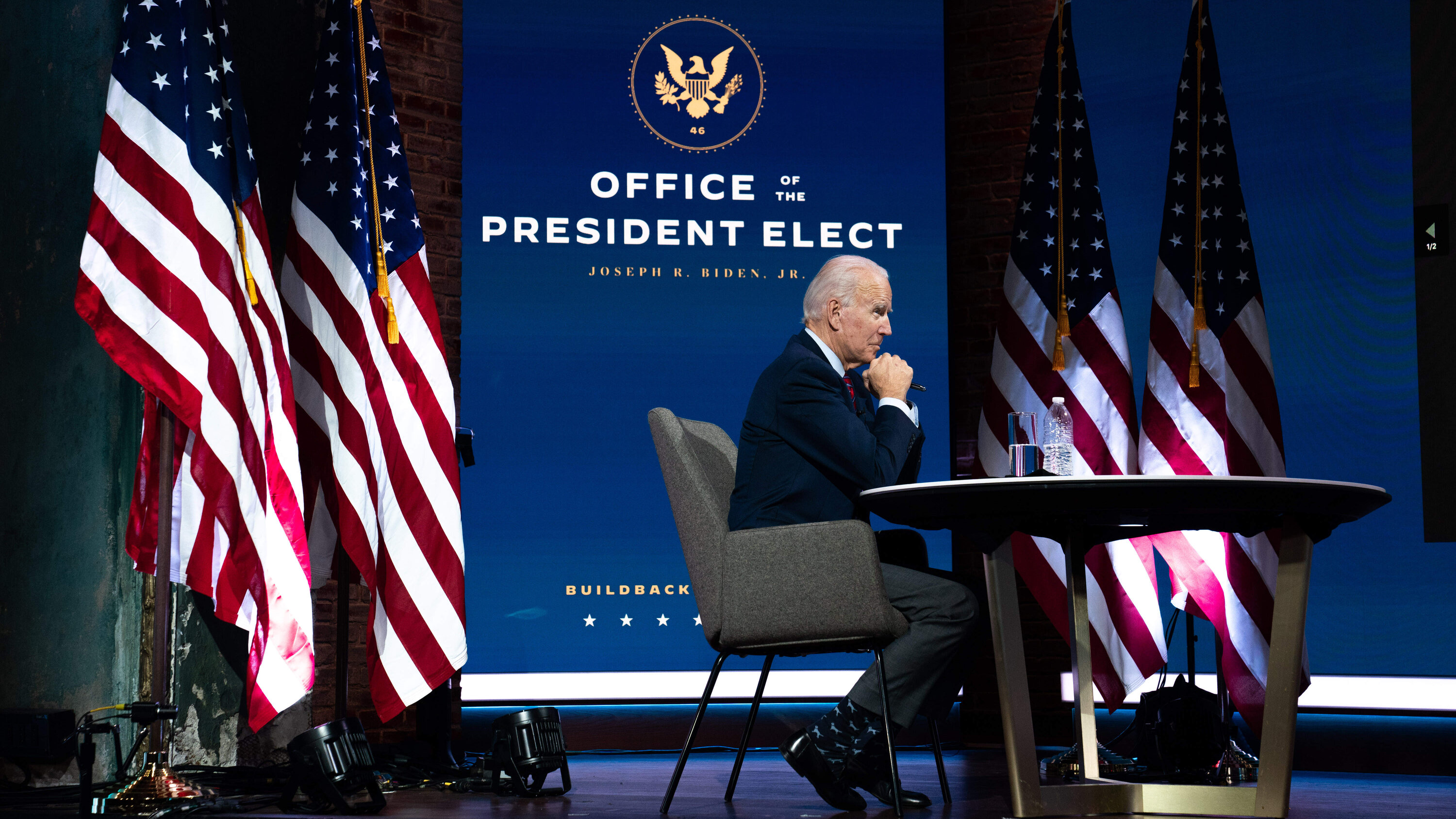 Good morning. The Trump administration has started the transition to Joe Biden’s presidency.

Many Americans have spent weeks, if not months, asking some version of this question: What if President Trump refuses to leave office?

The main answer to the question has always been the same: It’s not up to him.

As long as other parts of the government — like Congress, the courts and the military — insisted that he honor the election’s outcome, he would have to do so. He could do so quickly and cleanly, as all of his predecessors have done. Or he could make it messy, discrediting American democracy along the way. But he would eventually need to leave the White House.

Last night, he took a big step toward doing so.

On Twitter, Trump signaled that he accepted the decision, but he did not concede. He also indicated that he would continue his legal efforts to overturn the election result, but they have shown no sign of success. (Election officials in Michigan and multiple Pennsylvania counties yesterday certified their election results.) In every substantive way, the Trump presidency is now coming to an end.

All of which is a reminder of how much influence our system of government gives to people other than the president.

At times, a president can seem all-powerful, and Trump’s presidency had an especially consuming quality to it, for both his supporters and detractors. Even members of Congress, especially Republicans, liked to claim during the past four years that they were powerless to change Trump’s behavior.

But that’s not how the U.S. government really works. As Matt Glassman, a Georgetown University political scientist, has told me: “Presidents compete with numerous actors — Congress, the courts, interest groups, political appointees in the departments and agencies, and career civil servants — for influence over public policy. The president must rely on his informal ability to convince other political actors it is in their interest to go along with him, or at least not stand in his way.”

When a president fails to do so, he often ends up being powerless to act. And that’s what happened to Trump. Hundreds of local election officials refused to bend to him. Over the past few days, several congressional Republicans publicly told him that he needed to acknowledge reality. (Many other congressional Republicans were only mildly supportive of him, giving credence to his lies but doing nothing concrete to support his efforts to change the result.) Business groups — traditional Republican allies — also told him to begin the transition.

In the end, Trump did as they told him to do.

For more: The Times’s Matt Flegenheimer and Maggie Haberman write about what Trump liked about being president. One thing he seemed to genuinely enjoy: pardoning turkeys.

Modern A.I.: After analyzing nearly a trillion words of human language, an artificial intelligence system called GPT-3 can write its own poetry and much more. It has even written a few “Modern Love” columns.

From Opinion: Drawing down U.S. troops in the Middle East acknowledges what members of the military have long wrestled with: We failed, writes Timothy Kudo, a former Marine captain. And Bret Stephens and Jamelle Bouie have columns.

Lives Lived: Lady Elizabeth Anson, a cousin to Queen Elizabeth II, was a party planner to rock stars and royals. Among the many, many events she oversaw: Margaret Thatcher’s 80th birthday and Sting’s second wedding. She died at 79.

Subscribers make our reporting possible, so we can help you make sense of the moment. If you’re not a subscriber, please consider becoming one today.

On a recent walk through a business district near my house, I was excited to see that several restaurants were building heated tents — tents that seemed to offer the promise of an occasional restaurant meal this winter. When I got home, I told my wife about them. She replied, “How is that different from indoor dining?”

A lot of people seem to be asking that question this week. James Hamblin, a doctor who writes for The Atlantic, posted this tweet:

To make sense of this, I asked Apoorva Mandavilli, a Times science reporter, for guidance. Her answer: “Outdoors is safe because moving air would instantly dilute any virus that is exhaled. But the second you start adding ‘walls’ to the outdoor space, you cut off the air circulation, and increase the chances of the virus accumulating in that space.”

Apoorva added: “A tent with heaters and with the sides open may be safe enough, and maybe even a space with one ‘wall.’ But those fully zipped up tents? Shudder. They are like virus incubators if anyone infected enters the space with you.”

A campy holiday musical with original songs by Dolly Parton, who plays a homeless angel with lessons for the town Scrooge, played by Christine Baranski. Yes, such a movie exists: “Dolly Parton’s Christmas on the Square.”

Read an in-depth conversation with the cellist Yo-Yo Ma.

The late-night hosts had a lot to say about Trump’s legal team.