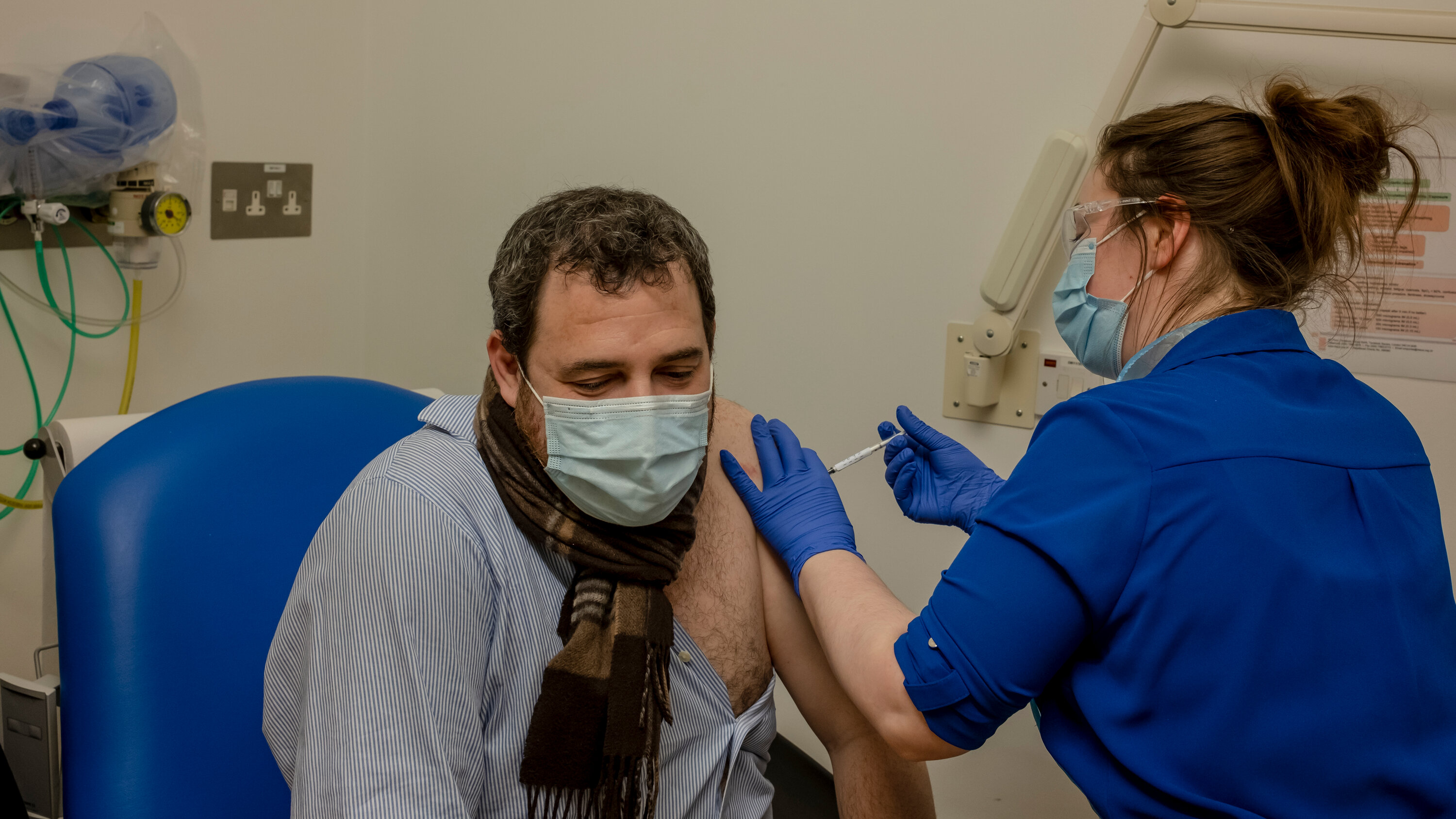 The drug maker AstraZeneca announced on Monday that an early analysis of some of its late-stage clinical trials, conducted in Britain and Brazil, showed that its coronavirus vaccine was 70.4 percent effective, on average, in preventing Covid-19, the latest encouraging sign that vaccines may fulfill their potential as the world’s best hope to help curb a pandemic that has killed more than 1.3 million people.

One particular dosing plan that was tested — giving people a half-dose first and then, a month later, a full dose, rather than two full doses — was 90 percent effective, the researchers said, raising hopes that AstraZeneca could create more vaccine doses using the same supply. Scientists also noted the vaccine could be stored in a standard refrigerator, rather than the intense chill needed with other potential vaccines.

The British-Swedish company, which has been developing the vaccine with the University of Oxford, became the third major vaccine developer this month to announce encouraging early results, following Pfizer and Moderna, which both said that their vaccines were about 95 percent effective in late-stage studies.

AstraZeneca’s results could significantly strengthen the global effort to produce enough vaccine to create population immunity: The price of the shot, at $3 to $4, is a small fraction of that of some other potential vaccines, and AstraZeneca has pledged to make it available at cost around the world at least until July 2021 and in poorer countries in perpetuity. The vaccine can also be manufactured in mass quantities relatively easily; AstraZeneca expects to make up to 3 billion doses next year.

The results were also a reassuring sign about the safety of the vaccine. It came under global scrutiny after AstraZeneca temporarily paused its trials in September to investigate potential safety issues after a participant in Britain developed a neurological illness.

Oxford and AstraZeneca said they would submit the data to regulators in Britain, Europe and Brazil and seek emergency authorization to start distributing the vaccine.

Both regimens called for volunteers to receive two doses, but the regimen that was 90 percent effective involved using a halved first dose and a standard second dose; when volunteers received two standard doses, the results were 62 percent effective. Oxford and AstraZeneca also said that none of the vaccinated people who developed the disease required hospitalization, and that scientists had seen a reduction in asymptomatic infections, suggesting that the vaccine could reduce transmission.

AstraZeneca has said previously that it aims to bring data from its studies of its vaccine being conducted overseas to the U.S. Food and Drug Administration — which would mean that the agency could review and authorize a vaccine before getting late-stage data on how well the vaccine works in American participants. British regulators already have been conducting a so-called rolling review of the vaccine.

“Today marks an important milestone in our fight against the pandemic,” AstraZeneca’s chief executive, Pascal Soriot, said. “This vaccine’s efficacy and safety confirm that it will be highly effective against Covid-19 and will have an immediate impact on this public health emergency.”

Prof. Andrew Pollard, the chief investigator of the Oxford Vaccine Trial, said that “these findings show that we have an effective vaccine that will save many lives.”

He added that, under the more effective dosing regimen, more people could be vaccinated using the same supply. And he said the fact that the vaccine needed only standard refrigerator temperatures for storage, rather than the more extreme temperatures necessary for other coronavirus vaccines, meant that it could be distributed more easily around the world.

The company has said it will be ready to distribute doses around the world beginning in January. Even without delays, however, the vaccine is still a long way from being widely available. Regulators must still assess the study data and decide whether to authorize the vaccine. AstraZeneca must ramp up production and work with government officials to roll out doses. And in the first weeks and months after the vaccine is authorized, it’s expected to be available only to the highest-priority groups, likely health workers first, followed by other vulnerable groups.

Matt Hancock, the British health secretary, said on Monday that Britain could start vaccinating people as early as next month, subject to regulatory approval, with most of the rollout happening in the first few months of next year.

“This is really positive news,” he told the BBC. “We hope that sometime after Easter things will be able to get back to normal.”

The Food and Drug Administration has said that it expects a Covid-19 vaccine to prevent disease or decrease its severity in at least half of people who are vaccinated. That is similar to the effectiveness of seasonal flu vaccines most years. More interim findings from other leading vaccine makers, including Johnson & Johnson, are expected soon.

“Because the vaccine can be stored at fridge temperatures, it can be distributed around the world using the normal immunization distribution system,” Professor Pollard said. “Our goal is to make sure we can have a vaccine that was accessible everywhere. I think we’ve managed to do that.”

The data released on Monday came from AstraZeneca’s Phase 2/3 clinical trial in Britain and its Phase 3 clinical trial in Brazil. The trial has a goal of enrolling more than 12,000 volunteers, and as of the time of the analysis, had enrolled more than 23,000. They were randomly assigned to receive either the coronavirus vaccine or a meningitis vaccine as a control, followed by a booster shot about a month later.

As of early November, AstraZeneca had a total of 23,000 participants in mid- to late-stage trials in Britain, Brazil, South Africa and the United States. Results from its study in the United States are not expected to be available until next year. That trial, which aims to enroll 30,000 participants, was slowed by the safety pause that lasted over a month.