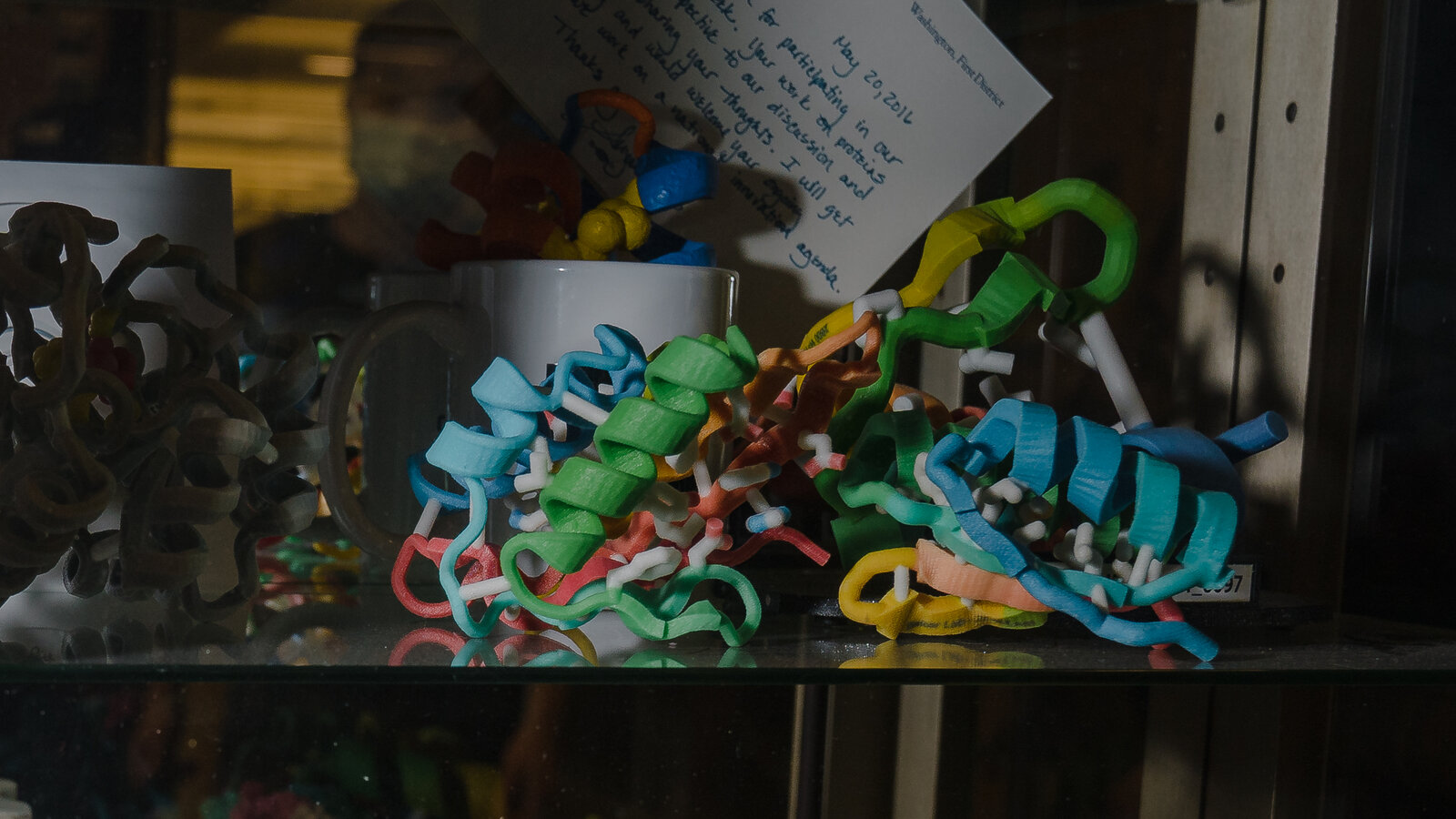 The coronavirus might be new, but nature long ago gave humans the tools to recognize it, at least on a microscopic scale: antibodies, Y-shaped immune proteins that can latch onto pathogens and block them from infiltrating cells.

Millions of years of evolution have honed these proteins into the disease-fighting weapons they are today. But in a span of just months, a combination of human and machine intelligence may have beaten Mother Nature at her own game.

Using computational tools, a team of researchers at the University of Washington designed and built from scratch a molecule that, when pitted against the coronavirus in the lab, can attack and sequester it at least as well as an antibody does. When spritzed up the noses of mice and hamsters, it also appears to protect animals from becoming seriously sick.

This molecule, called a mini-binder for its ability to glom onto the coronavirus, is petite and stable enough to be shipped en masse in a freeze-dried state. Bacteria can also be engineered to churn out these mini-binders, potentially making them not only effective but also cheap and convenient.

The team’s product is still in the very early stages of development, and will not be on the market any time soon. But so far “it’s looking very promising,” said Lauren Carter, one of the researchers behind the project, which is led by the biochemist David Baker. Eventually, healthy people might be able to self-administer the mini-binders as a nasal spray, and potentially keep any inbound coronavirus particles at bay.

“The most elegant application could be something you keep on your bedside table,” Dr. Carter said. “That’s kind of the dream.”

Mini-binders are not antibodies, but they thwart the virus in broadly similar ways. The coronavirus enters a cell using a kind of lock-and-key interaction, fitting a protein called a spike — the key — into a molecular lock called ACE-2, which adorns the outsides of certain human cells. Antibodies made by the human immune system can interfere with this process .

Many scientists hope that mass-produced mimics of these antibodies might help treat people with Covid-19 or prevent them from falling ill after becoming infected. But a lot of antibodies are needed to rein in the coronavirus, especially if an infection is underway. Antibodies are also onerous to produce and deliver to people.

To develop a less finicky alternative, members of the Baker lab, led by the biochemist Longxing Cao, took a computational approach. The researchers modeled how millions of hypothetical, lab-designed proteins would interact with the spike. After sequentially weeding out poor performers, the team selected the best among the bunch and synthesized them in the lab. They spent weeks toggling between the computer and the bench, tinkering with designs to match simulation and reality as closely as they could.

The result was a completely homemade mini-binder that readily glued itself to the virus, the team reported in Science last month.

“This goes a step further than just building off natural proteins,” said Asher Williams, a chemical engineer at Cornell University who was not involved in the research.If adapted for other purposes, Dr. Williams added, “this would be a big win for bioinformatics.”

The team is now fiddling with deep-learning algorithms that could teach the lab’s computers to streamline the iterative trial-and-error process of protein design, yielding products in weeks instead of months, Dr. Baker said.

But the novelty of the mini-binder approach could also be a drawback. It’s possible, for instance, that the coronavirus could mutate and become resistant to the D.I.Y. molecule.

Daniel-Adriano Silva, a biochemist at the Seattle-based biopharmaceutical company Neoleukin, who previously trained with Dr. Baker at the University of Washington, may have come up with another strategy that could solve the resistance problem.

His team has also designed a protein that can stop the virus from invading cells, but their D.I.Y. molecule is slightly more familiar. It is a smaller, sturdier version of the human protein ACE-2 — one that has a far stronger grip on the virus, so the molecule could potentially serve as a decoy that lures the pathogen away from vulnerable cells.

Developing resistance would be futile, said Christopher Barnes, a structural biologist at the California Institute of Technology who partnered with Neoleukin on their project. A coronavirus strain that could no longer be bound by the decoy would probably also lose its ability to bind to the real thing, the human version of ACE-2. “That is a big fitness cost to the virus,” Dr. Barnes said.

Mini-binders and ACE-2 decoys are both easy to make, and are likely to cost just pennies on the dollar compared to synthetic antibodies, which can carry price tags in the high thousands of dollars, Dr. Carter said. And whereas antibodies must be kept cold to preserve longevity, the D.I.Y. proteins can be engineered to do just fine at room temperature, or in even more extreme conditions. The University of Washington mini-binder “can be boiled and it’s still OK,” Dr. Cao said.

That durability makes these molecules easy to transport, and easy to administer in a variety of ways, perhaps by injecting them into the bloodstream as a treatment for an ongoing infection.

The two designer molecules also both engage the virus in a super-tight squeeze, allowing less to do more. “If you have something that binds this well, you don’t have to use as much,” said Attabey Rodríguez Benítez, a biochemist at the University of Michigan who was not involved in the research. “That means you’re getting more bang for your buck.”

Both research groups are exploring their products as potential tools not only to combat infection but also to prevent it outright, somewhat like a short-lived vaccine. In a series of experiments described in their paper, the Neoleukin team misted their ACE-2 decoy into the noses of hamsters, then exposed the animals to the coronavirus. The untreated hamsters fell dangerously ill, but the hamsters that received the nasal spray fared far better.

Dr. Carter and her colleagues are currently running similar experiments with their mini-binder, and seeing comparable results.

These findings might not translate into humans, the researchers cautioned. And neither team has yet worked out a perfect way to administer their products into animals or people.

Down the line, there may yet be opportunities for the two types of designer proteins to work together — if not in the same product, then at least in the same war, as the pandemic rages on. “It’s very complementary,” Dr. Carter said. If all goes well, molecules like these could join the growing arsenal of public health measures and drugs already in place to fight the virus, she said: “This is another tool you could have.”