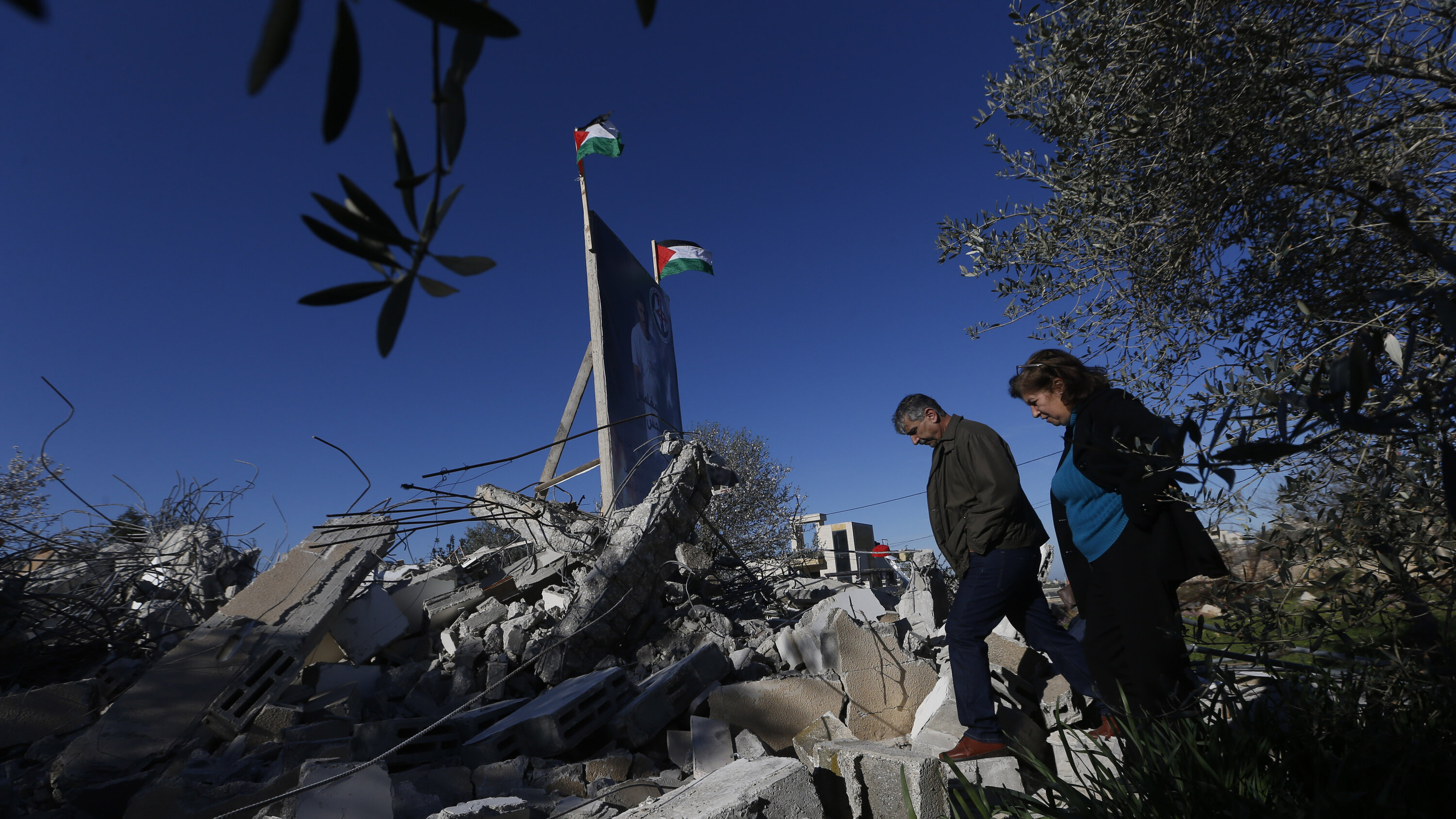 JERUSALEM — In a bold move to refurbish their sullied image in Washington, the Palestinians are laying the groundwork for an overhaul to one of their most cherished but controversial practices, officials say: compensating those who serve time in Israeli prisons, including for violent attacks.

That policy, which critics call “pay to slay,” has long been denounced by Israel and its supporters as giving an incentive to terrorism because it assures would-be attackers that their dependents will be well cared for. And because payments are based largely on the length of the prison sentence, critics say the most heinous crimes are the most rewarded.

In a bipartisan rebuke to the system, Congress repeatedly passed legislation to reduce aid to the Palestinians by the amount of those payments. The payments were cited by the Trump administration when it cut off funding and took other punitive measures against the Palestinians starting in 2018.

Now, however, Palestinian officials eager to make a fresh start with the incoming Biden administration — and to have those punitive measures rolled back — are heeding the advice of sympathetic Democrats who have repeatedly warned that without an end to the payments, it would be impossible for the new administration to do any heavy lifting on their behalf.

The proposal being hammered out in Ramallah would give the families of Palestinian prisoners stipends based on their financial need instead of how long they are behind bars, said Qadri Abu Bakr, the chairman of the Palestinian Authority’s Prisoners Affairs Commission.

“Economic need must serve as the basis,” Mr. Abu Bakr said in a phone interview. “A single man should not be earning the same as someone with a family.”

The plan, which has not been publicly announced, is only the latest in a flurry of moves the Palestinians are making to try to reboot their international relations. On Tuesday, they acquiesced to widespread diplomatic pressure and resumed cooperation with Israel on security and civil matters after a six-month boycott. And on Wednesday, they said they had returned their emissaries to the United Arab Emirates and Bahrain, after recalling them in protest of those countries’ normalization agreements with Israel.

The details of the proposed changes to the prisoner payment system have not been finalized, Mr. Abu Bakr said, and will require the approval of the Palestinian Authority president, Mahmoud Abbas.

It is not yet clear whether de-linking the payments from the crime will satisfy the system’s strongest critics if any payments to prisoners continue.

But the proposal is almost certain to stir intense pushback from many Palestinians, who have long revered prisoners as heroes and freedom fighters.

The status of prisoners may be the most emotionally charged issue on the Palestinian street: One of the biggest protest movements in the West Bank in recent years was in support of prisoners who mounted a hunger strike in 2017. In May, when some Palestinian banks complied with an Israeli military order barring them from distributing the payments to the prisoners’ families, gunmen opened fire on several of the banks’ branches.

The Palestinians have made payments to prisoners of Israel for decades, defending them as critical compensation for an unfair military justice system, and necessary to provide income for families who have lost their primary breadwinners.

Under the current system, the Palestinian Authority pays larger stipends to prisoners who have spent longer times in prison, with little regard for their families’ economic welfare. For example, someone who has spent 35 years in prison could earn thousands of dollars a month; someone in prison for four years might receive hundreds.

Ashraf al-Ajrami, a former minister of prisoner affairs, said he fully expected that the public “would respond angrily” to the proposed changes. But he acknowledged that the Palestinian Authority was eager to change the system because of the diplomatic toll it had taken.

Asked about the plan, relatives of inmates expressed disbelief and disgust.

“This is 100 percent unacceptable and shameful,” said Qassam Barghouti, the son of Marwan Barghouti, who was convicted by Israel of five counts of murder and is serving multiple life sentences.

“The prisoners are not a social welfare issue,” he added. “People are paid more for spending longer periods of time in prison to recognize their sacrifices: The more time you spend behind bars, the greater your value to your society is.”

“We shouldn’t be delivering salaries to people for doing nothing,” he said, noting that his commission had already distributed questionnaires to former prisoners about their job preferences. “They should work for them.”

Officials said they also planned to overhaul payments to families of assailants and others killed by Israelis — another extremely sensitive issue among Palestinians, who refer to them as martyrs. While officials said the Palestinians intended to start strictly tying these payments to financial need, the details of how they would do so remained unclear.

The details will matter. Israelis who have harped on the payments for years said they would need to be convinced that the changes were more than cosmetic.

“They finally understand that they have to do something,” said Yossi Kuperwasser, a retired general in military intelligence who is one of most outspoken critics of the payments. “That’s a good thing. But we need to be watchful. I’m still suspicious.”

And some critics consider any payments to the families of prisoners too much.

“A terrorist needs to know that when he takes part in terrorism, his family won’t receive any money from the Palestinian Authority because he has entered prison in Israel,” said Avi Dichter, a Likud lawmaker.

Since early last year, Israel has pressured the Palestinians to stop the payments by withholding part of the more than $100 million it collects in taxes each month on their behalf.

Talks aimed at getting the Palestinians to end the system took on urgency about two months ago, several people involved said. Nickolay Mladenov, the United Nations envoy to the Middle East, along with diplomats from Norway and Germany, were described as instrumental in pressing the Palestinians.

As a Biden victory began to look more likely, Washington think tanks organized numerous Zoom calls with Palestinian officials in which Democratic officials explained why it was vital to end the payment system if the Palestinians had any hope of getting Mr. Biden to undo the Trump administration’s moves — like reopening a Palestinian diplomatic mission in Washington that Mr. Trump had shuttered.

Mr. Biden and his running-mate, Kamala Harris, have promised to restore at least some aid and to reopen the diplomatic mission.

But as a practical matter, participants in the calls told the Palestinians, the Biden administration — with little bandwidth for the Middle East and needing to husband every bit of its political capital — would be unable to do much for them unless “pay to slay” was abolished. An act of Congress requires that system to be reformed before much of the aid can be restored.

A State Department official said that the United States “strongly condemns the Palestinian Authority’s practice of paying terrorists or their families, and would welcome its immediate cessation.”

Nimrod Novik, a former aide to Prime Minister Shimon Peres and longtime advocate for a two-state solution, said that Palestinian leaders were readily persuaded. But it remained for them to come up with a formula that would satisfy scrutiny from both sides of the conflict, and then to figure out how to “put a bulletproof vest around it” to withstand what was expected to be an angry response from the Palestinian public.

Like others apprehensive about popular dissatisfaction, Mr. Novik questioned the wisdom of publicly discussing the proposal now.

“The way to sell it is if it comes in a package,” Mr. Novik said, such as in exchange for a concrete move by the incoming Biden administration. “Now, it’s in isolation, as a down payment for good will. Once it’s in the public domain, the price will be paid.”